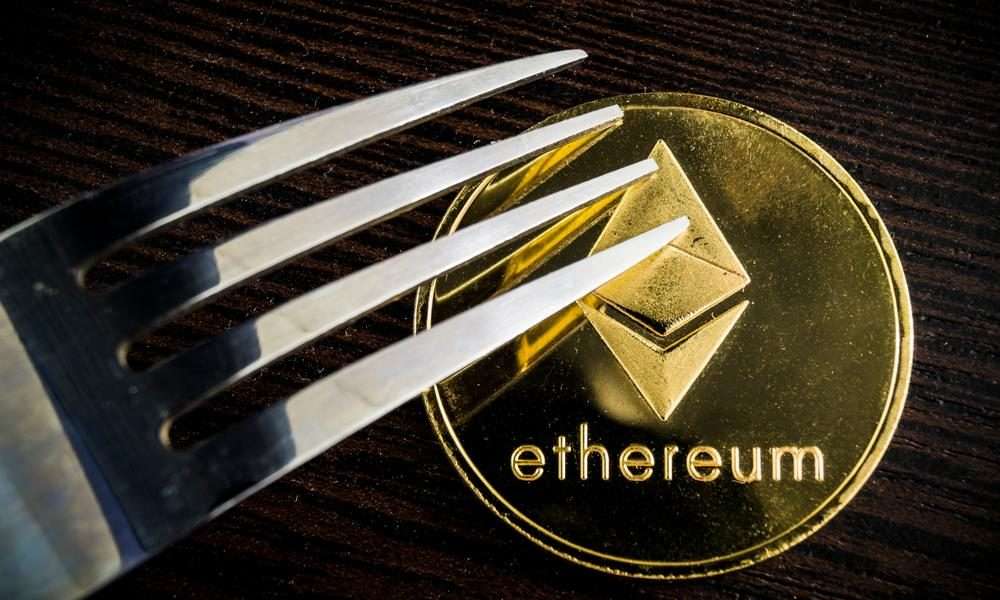 Istanbul, Ethereum‘s eighth hard fork, was successfully activated today, 0:25 UTC at block number 9.069.000. After Constantinople, it is already the second hard fork of this year that the ETH developers made. The system-wide upgrade was activated without any problems, as Eric Conner, developer of Gnosis and founder of Ethhub.io, announced.

Ethereum has officially forked for Istanbul at block 9,069,000.https://t.co/3eW2NQKFhQ

Vitalik Buterin added that Sparkpool was the first miner of an Istanbul block.

Congrats to @sparkpool_eth for mining the Istanbul fork block!

As CNF reported, there was no “pre-fork-hype” not only among the investors, but also among the client operators of the Ethereum network. Three days before the Istanbul hard fork, only 41 percent of all clients had updated to the new software. Even about 10 hours before the fork, the rate was still only 48 percent. About seven hours after Istanbul, at the time of writing, the rate of “Istanbul-ready” clients reached 61 percent, as the data from ethernodes.org show.

This means that the proportion of clients has risen above 50 percent. Nevertheless, 39 percent of all clients are still not updated, which means that they now interact with the pre-fork blockchain and are not able to send Ether (ETH) or work on the Ethereum network. However, the impact on Ethereum’s hashrate seems small.

As the data from Coinwarz show, the hashrate of the Ethereum network has remained relatively stable. At the time of writing (05 December, 7:00 UTC), the hashrate was around 176 TH/s and thus showed no noticeable decrease. In this respect, all important mining pools seem to have installed the new software. 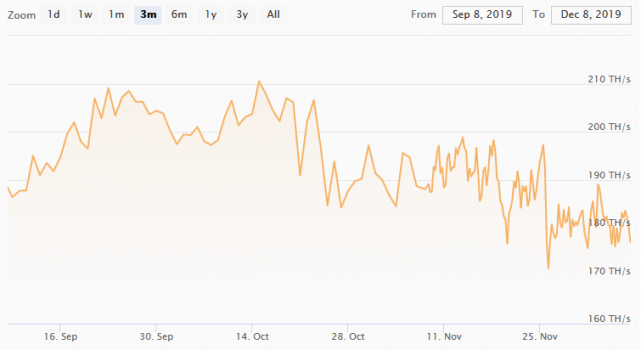 The Istanbul hard fork included a total of six Ethereum Improvement Proposals (EIPs), none of which were controversial. The six EIPs included primarily technical improvements that align the cost of opcodes with their computing costs, improvements in resistance to denial of service attacks, layer 2 solutions based on SNARKs and STARKs, and increased interoperability between Ethereum and ZCash. The reduced gas costs enabled by Istanbul’s EIPs are intended to increase the bandwidth in the blockchain and form the basis for the advancement of zk-SNARKs.

Two days before the upgrade, there was a moment of shock. The Ethereum client Parity released an urgent message to Parity users. The developers of the client forgot to implement the EIP 1344. As a result, Parity announced on December 5th that anyone using Parity will have to upgrade again. Since Parity is the second most important client in the Ethereum network after Geth, with about 23 percent, the announcement caused a stir.

Core developer and Ethereum Foundation member Hudson Jameson said in the “AllCoreDevs” Gitter chat that if Parity clients were not updated in time, a new chain could emerge, causing double spending. However, the worst case, as Jameson describes it, did not occur:

According to @ppratscher’s site ethernodes Parity represents about 23% of the network and is commonly used by major miners and exchanges. Since we are in a time where these service providers have a lot more coins to deal with they may not have checked 1 tweet that Parity sent out. I fear if 1-2 major exchanges stay on the old fork and 1-2 major mining pools mine the old chain it will cause confusion and in a more severe case double spends

The Ethereum price has shown a sideways trend in the last few days in line with the current market trend and is around 149 US dollars.