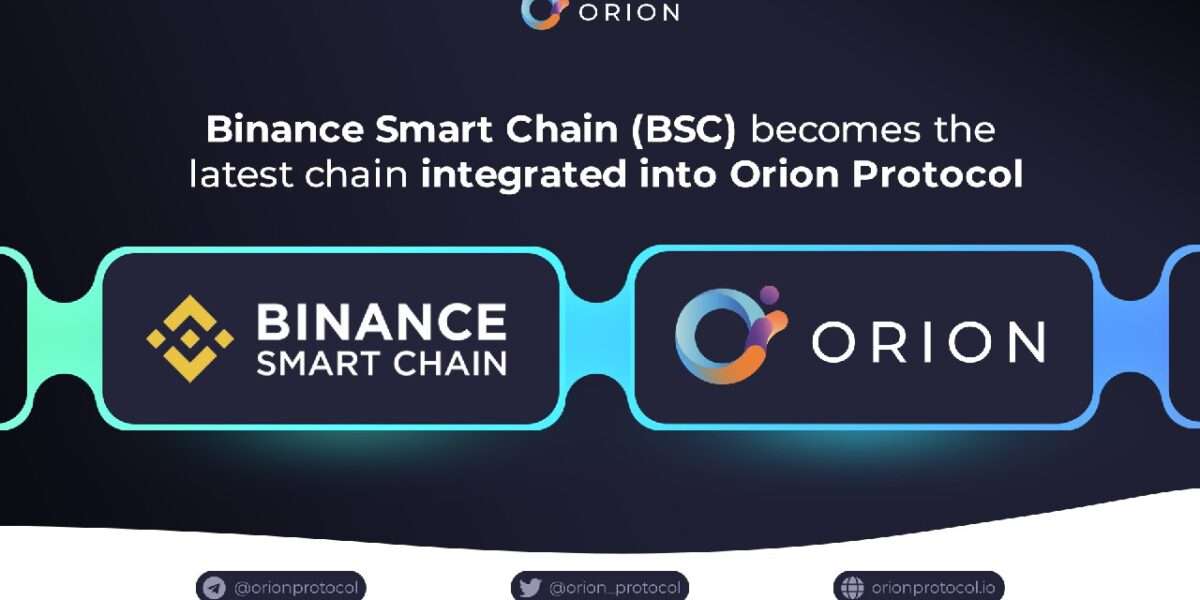 The Orion Protocol continues to make strong development progress on its path to the mainnet. The team announced today that it will extend its Orion Terminal to the Binance Smart Chain, after initially launching the service on the Ethereum blockchain on December 15th last year.

The liquidity aggregator, which builds a decentralized gateway to the entire crypto market, grants its users access to liquidity from well-known exchanges such as Binance, KuCoin and BitMax without opening an account. In addition, users can also access decentralized alternatives such as Uniswap with near-zero slippage.

For the planned mainnet launch in March, the integration of the Binance Smart Chain will primarily mean a significant reduction in costs and increased transaction speed. Orion Protocol CEO Alexey Koloskov said:

As a decentralized gateway to the entire digital asset market, we have always been chain-agnostic. Expanding to Binance Smart Chain and other blockchains is a natural move for Orion Protocol, as it gives our users more freedom to transact across the crypto sphere.

As Koloskov also noted, the Binance Smart Chain has made a splash in recent weeks, receiving growing demand in light of the high transaction fees on Ethereum that prevent smaller investors from using DeFi. The Binance Smart Chain features fees that are only a fraction of those on Ethereum. To leverage this and other advantages, Koloskov is planning to become a validator on the BSC network “to take a more active role in its advancement”.

“The implementation of the BSC into the Orion terminal s already underway, with the latest updates to the Terminal set to be live imminently”, the CEO revealed. Also, Orion’s expansion to BSC promises “to halve wait times for off-chain order execution and on-chain order settlement“.

In addition to the Binance Smart Chain integration, the Orion Protocol team is also already working on its next project, Elrond, with more chains to be announced in the coming weeks.

The biggest advantage of Orion Protocol here compared to other multi-chain aggregators is that users can trade with the native tokens of the respective blockchain, such as BNB or EGLD, without any noticeable restriction or hurdle for the user.