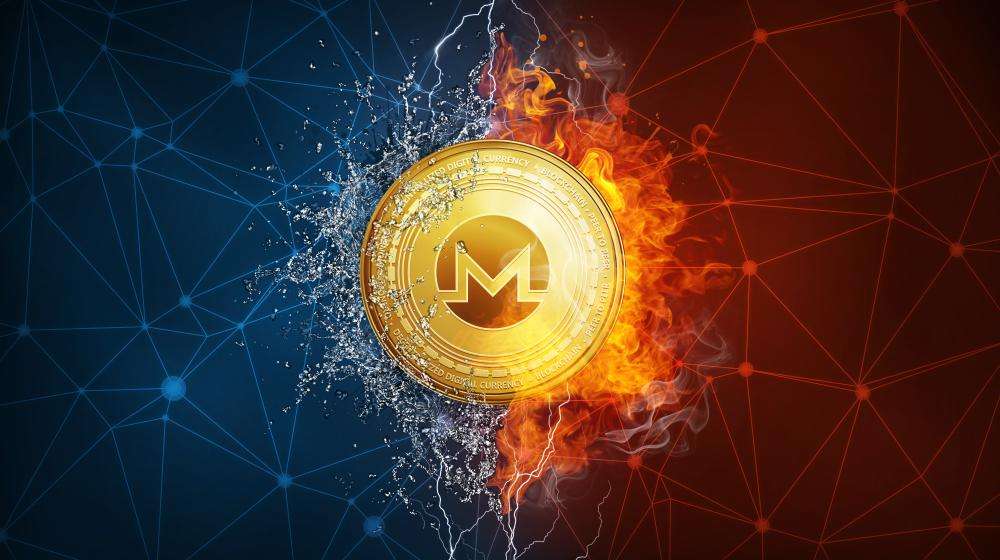 The crypto market is currently experiencing a strong start to 2020, with some cryptocurrencies such as Bitcoin, Litecoin and Chainlink reaching new record prices. The last months of 2019 were marked by a continuing downward trend. However, the trend appears to be reversing. The price of Monero follows the bullish sentiment. At the time of publication, the privacy coin recorded a plus of 2.38% within the last 24 hours and 29.18% in the last week.

As a result, the it has moved into the top 10 cryptocurrencies by market capitalization with a total of $1,007,034,723.00, displacing Cardano and Stellar Lumens to 11th and 12th positions respectively. However, some experts anticipate a downward correction for Monero initially with support at $51, which could change the outlook for the top 10.

Although Monero has established itself as the ultimate privacy coin, this has had both negative and positive effects. For example, the privacy coin has been banned from several exchanges because it is considered not to comply with regulations. On the positive side, two prominent industry figures have shown their support for Monero and the technology behind privacy coins. Brian Armstrong and John McAfee have endorsed Monero because its privacy features will be of great importance in the long term.

The Coinbase’s CEO issued a publication on the future of the ecosystem and blockchain technology for 2020. Armstrong said that the scalability of a blockchain will be a prerequisite for its adoption, but that privacy must also be integrated to enter the mainstream. Armstrong said:

I believe we’ll eventually see a privacy coin or blockchain with built in privacy features get mainstream adoption in the 2020s.

On the other hand, security pioneer and former software developer John McAfee stated that the Bitcoin technology is outdated. For McAfee, Ethereum and Monero have features with greater potential and larger use cases than Bitcoin. He explained this in a series of tweets in which he cancelled his bet that the price of Bitcoin will rise to over $1 million by the end of 2020.

As mentioned, Monero will have great relevance in the coming years. The technology behind the privacy coin has been confirmed by important institutions, such as Europol. In a Blocchain Alliance webinar, EC3 official Jerek Jaubcek said that the use of Tor and Monero makes any transaction impossible to track. Unlike the Bitcoin and Ethereum transactions that could be traced. The European police force was unable to complete a successful trace and concluded that privacy coins are a security risk.

Crypto News Flash does not endorse and is not responsible for or liable for any content, accuracy, quality, advertising, products, or other materials on this page. Readers should do their own research before taking any actions related to cryptocurrencies. Crypto News Flash is not responsible, directly or indirectly, for any damage or loss caused or alleged to be caused by or in connection with the use of or reliance on any content, goods, or services mentioned.
Monero XMR
Previous ArticleReport: This is why Stellar Lumen’s inflation system has failed
Next Article Primority and EVRYTHNG revolutionize the supply chain with the IOTA Tangle