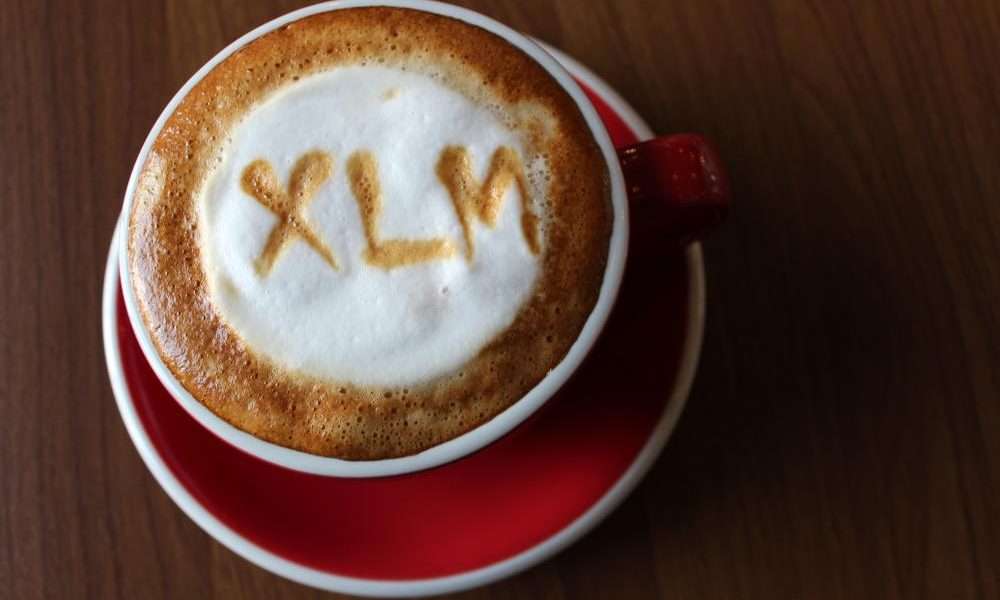 In a new report, Coinmetrics has examined the reasons for the expiration of the Stellar Lumens (XLM) inflation system and the impact on Stellar’s on-chain metrics. As the study notes, each crypto network has a different way of dealing with inflation. Bitcoin, for example, has a maximum supply and the Halvings, both of which are fixed in the protocol. Ethereum‘s issuance has been adjusted several times since 2017 and was recently reduced from 3 ETH to 2 ETH per block (plus the Uncle Reward).

The Stellar network had a unique inflation system until October 2019, where XLMs were created and distributed to XLM holders at a rate of 1% per year. Each Stellar account (with at least 0.05% of the offer) could designate an “inflation target” account that received the XLM. However, since the Stellar Foundation (SF) controlled 80 percent of the offering, much of the inflation issue was transferred to the SF.

As Coinmetrics writes, the inflation pools that were created to reach the 0.05% limit were claimed by people who were not actively working on development projects. Exchanges like Binance and Poloniex also indulged in the process and distributed their proceeds to their XLM holders. In total, the report identified 1,087,306 addresses as targets for inflation payments, representing only 18.3% of the accounts created before the end of the inflation process. 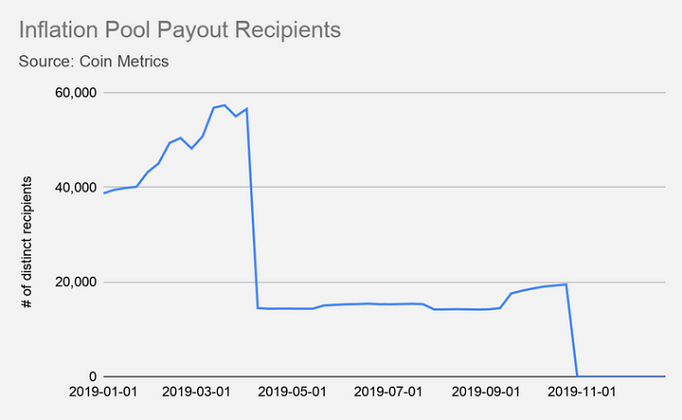 The above chart thus shows that only a few thousand participated in the inflation process and benefited from it, as Coinmetrics writes:

The largest amount, as described above, went to the Stellar Foundation (98%). However, this was just 834,000 XLMs, which at the current price is about $41,000 USD. An efficient funding of the project was therefore by no means possible. However, the money was not intended to support the SF but external projects. Coinmetrics therefore drew the following conclusion:

Furthermore, since 98% of the newly created money went to the SDF despite it controlling 80% of the total supply, the inflation process arguably worsened inequities.

The Stellar inflation process was an interesting economics experiment. Analyzing it draws parallels with current hot topics like the Cantillon effect. It also helps in showing that each network has idiosyncrasies that have to be taken into account in order to better understand its activity and usage.

After the end of the inflationary process, the Stellar Foundation decided to “burn” 55 billion XLM (out of 85 billion XLM in its own possession). This reduced the offer to 50 billion XLM. The decision was to increase the value of each XLM token.

In late December last year, the Stellar Development Foundation also published a funding plan for the next 10 years. A large part of the approximately 30 billion XLM still owned by the Foundation will be used for the further development of the project and use-case investments.