After a few days of moving sideways, the king of the market Bitcoin will continue to dominate the kingdom of cryptocurrencies for a long time to come.

During the last few days, we’ve been able to appreciate how Bitcoin (BTC) has returned to its volatile origins and has achieved a significant breakthrough to the $8,300 level at the time of writing this post, and with it, brings a market shake-up for the rest of the cryptocurrencies. We’re going to highlight the upward movements in some of the main altcoins. 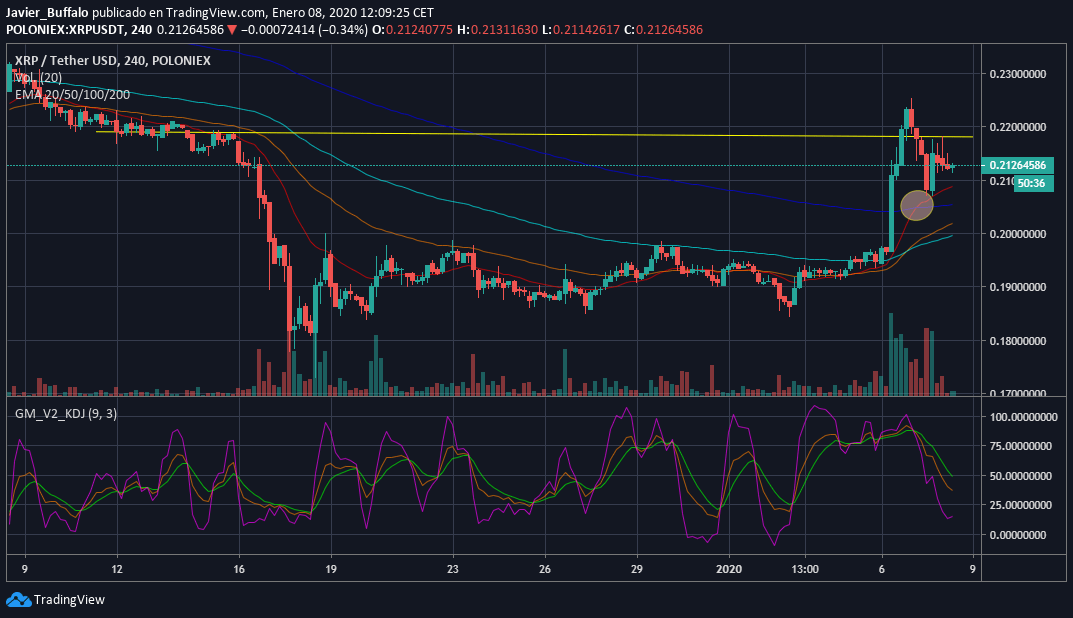 Ripple, the third largest cryptcurrency in the market, according to Coinmarketcap data, has achieved a significant upward movement with good volume, causing a break in the 200-period EMA and carrying the upward crossing of the 50-period Exponential Moving Average (red line) above the rest of the averages, this movement shows optimism for the price of XRP in the short term.

Right now, the token is trading at around $0.212, starting a small correction after reaching a high yesterday of $0.225, following the announcement of the world’s largest cryptocurrency exchange, Binance, and the launch of XRP futures contracts on the exchange, which will allow up to a leverage of x75 – great news for XRP traders.

For trading options, we will remain optimistic as long as the price does not break the 200-period EMA. The price could be headed for the EMA 50, before trying to overcome the resistance we have set at $0.218 (yellow line) where we see important wicks in the candlestick close, motivated by bear pressure. 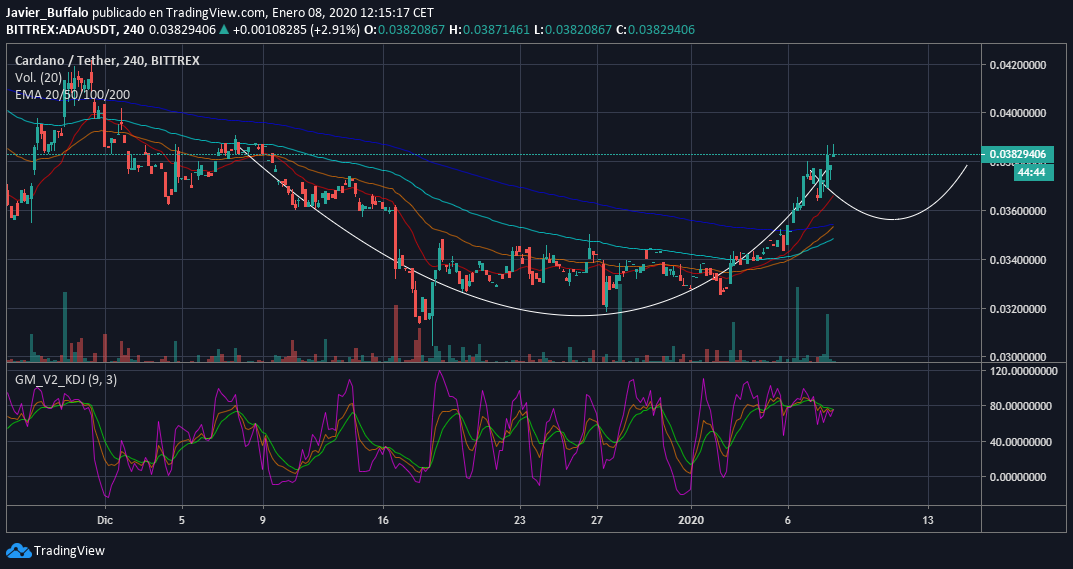 The ADA/USDT is also trading in an upward direction, and could be forming a cup-and-grip pattern that would imply a change in trend if completed. The price would currently be at the neck of the figure formation ($0.38) but could correct to complete the figure in the range of $0.35-0.36. However, we also see short-term upward signs, as reflected by the Exponential Moving Averages.

Cardano is another cryptocurrency that gives a lot to talk about, and that is that their charismatic leader does not leave anyone indifferent with his statements. Charles Hoskinson assures that Cardano will replace Bitcoin as leader of the cryptocurrency space, it remains to be seen if he will be able to fulfill that promise, but for now, the team is moving forward and they have already announced the launch of Haskey Shelley tesnet. 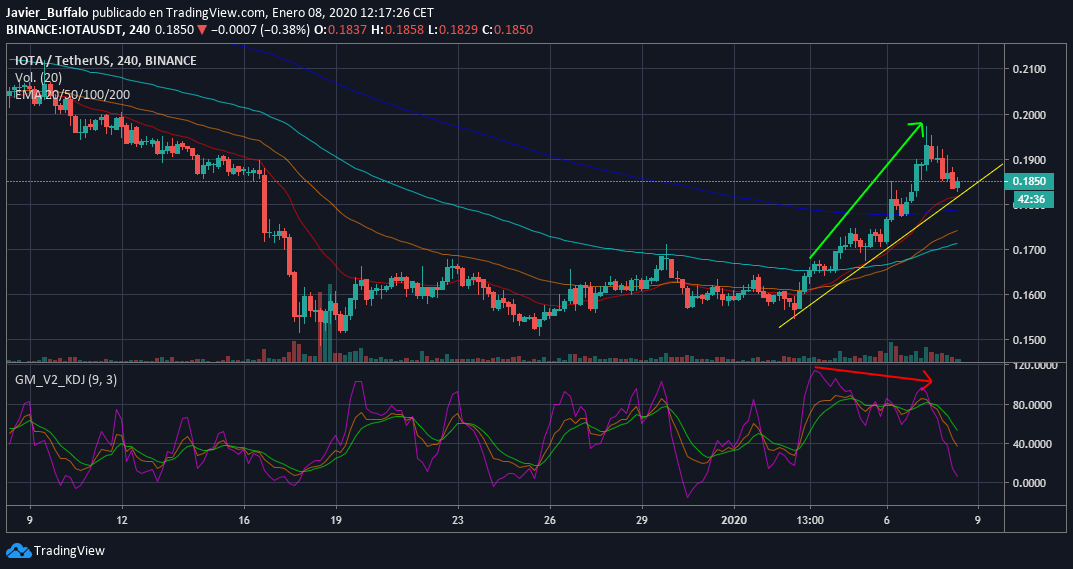 The Internet of Things’ cryptocurrency IOTA is moving a bit lately, so that the chart is showing an accelerated upward trend, but we will not know if it will be able to maintain it, as the indicators may suggest a slight decline, as shown by the bearish divergence formed in the KDJ indicator. A correction to 0.17$-0.175$ would be the most likely option at this point.

The strongest resistance is at $0.20, which is an important psychological point for the bulls to show their full potential and start an important rally.