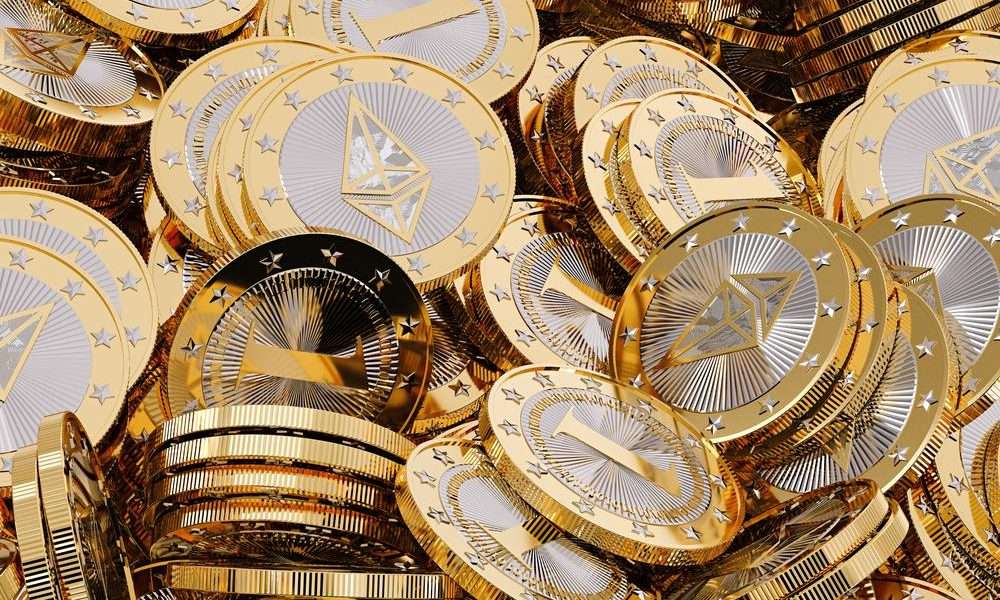 Ethereum‘s DeFi sector has broken the $3 billion milestone in Total Value Locked (TVL). In just one month, the sector has received over $1.5 billion from investors, with new success stories being written all the time. Growth in recent weeks has been driven by Compound, Aave and Kyber, among others.

However, within the last days a new shooting star emerged with the Curve protocol which reached $337 million in TVL after receiving $226 million since last Friday. The protocol attracted investors after one of its components, the yearn.finance protocol, launched the YFI governance token. The token allows for increased profits for Curve’s liquidity providers who receive YFI as an incentive.

Curve operates under the yearn.finance protocol, as mentioned above, to offer interest earnings to users who make liquidity deposits. The second of these protocols takes the funds it receives to place them in other loan protocols (Compound, dXdY, Aave) and generate profits.

Yearn Finance launched YFI with the aim of allowing users to manage the platform and warned its users that initially the token would be worthless. However, just under 24 hours after its launch the token was showing a 2,000% gain. Investors rushed to receive the token in order to access the 1,000% interest earnings it offers.

Data from the Dune platform shows how the liquidity for Curve skyrocketed with the launch of YFI.

Additionally, the total volume of the protocol also experienced a significant increase. On July 19 alone, when YFI was launched, Curve’s total volume reached an all-time high of $85 million and a total trading volume of $116 million over the past week. 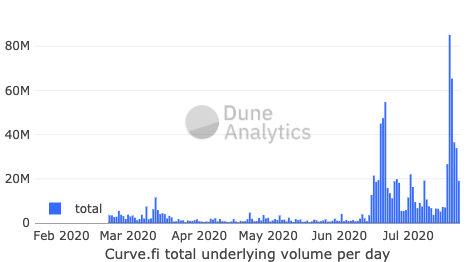 Doubts about the sustainability of the current DeFi boom?

However, the success of the DeFi sector has raised concerns among some members of its ecosystem. CEO and founder of the Aave loan protocol, Stani Kulechov, stated that yield farming is bad for the Ethereum DeFi sector. Concerned about the sustainability of the sector, Kulechov said it is better to focus on creating incentives for users to do “safety farming”, as Kulechov stated:

As the DeFi protocols grow substantially, the key for adoption is that we don’t fuck this permissionless future up. Instead of Ambulance chasing for yields and LPs, incentives should be aligned towards “Safety Farming”.

Kulechov added that Bitcoin and Ethereum have incentives for their users to secure the network rather than focus only on profit. With this in mind, the CEO of Aave suggested that incentives should be created to reward users who make DeFi products safe. Otherwise, the sustainability of the sector could be threatened.