According to the trader, Crypto.bi, the Cardano blockchain has registered a steep increase in the number of active nodes. It have been increasing in recent days, in its most important record the ADA blockchain has doubled by 100% to the level of blocks 146,357 and 146,358. 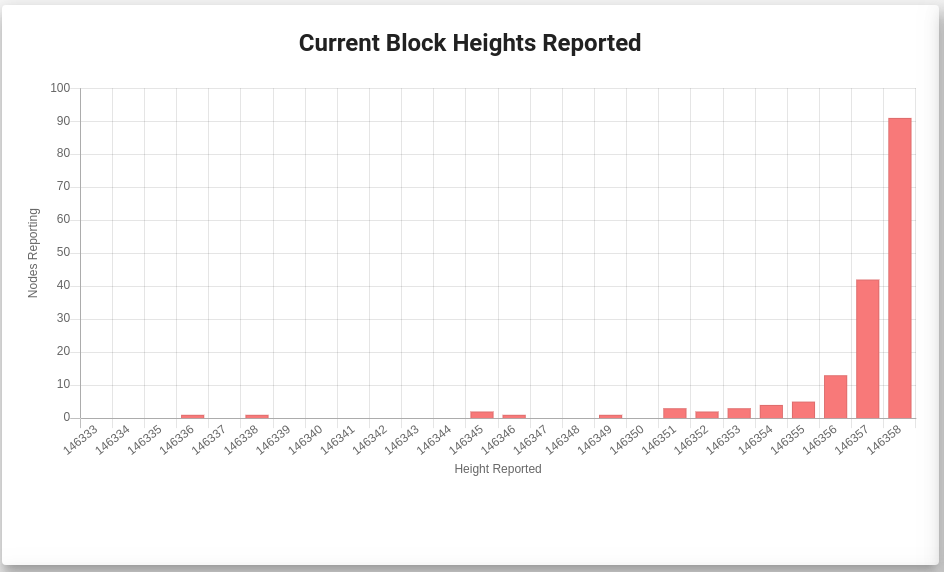 The increase in the number of active nodes in the Cardano network, as stated by Crypto.bi, is not yet reflected in its price performance. At the time of publication, ADA is trading at $0.053 USD with a slight downward movement of 3.27% in the last 24 hours. However, in the weekly and monthly charts Cardano registered a rise of 22.45% and 61.41% respectively.

Crypto.bi claims that the price should be higher, according to Metcalfe’s law. This law states that the value of a network is directly proportional to the number of active nodes that confirm it. In other words, the law proposes that the more adoption and users a given network has, the greater its value will be. Therefore, Crypto.bi said:

Per Metcalfe’s law, the value of the network is N squared. So, the Cardano ADA net has quadrupled its value in one block.

However, other members of the cryptocommunity do not agree with the conclusions of Crypto.bi. Specifically, JunSeek91 noted that while it is true that Cardano has seen an increase in the number of nodes, Crypto.bi confuses the number of nodes reporting their block height with the total number of active nodes.

Charles Hoskinson was part of the Battle of the blockchains forum with Aertenity founder Yanislav Malahov. During the forum, Hoskinson took the opportunity to discuss the progress of the crypto-ecosystem and the growth of Cardano. Hoskinson stated that managing the growth in number of users and the scalability of the network is a complex task.

On the other hand, Cardano has made significant progress in terms of partnerships and cooperation. As reported by CNF, Cardano won two new partners at the World Economic Forum in Davos 2020, ScanTrust and Barkman Klein Center. The cooperation with ScanTrust will consist of developing a proof of concept for intelligent packaging solutions, a tool for authenticity and product origin based on blockchain technology.

The cooperation with the Berkman Klein Center of Harvard University will include a scholarship to “study the governance of blockchains”. Charles Hoskinson, CEO of the IOHK, was pleased with the new partnership and the improvements it will bring to the entire crypt-ecosystem.

Other important partnerships for Cardano are those with Finkda Advisors and Dust Identity. Both partnerships are aimed at improving the capabilities of companies and incorporating Cardano’s technology and capabilities into their operations.