According to data from the Glassnode analysis platform, fundamental Bitcoin metrics show that the bullish sentiment continues in the crypto market. Despite the sudden crash in the price of BTC, the platform records a sustained increase in the number of non-zero balanced Bitcoin addresses and is at an all-time high at the time of publication. According to crypto community member Income Sharks, active non-zero balance addresses are even higher than when BTC reached its all-time high (20,000 USD) in late 2017.

The number of Bitcoin addresses with a non-zero balance at the time of publication is 28,728,292, 3 million more than the all-time high. Since the end of November 2019, the increase has also been exponential. According to Glassnode, the number of new addresses has increased by about 1 million since November. It is also noteworthy that the figure has not fallen with the price drop of BTC in recent days. 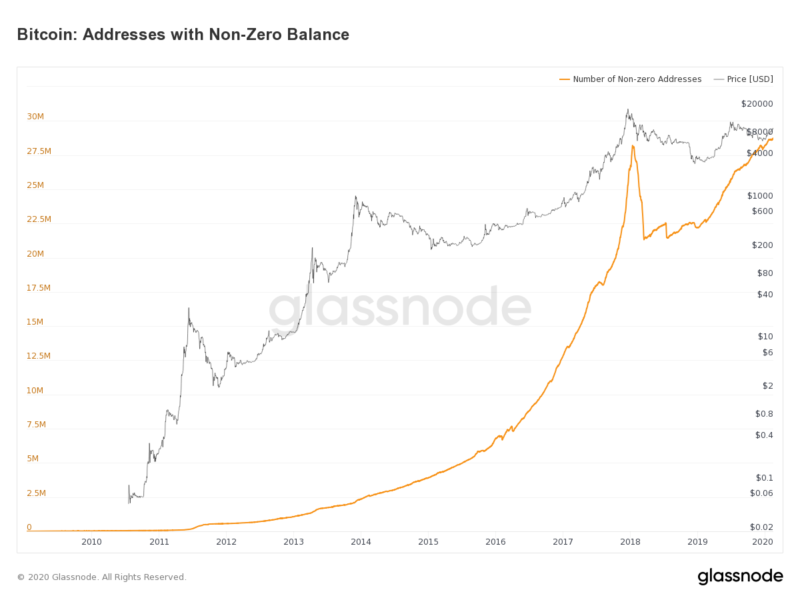 Another important metric to represent the bullish sentiment on the market is the number of total Bitcoin addresses which stood at 615,873,032 on February 21. This metric has been steadily increasing during 2019 and continues its trend in 2020, as shown in the following chart: 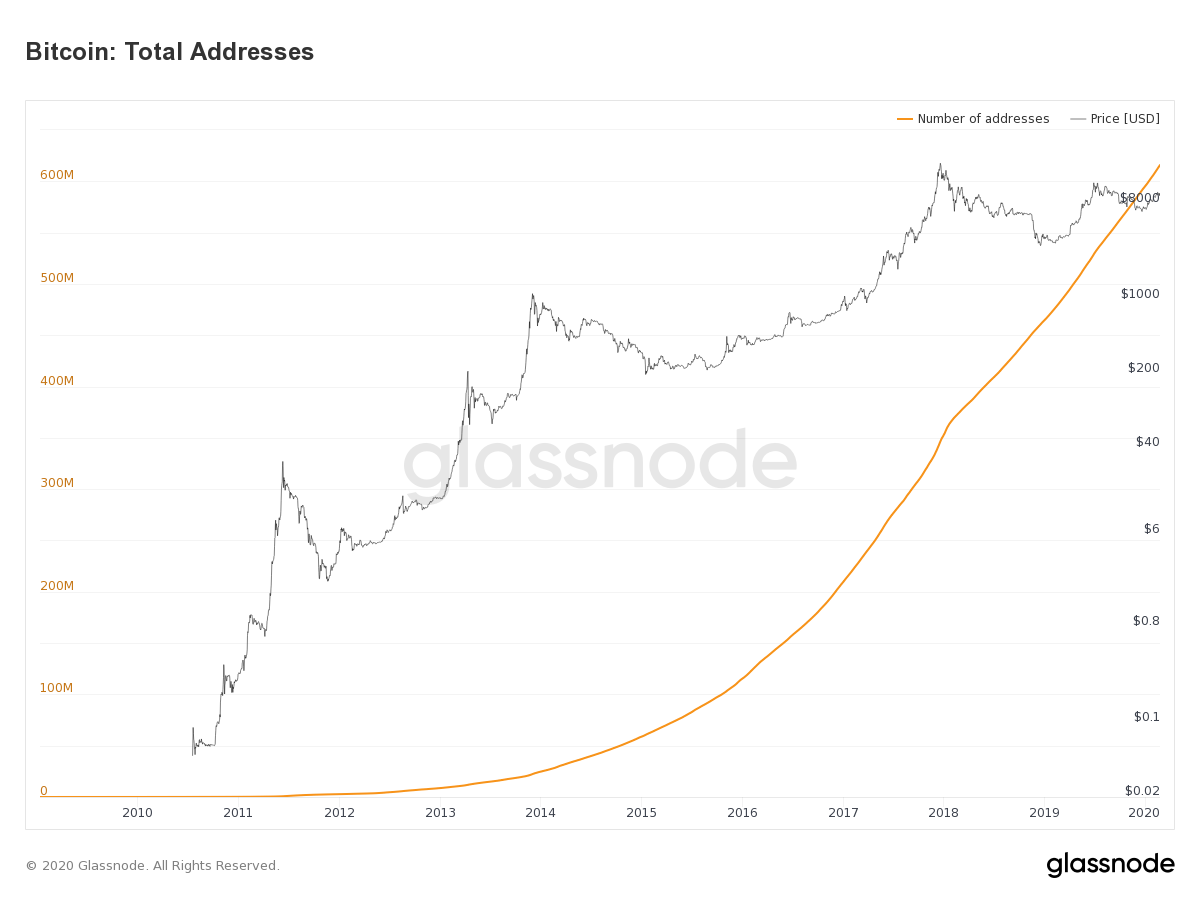 Of this number, 770,000 were active on February 21. Also Glassnode reflects that there has been an increase in the number of addresses that have more than 1 BTC and although there was a slight decrease during the bear market of the last quarter of 2019, the metric has rebounded and was at 787,380 when Bitcoin stood at 10,280 USD. 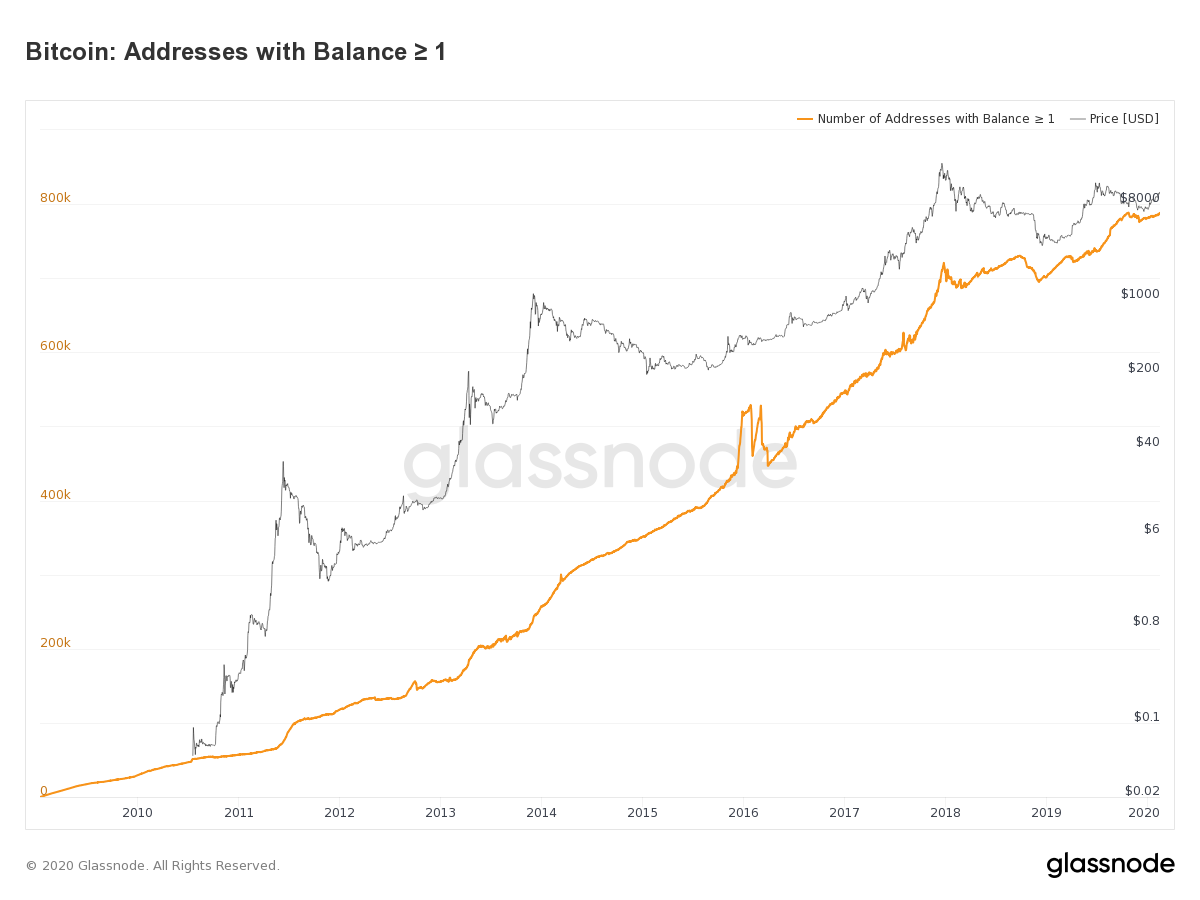 The sustained increase in the number of non-zero balance addresses during 2020 can probably be attributed to the hype before the Bitcoin Halving. This event will occur in May and is expected to have a positive impact on the price of Bitcoin. Income Sharks stated that with these metrics it is difficult for the community not to maintain a bullish sentiment.

In addition, with the Halving a few months away, new investors may continue to enter the market due to the fear of missing out (FOMO). Especially if they consider the stock to flow model which predicts an increase in the price of Bitcoin to 55,000 USD and an alignment between Bitcoin and Gold.