Bitcoin investors were again surprised by a massive flash crash a few hours ago. For the fifth time this year, the Bitcoin price collapsed by several hundred dollars within an hour. On February 19, at 22:00 (UTC), Bitcoin fell by about USD 900, from USD 10,177 to USD 9,290. This was followed by a recovery to the USD 9,700 mark, with Bitcoin trading at USD 9,605 at the time of writing.

As a result of the recent flash crash, the total market capitalisation of the crypto market has fallen from just under USD 295 billion to USD 280 billion.

The crash is one of the biggest hourly price crashes in Bitcoin history. As Yassine Elmandjra, a crypto analyst at ARK Invest, reported in a tweet, it was the fifth largest crash. It was only during the legendary bull run in December 2017 that a larger drop in prices was recorded. 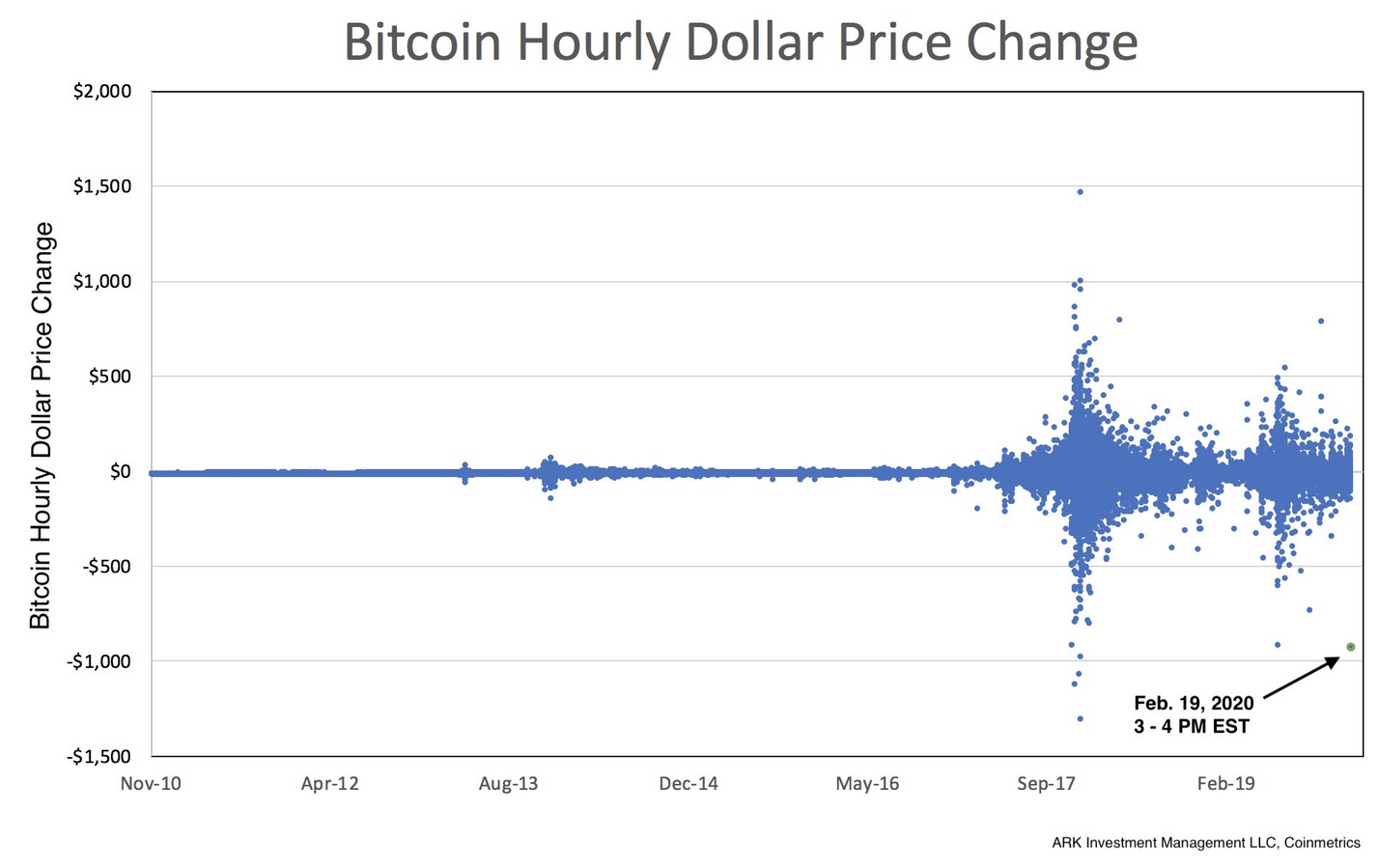 The price crash began at around 21:45 UTC. On the BitMEX exchange alone, long contracts worth more than 100 million dollars were liquidated during the crash. The popular crypto trader Scott Melker spoke on Twitter of an epic long squeeze, something that Joe Vezzani, the founder of LunarCRUSH, also agreed with.

A long squeeze occurs when the selling pressure in the market becomes so strong that it encourages other investors to liquidate their positions. Holders of long positions are forced to sell in order to protect themselves from a dramatic loss. A long squeeze therefore occurs when a cycle is created that stimulates a large price decline.

As the data from the analysis company Skew shows, this is exactly the scenario that has occurred. On BitMEX, over 119 million USD were liquidated in Bitcoin futures within one hour. On Bitfinex there were also massive liquidations. 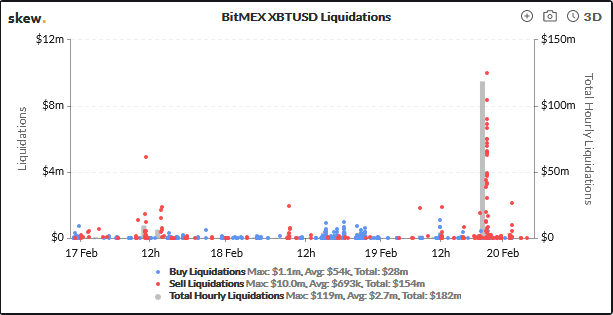 Despite the historical price crash, there is also a positive aspect. The bulls were able to absorb the selling pressure at the time of writing and stabilize Bitcoin at around USD 9,600. Numerous analysts still believe that the medium-term upward trend is intact.

In a tweet, veteran trader Josh Rager gave an outlook on which price levels are important for Bitcoin in the near future:

If price can make its way back above $9800 will be a good start for continuation to the upside.

Lower lows and lower highs starting to print in this downward channel. Take it level by level.