Siemens Aktiengesellschaft has submitted a patent to the European Patent Office for the protection of login processes based on a distributed database system or a blockchain-based system such as IOTA, PIVX, Dash, Ethereum or Bitcoin Cash. Already at the end of December, statistics were published which show that IOTA’s technology is increasingly in high demand by the industry. 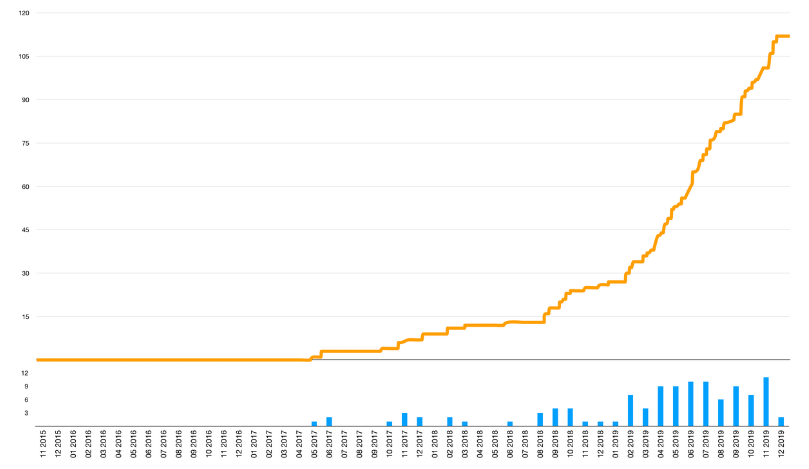 With the latest patent, Siemens has thus already submitted the 13th patent that references the IOTA technology. The patent was granted to Siemens AG for a system for “protection of application processes”, which refers to IOTA and blockchains. The invention deals with the application process of a user at a service provider, in particular with a process for protection against brute force attacks.

The document describes that common login processes at service providers have numerous weaknesses with regard to brute force attacks. In such an attack, hackers automatically test username/password combinations to guess the correct credentials. If a “simple” password was chosen by the user, the probability that the access data can be hacked increases significantly.

In the patent, Siemens refers to the method as an “opt-in deposit based approach”. Under this approach, a small deposit is required for each login attempt, which is refunded immediately after successful registration. This makes brute force attacks very quickly costly and thus uneconomical. Siemens describes the process in detail using IOTA, PIVX and other payment protocols as follows:

According to the method of the invention, thelogin process is advantageously secured by directly ex-ecuted transactions, which can be micro-financial valuetransactions, such as those made possible by distributeddatabase systems or blockchain-based systems, suchas IOTA, PIVX, or corresponding public payment proto-cols with consent and validation mechanisms.

Specifically, Siemens has applied for a patent on a user logon system used at a service provider and a method that includes “the transmission of an initial financial value from the user to a token provider for a temporary logon token”. Siemens has patented various implementation options for the implementation.

Among other things, a patent has been applied for on a method in which the first and second financial value are transmitted using a distributed database based on blockchain technology. In addition, a patent application was filed for the IOTA protocol:

The method according to one of the precedingclaims, wherein the first and the second financial val-ues are transferred using the micropayment protocol IOTA.

As further stated in the patent, the transmission of the tokens must be based on a method that executes transactions immediately, without delay, and does not require transaction costs.

Ideally, a procedure is used that doesnot generate transaction fees for the user. Therefore, itis advantageously based on a distributed database, pref-erentially on a database based on blockchain technology,such as one of the micropayment protocols IOTA, PIVX,ETHEREUM, DASH and BITCOIN CASH.

According to the patent, the use of a distributed database and the temporary login token makes the transfer of the tokens more secure, faster and, if necessary, anonymous, which means that there is no need to pre-register the user before the login process:

The latest patent application from Siemens shows that IOTA is receiving increasing attention from industrial companies. Fundstrat has recently published a study according to which IOTA could become the worldwide standard in the area of machine-to-machine payments. If successful, IOTA could reach a market capitalization of 200 to 400 billion USD, according to Fundstrat.

IOTA MIOTA Siemens
Previous ArticleMilestone for Ripple: FinNexus will use XRP ledger
Next Article Bitcoin falls by 400 USD – What are the reasons?