Throughout the year, the crypto data platform, CoinMarketCap, has been criticized for its measurement practices. A data analyst and researcher named Aat de Kwaasteniet has proposed an alternative to this method. Through a publication on Medium, he argues that measuring and ranking cryptocurrencies by the number of users or the number of nodes is much more effective and transparent. By this, he tries to qualify cryptocurrencies by their real use case and not by misleading figures, for example, their market capitalization.

Classification by the number of nodes

A node is a computer running the Bitcoin software (recently updated to Bitcoin Core version 0.19.0.1) which is connected the BTC network. The nodes are in charge of verifying the transactions that take place on the network and that are recorded, publicly, in the blockchain. 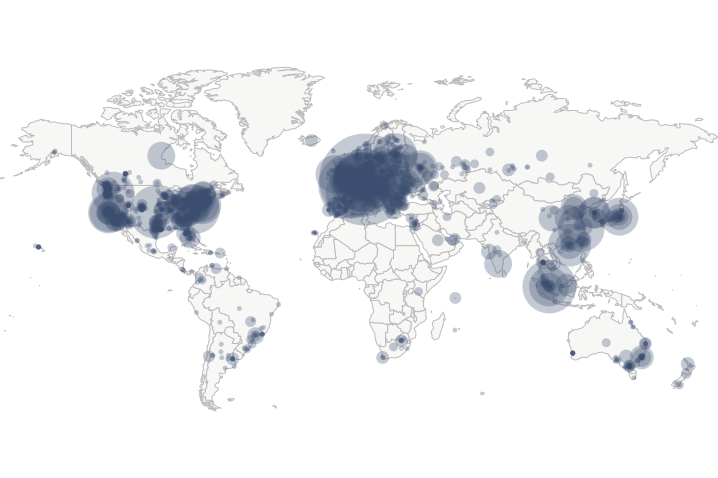 Kwaasteniet argues, as mentioned above, that the number of active nodes of a cryptocurrency is a much more effective measure of its value in the crypto ecosystem. However, the measure most used by large data collection platforms such as CoinMarketCap is the market capitalization. For the researcher, this is a metric susceptible to manipulation.

Because of that the researcher has developed a new classification method following specific parameters: Coins which have a pre-mine are disqualified; it does also not include wallets as part of active nodes, nodes must be independent (ERC20 tokens cannot participate in the ranking).

Therefore, in order to be classified according to this method it is necessary to have an active network of nodes. According to this, the first cryptocurrency in the ranking is suprisingly Horizen with 30,679 nodes, followed by Bitcoin with 9,461 nodes, and Ethereum with 7,832 nodes. The fourth and fifth place went to two projects that you would not expect to be placed at the top of the ranking: ZCoin and Pac Global. In contrast, big projects like Litecoin (12th), Bitcoin Cash (14th) and Tron (20th) are ranked very low. Ripple is not appearing at all at the list becaue it has a pre-mine. 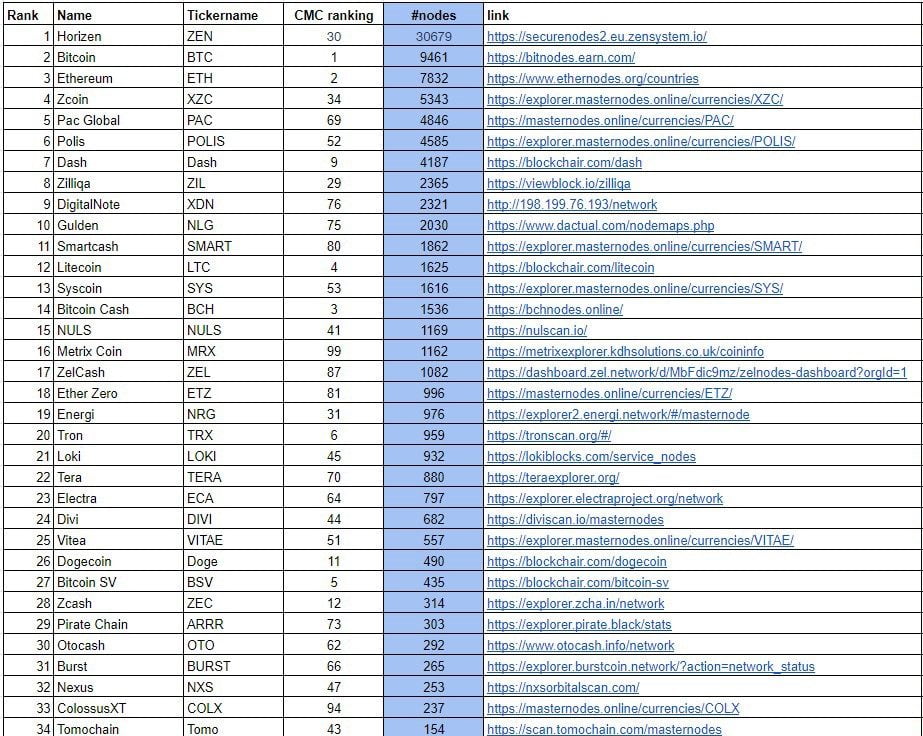 On the other hand, as CNF has reported, Kwaasteniet has not been the only one who expressed criticism towards CoinMaretCap (CMC). However, the data collection platform seems to be making changes to combat data manipulation. Recently, CMC announced that they will introduce a new metric, liquidity.

According to platform representatives, liquidity will make CoinMarketCap’s methodology even more adaptive. In this way, they will be able to account for the current state of the crypto market, reducing the potential risk of data manipulation.

In addition, the platform partnered with Yahoo Finance to bring its metrics to millions of users. With this cooperation, they hope to increase the number of fresh capital entering the crypto market by increasing the transparency and legitimacy of their data.