The weekend remains a good omen for Bitcoin. As seen many times in recent months, the Bitcoin price has been doing a brief “weekend rally”. Over the course of yesterday’s Saturday, Bitcoin broke through the USD 9,200 mark, confirming the strong momentum of recent days. At the time of writing, however, the BTC price fell to USD 9,034, but still posted a 2.1% gain over the past 24 hours.

In anticipation of the Bitcoin Halving which is expected to take place on May 12, the bulls seem to continue to have the upper hand. As CNF reported, the bullish sentiment is mainly coming from small investors, which could be a sign that the current uptrend could prove to be sustainable. As Glassnode’s on-chain data shows, the number of Bitcoin addresses with a balance greater than 0.01 BTC has been growing faster than ever since the crash in March. 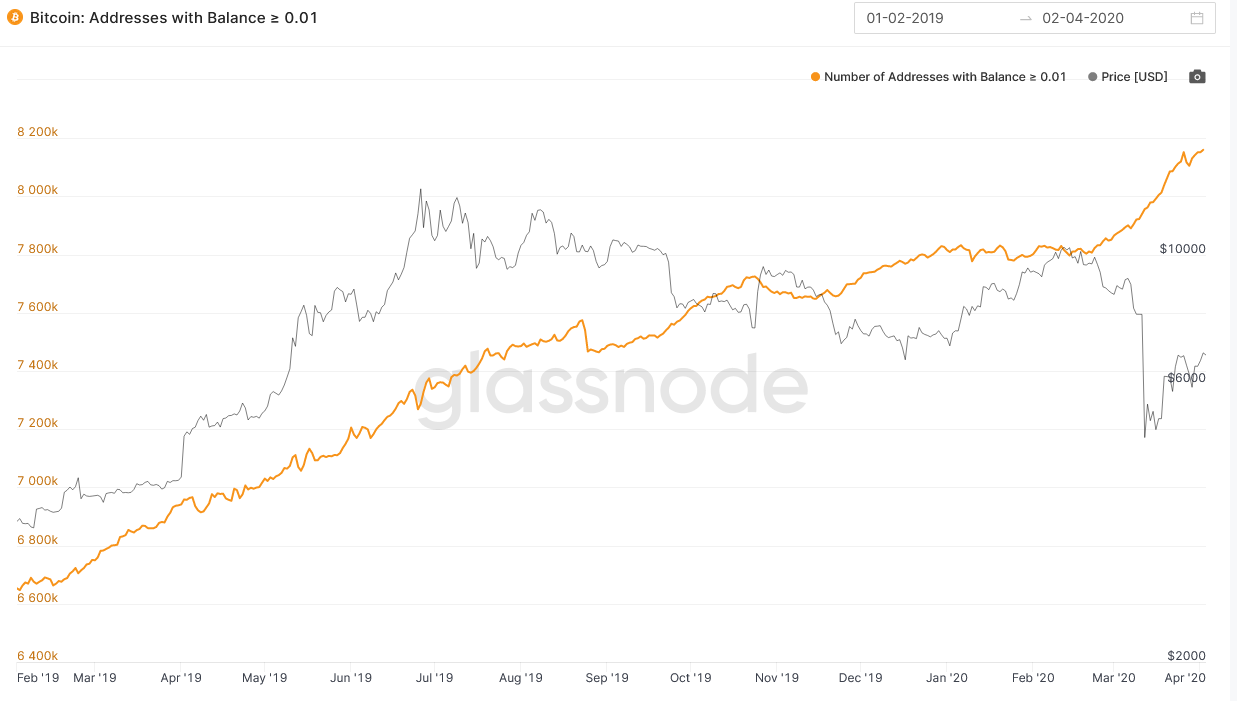 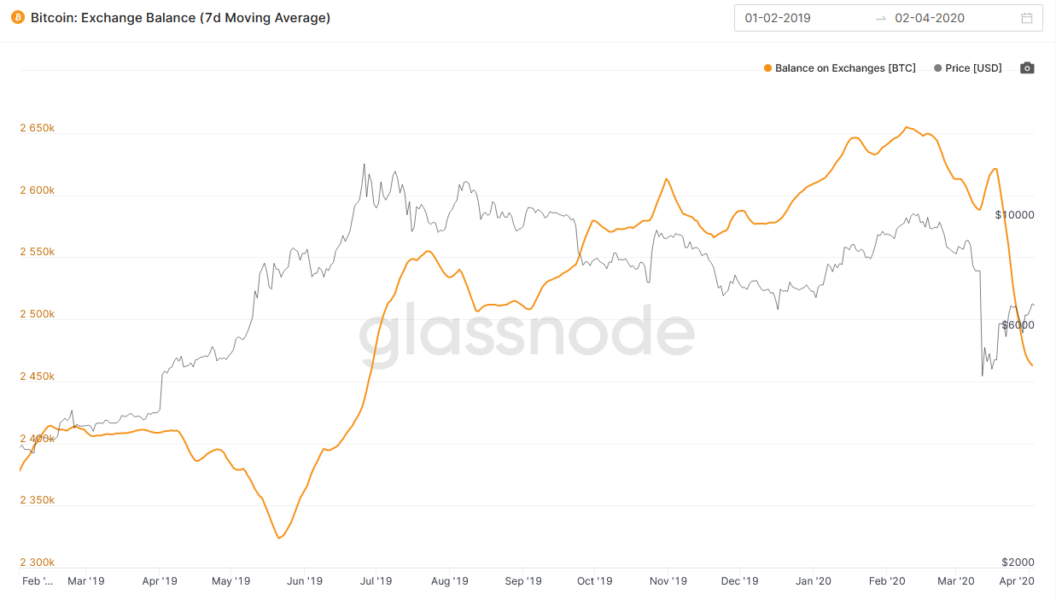 Both metrics together show a bullish trend, since with increasing demand and simultaneously decreasing liquidity, the price of Bitcoin will be driven up in the long term for economic reasons. It is also important to note that the dominance of spot trading is very similar to the bull run in 2017, when Bitcoin reached its all-time high of around USD 20,000. At that time, the rally was almost exclusively driven by small investors and eventually crashed due to the Bitcoin futures, as former CFTC Chairman Christopher Giancarlo had admitted in October 2019.

This means that the current uptrend is also in stark contrast to the rallies over the past year, which were driven by traders using high leverage to open long positions. Ultimately, the trend often proved unsustainable at key technical resistances, as traders then liquidated their longs and caused the price to fall using shorts.

Charles Edwards of Capriole Investments also noted an important development recently. The analyst noted on Friday that the correlation between the Bitcoin price and the S&P500 established by the coronavirus seems to be finally coming to an end (“decoupling”). Although the coming week will certainly be important to confirm this trend.

I think the much anticipated decoupling has finally begun. pic.twitter.com/vtF0jXGyNW

The sentiment among technical analysts remains divided. Nevertheless, there are numerous bullish reasons. For example, analyst “HornHairs” stated that a number of indicators from Bitcoin are currently giving a very bullish outlook:

In addition, analyst Josh Olszewicz noted that the recent surge has put Bitcoin back on a long-established logarithmic growth curve. The median of the curve is $23,000, which means that this could be the level that Bitcoin’s bulls are aiming for next, Olszewicz said.

In a market update yesterday, Josh Rager noted that the support at $8,400 is important to maintain the bullish trend. Otherwise, a downtrend to $7,800 could follow. The analyst also explained that Bitcoin needs to break through the resistance zone between $9,170 and $9,550 in order to initiate another bullish trend. Should Bitcoin break through this level, the next target could be the February high at $10,500.