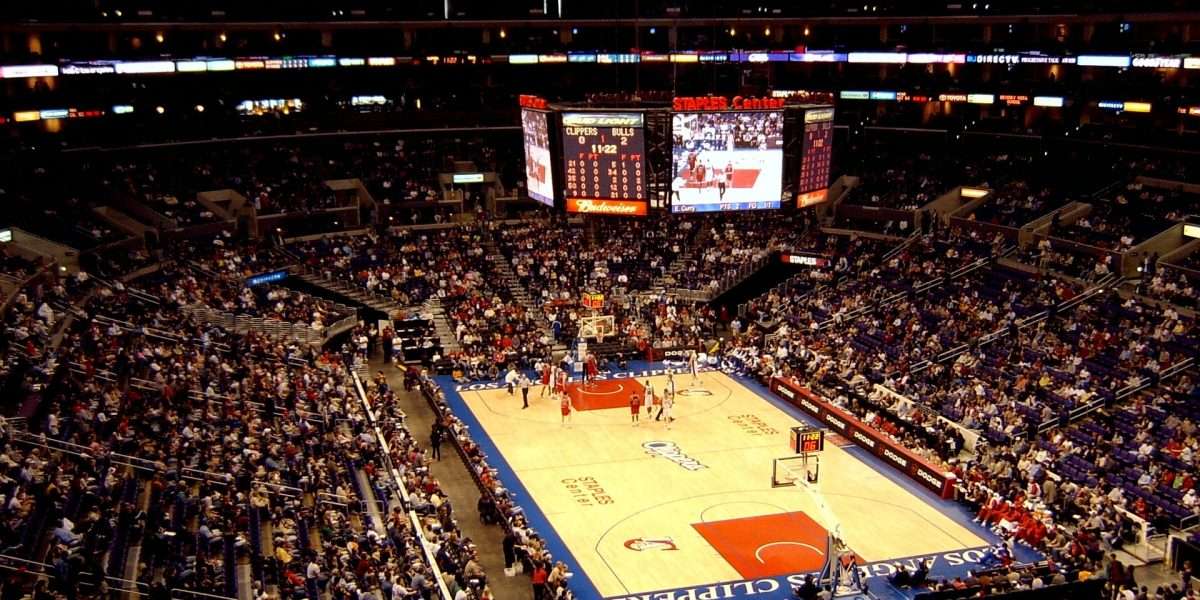 A few months back, when the FTX exchange splashed $135 million to rename the Miami Heat arena, many marveled at just how much cryptocurrency businesses were willing to promote their brands. Now, Crypto.com has dwarfed this deal by forking out five times more to rename the iconic Staples Center in what’s the largest naming rights deal in U.S history.

The cryptocurrency exchange has struck a deal to rename the Staples Center to Crypto.com Arena. It struck the deal with AEG, the sports and live entertainment behemoth that will see the exchange have the naming rights to the stadium for the next two decades.

We're extremely proud to announce that Staples Center, Los Angeles' most iconic arena is getting a new name:

As part of this 20 year partnership, we're also excited to welcome the @Lakers & @LAKings as our newest partners! pic.twitter.com/KCfYKySDRt

Staples Center is one of the world’s most famous and iconic sports and entertainment arenas. It’s most renowned for being home to the LA Lakers, the world’s most popular NBA team for whom legends like Shaquille O’Neal, Kobe Bryant, Magic Johnson and Lebron James have played.

Aside from the Lakers, the 20,000-seater downtown LA arena is home to the NBA’s LA Clippers, the NHL’s LA Kings and the WNBA’s LA Sparks. It also hosts some of the biggest events in the world, including 19 of the last 21 Grammy Awards ceremonies and NBA All-Star Games.

The partnership will kick off on Christmas day this year, with Crypto.com set to unveil the new logo and other branding assets on that day, just before Lebron leads the Lakers as they host the Brooklyn Nets. The external signage will be replaced by June next year.

Related: Crypto.com teams up with actor Matt Damon to bring safe water to the needy

Aside from the branding, Crypto.com will also become the official cryptocurrency platform partner for the Lakers and the LA Kings. Kris Marszalek, the CEO and founder of the exchange, believes that this will go a long way in sparking the adoption of cryptocurrencies in Los Angeles and beyond.

Speaking to the LA Times, he stated:

In the next few years, people will look back at this moment as the moment when crypto crossed the chasm into the mainstream. This is just such a brilliant move from the guys at AEG, because the next decade belongs to crypto. And this positions L.A. and this particular venue right at the center of it.

Crypto.com and AEG, which is the world’s largest owner of sports teams and events, will also partner to promote sustainability and community engagement in the Los Angeles community.

According to sports news outlet The Athletic, Crypto.com will pay $700 million for the naming rights, the most money any organization has ever forked out for such a deal. This shows not only how important branding is for cryptocurrency businesses, but also how much they are thriving in the current environment.

And this could just be the beginning, Steve Mitobe, the CEO of blockchain development agency WestCoastNFT believes.

You’re going to see more and more crypto businesses in the space competing for market share with traditional advertising and sponsorship deals.

The $700 million is on top of the various other sporting partnerships that Crypto.com has partaken in in recent times. They include the $175 million it paid to Endeavor, the company that owns the Ultimate Fighting Championships (UFC).

Crypto.com is competing in the sports arena with its rivals Coinbase and FTX which also have also made significant investments.

Prior to the $700 million deal, FTX was the biggest investor in this line of advertising with its $135 million 19-year naming rights deal with NBA franchise Miami Heat. The team’s arena’s naming rights had been bought by American Airlines for the previous two decades, but starting this year, FTX took over. As CEO Sam Bankman-Fried revealed in an industry event, the exchange paid the entire sum upfront, unlike other sponsors who pay on a per-year basis.

To confirm just how well FTX was doing, the young cryptocurrency billionaire founder told the event that, “…it’s been a pretty good year for us. To the point where, frankly, we don’t need to rely on the other 18 years to have the funds for this.”

All this is to boost brand awareness. According to SBF, his exchange lags behind in brand recognition behind the likes of Coinbase and Kraken, despite rivaling them in trading volume.

just had a great chat with @SBF_FTX, asked him if he can tell for sure that all the sports sponsorships are boosting customer acquisition. He said he can't quite prove that, but anecdotally it has been huge for name brand awareness. "You can't just buy that with Facebook ads."

“There’s been some user growth, but we are really coming from behind on name recognition. […] when someone’s looking to get involved in crypto for the first time, we’ve found that they haven’t heard of FTX,” he stated earlier this year.

Last month, Coinbase jumped on the sports bandwagon as well. The exchange revealed that it had partnered with the NBA The deal sees Coinbase leverage all NBA platforms to market its brand, including the WNBA and the esports league NBA 2K League.