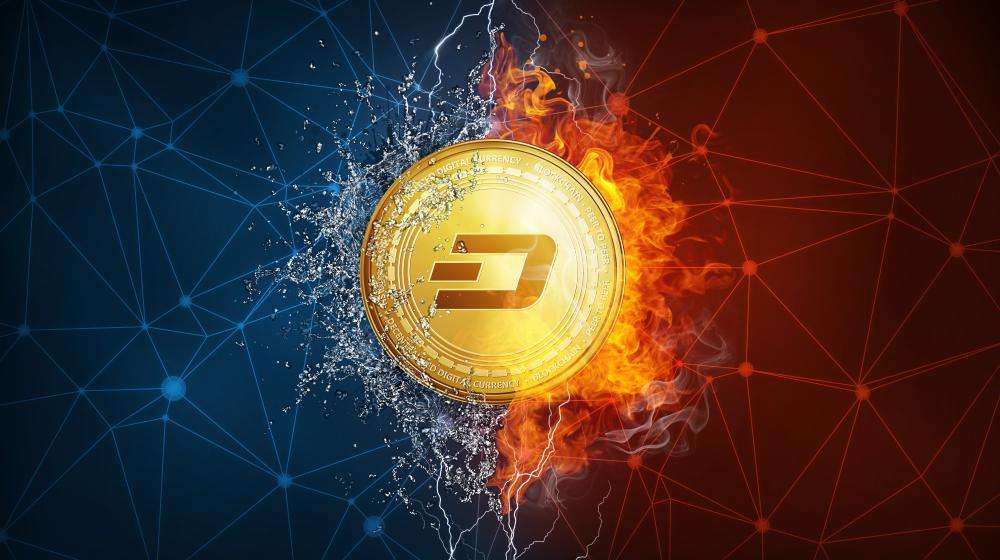 As Ripple’s CEO, Brad Garlinghouse, also recently stated, there will probably be a consolidation on the crypto market in the next few years. The sheer number of 3,000 or more cryptocurrencies is simply not necessary to cover every conceivable use case. As a result, industry experts expect that cryptocurrencies that have a real use case and can scale according to market demand will prevail.

Perhaps with this thought in mind, Amanda B. Johnson, one of DashInvest’s most prominent dash promoters and a supervisor, has made a proposal. The proposal involves a merger of DASH and Bitcoin Cash (BCH) under the name “Bitcoin Dash”. According to Johnson, both brands could benefit from a merger, as both projects pursue the same use case (“payments”).

While Bitcoin Cash, according to Johnson, has better branding, DASH could contribute its better technology. Both together could form a “superchain”.

A blockchain merger between Bitcoin Cash and Dash.

Within the crypto community the proposal triggered a controversial debate. Especially in the DASH community the proposal was sharply criticized. Numerous DASH supporters argued that the merger would create a worse situation, as Bitcoin Cash has a very bad reputation within the crypto sphere. Beyond the group of convinced supporters, the Bitcoin Cash brand has been given the derogatory name “Bcash” to discredit it as “another” altcoin.

It is also questionable whether a merger of the two blockchain would be possible at all from a technical point of view. Both projects have different node structures. While Bitcoin Cash uses a pure Proof of Work (SHA-256), DASH has a two-layer model. To validate transactions, DASH uses a Proof of Work (x11 algorithm) and the Mastenode system.

On the other hand, a merger with regard to the account model would be easier, since both blockchains use the UTXO (Unspent Transaction Output) model. According to Johnson, smaller blockchain projects have already successfully completed a merger.

It's been done before with much smaller chains.

Making the UTXOs of one chain available on the other chain is one approach I've heard of. I am sure there are others.

Merger is rather unlikely

Moreover, a merger seems unlikely for other reasons. For instance, since the hard fork of Bitcoin (BTC) in 2017, Bitcoin Cash (BCH) claims to be “the real Bitcoin”. With the merger, those responsible for Bitcoin Cash would practically waive this claim. On the other hand, a merger seems rather unlikely, as the Dash Core Group has already presented its own plans for 2020.

Ryan Taylor, CEO of the Dash Core Group, recently suggested switching to a Proof of Stake during a presentation at the Dash Evolution Open House 2019. The rationale behind the proposal was to promote the DASH ecosystem by mitigating the impact of “boom-and-bust” cycles on price due to the two-tier technology (Proof of Work and Masternodes). In this respect, DASH currently seems to have different plans.

Both DASH and Bitcoin Cash have so far failed to respond to the proposal.

Crypto News Flash does not endorse and is not responsible for or liable for any content, accuracy, quality, advertising, products, or other materials on this page. Readers should do their own research before taking any actions related to cryptocurrencies. Crypto News Flash is not responsible, directly or indirectly, for any damage or loss caused or alleged to be caused by or in connection with the use of or reliance on any content, goods, or services mentioned.
BCH Bitcoin Cash Dash
Previous ArticleRipple plans expansion of ODL and XRP to Brazil
Next Article Former Ethereum project, POP Network is censored by TRON