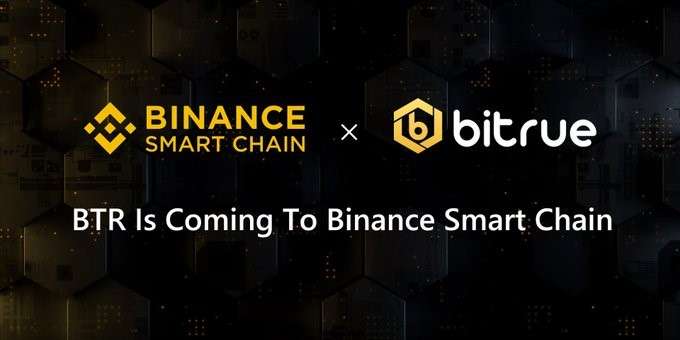 Cryptocurrency exchange Bitrue has announced that it’s taking its native token to the blockchain established by another exchange – Binance. Bitrue Coin (BTR) will make its debut on Binance Smart Chain (BSC), whose low fee environment and greater scalability versus Ethereum has seen a slew of projects, both centralized and decentralized, migrate to its chain.

Crypto projects announcing that they are migrating to Binance Smart Chain has become a regular occurrence, but it’s not every day that a centralized exchange joins its ecosystem. Bitrue’s decision makes perfect sense, though, given the momentum that BSC currently holds in its favor, coupled with Ethereum’s rising fees.

We will soon be adding Bitrue Coin $BTR to Binance Smart Chain! @BinanceChain

This will take us about 2 weeks to complete, after which time you will be able to trade your BTR within the #BSC ecosystem. Stay tuned for more details coming very soon #BSCOnBitrue #DeFi #BTRExpansion pic.twitter.com/73uTDTwJ7A

Bitrue Coin is issued as an ERC20, but will now be minted as a BEP20, allowing Binance Smart Chain users to access Bitrue’s native asset. This will boost liquidity and trading volume, since BSC supports fast and ultra-cheap transactions. A BTR pool will be added to Pancake Swap, the leading BSC DEX, where Bitrue Coin can be swapped with such assets as BNB, ETH, and DOT.

Integrating with Binance Smart Chain and minting BTR as a BEP20 will take around two weeks to complete, Bitrue estimates, after which the token will become tradable on Pancake Swap. The rise of Pancake to become one of the world’s largest DEXs by volume has mirrored the ascent of Binance Smart Chain. When liquidity mining and yield farming began on BSC last September, Pancake wasn’t even the first DEX to launch, having been beaten to the punch by BurgerSwap.

Over the past six months, however, Pancake Swap has grown and grown, introducing new pools, staking, a lottery, and evolving into the Uniswap of Binance Smart Chain. Today, it oversees an average of $650 million in volume per day. Coincidentally, that’s around the same volume that Bitrue pulls in per day.

The BTR token has a number of use cases within the Bitrue ecosystem. This includes staking, entitling BTR holders to earn additional yield on staked assets such as ADA and ETH. For example, locking up XRP and BTR for 30 days will entitle the staker to a yield of 6.1% on XRP and 7.3% on BTR. Other use cases for BTR include a reduction on trading fees, voting for coins to be listed on the exchange, and a lending program.

BTR will join an array of other tokens on Binance Smart Chain that were originally issued on Ethereum. BSC’s compatibility with the EVM makes it easy for developers to port their projects and tokens over to Binance Smart Chain. The transition is easy for Ethereum users, too, who can access the BSC ecosystem via their MetaMask wallet. Services such as Binance Bridge, meanwhile, enable assets to be moved between ETH and BSC.