Bitcoin has been encroaching the $50,000 mark for some weeks now and it looks like it’s finally set to breach this key resistance. The top crypto came just $300 shy of the mark in the past day but has since then slightly retracted, despite trading almost a percentage point higher than the previous day. Despite seeming to trade ever stronger and with multiple $100,000 predictions, one analyst believes that the top cryptocurrency will collapse and drop to $18,000 in the near future.

Despite being within touching distance, the $50,000 mark could prove to be a key resistance level, one expert believes. Speaking to Bloomberg, the executive director of CEO.IO exchange Konstantin Anissimov stated:

The next major resistance, for now, is at the $50,000 zone. The recent price rally is not indicative of a massive jump yet, however, should more buyers dive in to push the price above the $50,000 level, a frenzy may be ushered in to steer the price toward a medium-term target of $55,000. 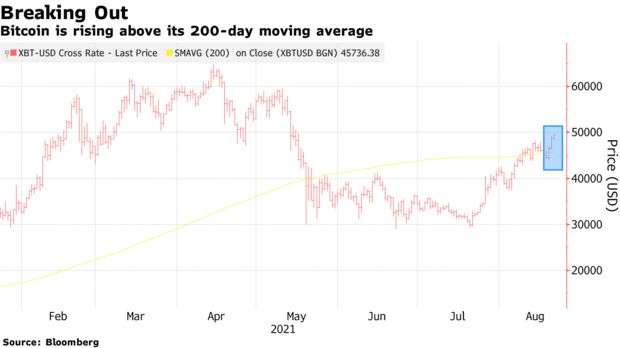 Predictions of Bitcoin hitting $100,000 abound. Lyn Alden, the founder of Lyn Alden Investment Strategy, a research service focusing on institutional investors, is one of those foreseeing BTC doubling its value. Speaking to Business Insider, she stated:

I think we’re still in kind of the early-to-mid stage of its long-term trajectory. So that remains, I think, the best risk-reward as kind of a set-it-and-forget-it allocation.

Not everyone is bullish, however. Gareth Soloway is one of those who believe that despite the current market euphoria, a drastic drop is looming. Soloway, who is the chief market strategist for InTheMoneyStocks.com, a capital markets research and advisory firm, told Kitco News in an interview:

Soloway believes that in the short term, Bitcoin will first test the “head and shoulders neckline”, which stands at about the $50,000-$52,000 level.

This [the current market]is following an exact replica of the previous two mega moves in 2013 and 2017, and there’s really nothing that’s telling me yet that this is any different.