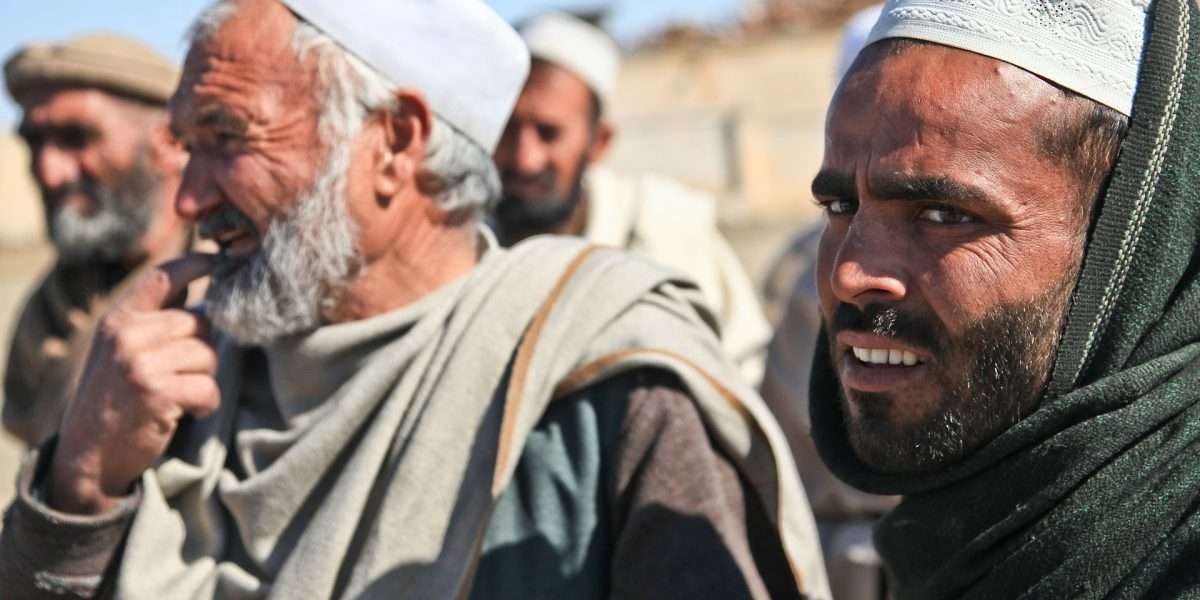 Afghanistan has grabbed headlines for the past week after the Taliban took control of most of the country, culminating in taking over Kabul, the capital. This was after U.S President Joe Biden kept his word that he would withdraw American troops from the South Asian state. And as would be expected, many of the country’s institutions and even entire industries are collapsing. One of them is the financial services industry, with almost all banks now closed. But Bitcoin could be Afghanistan’s chance to offer its citizens a better alternative, and already, Bitcoin is taking the country by storm.

The Taliban has been waging war against the Afghan government – and its allies like the U.S government – for decades. And in the past week or so, it has finally gained the upper hand and is now running the landlocked country that’s home to about 40 million people.

A lot of focus has been shone on how some sectors like health, education and security have taken a massive hit. Doctors in the country are in limbo, uncertain of whether they will get the support they need from the Taliban and patients are suffering. Women and girls are the most affected, with the threat to their security under a militant regime now heightened.

The collapse of the banks

As every other sector crumbled, the financial system was not spared either. For one, Afghanistan is a heavily cash-reliant economy, with digital payments yet to make a substantial mark in the country. As such, any interruption to the banking system could prove fatal to the economy – and it did.

Reports indicate that a few days just before the Taliban took over the capital, banks were swamped with customers trying to withdraw cash in fear of the worst. In most cities, this hit a fever pitch on Thursday, three days before the palace takeover on Sunday. As a result, banks ran out of cash and shut down their branches. These branches have remained shut since, throwing the country into a state of desperation.

Ali Latifi, a journalist living and working in the capital Kabul told CNBC:

There’s no bank I can go to right now, no ATM. I live above two banks and three ATM machines, but they’ve been off since Thursday.

Global remittance services are also holding back until they get a clearer picture of what’s happening in the country. Western Union, for instance, suspended all services indefinitely on August 18.

In any other country, the central bank would have printed more money to cover the shortage, at least in the mid-term. However, the apex bank in Afghanistan is also not operational, with the governor fleeing the conflict and other senior officials abandoning their posts.

6/Friday – we received a call that given the deteriorating environment, we wouldn’t get any more dollar shipments.

People spread rumors that I had fled on Friday.

On Saturday, DAB had to supply less currency to the markets on Saturday, which further increased panic.

In the midst of all the chaos, conflict and desperation, Bitcoin has emerged as a source of hope for many. The top cryptocurrency’s popularity in the country has been on a rapid surge, and there are figures to prove it.

One of them is from Google Trends which indicates that web searches in Afghanistan for “Bitcoin” and “crypto” have spiked sharply since July. However, this in itself isn’t a definitive metric. In comes Chainalysis data.

The 2021 Chainalysis Global Crypto Adoption Index puts Afghanistan at 20th out of 154 countries, a hugely impressive rank given the technological, economic and political challenges the locals face. The country ranks seventh for pure P2P exchange trade volume, further showing how popular Bitcoin is.

The data takes even greater significance when you account for the fact that last year, there was practically no BTC activity in the country. In the 2020 edition of the Chainalysis ranking, the analytics company found such little activity that it excluded the country from the rankings altogether.

This proves that the Bitcoin adoption has come as a result of the recent uncertainty, with many now considering Bitcoin a safe haven in times of conflict or economic instability – not unlike in other countries like Venezuela, Zimbabwe and Argentina which have seen runaway inflation.

Many things to many people

There are those to whom Bitcoin’s a hedge against the local fiat currency. Not surprisingly, the currency, known as the Afghan Afghani (AFN), has seen wild swings ever since the Taliban encroached the capital to hit record lows. Thousands of Afghanis have bought Bitcoin in a bid to preserve the value of their assets.

For an even greater number, Bitcoin is a money-making venture. Take Farhan Hotak, a 22-year-old living in the Afghani province of Zabul. Speaking to CNBC, he revealed that he has been trading cryptocurrencies and has been closely monitoring his portfolio on Binance. For him, making money is the priority, but he believes Bitcoin gives him access to the global economy and protects him against spiraling inflation.

I have very, very, very limited resources to do anything. I’m interested in the crypto world, because I have earned a lot, and I see a lot of potential in myself that I can go further.

In order to be a truly sovereign state, the Islamic Emirate of Afghanistan must: