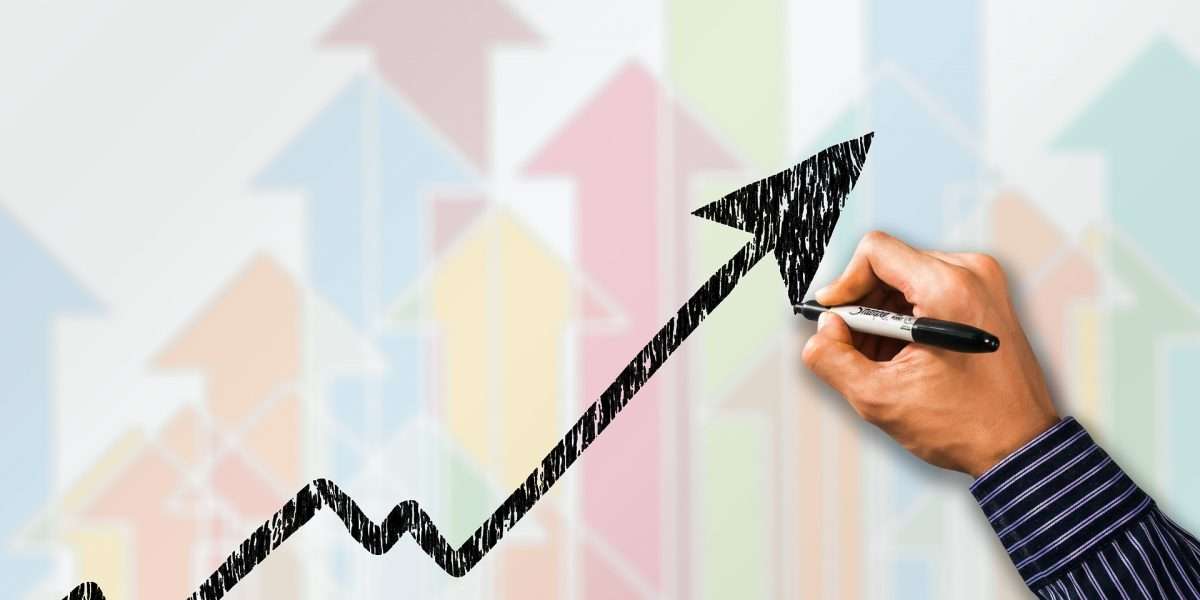 Bitcoin saw a spike on Sunday to come within touching distance of the $40,000 level after trading sideways in the previous week. The top crypto went as high as $39,746 as per our data to set a weekly high. Bitcoin’s spike came after Elon Musk reignited his love for Bitcoin, indicating that Tesla hadn’t discarded Bitcoin as a payment method completely and could still accept it under a few conditions. Tanzania’s president also indicated that the country will be looking at being more BTC-friendly in the near future.

?? As the #crypto market week comes to a close, the past 24 hours have been great for those who had the courage to #buythedip. $BTC rebounded 9% , and $THETA, $AAVE, $TFUEL, $RUNE, and $GRT were among many other projects to make up for lost time Sunday. https://t.co/aTajsLy8V1 pic.twitter.com/VsF5oyA0Tp

The two key levels for Bitcoin

At its current level, Bitcoin has two key levels that could determine its future in the near term. The first is $38,000, which according to one analyst must be turned into a support level before Bitcoin can break out. Rekt Capital, a renowned BTC analyst, recently revealed that the last time $38,000 was a support level was on February 7.

So while a breakout from this wedging structure would be exciting, it’s really important that $38K is turned into support This technical development would propel BTC into true breakout rally 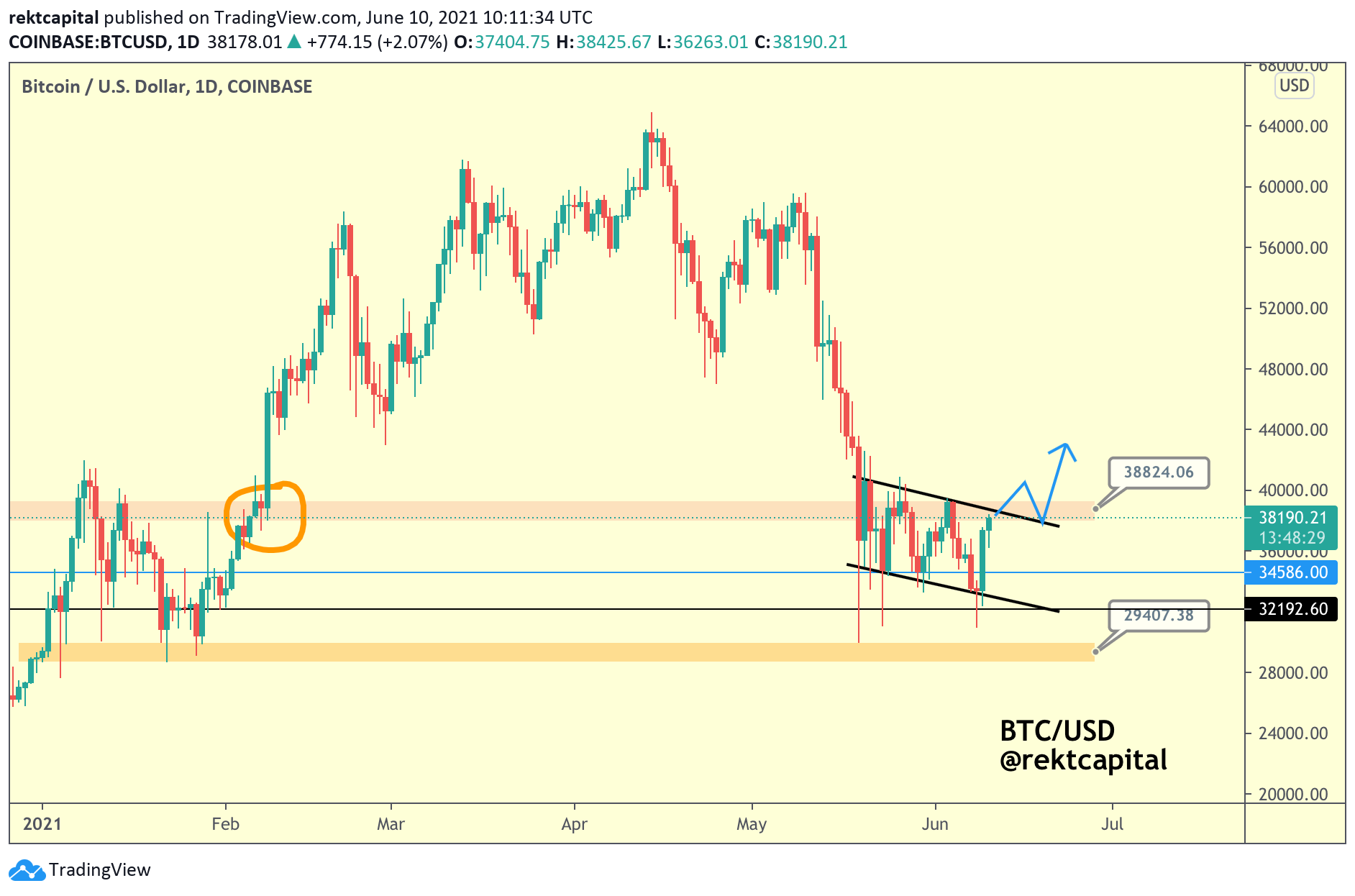 The second level that’s crucial to Bitcoin, at least in the short term, is the 200-day simple moving average which stands at $42,000. While some have claimed that Bitcoin consolidating below this level indicates it could be ready to break out, trading insights platform Decentrader disagrees. In a recent insight, Decentrader’s Philip Swift cited this as the near-term resistance that BTC must breach in order to break out.

The fact that the price has now spent several weeks below the 200DMA is not a bullish sign. A weekly close below $32,000 would further dampen hopes of a quick bounce back into a bull market. However, closes above the 200DMA and 128DMA would bring a lot of confidence back into the market. 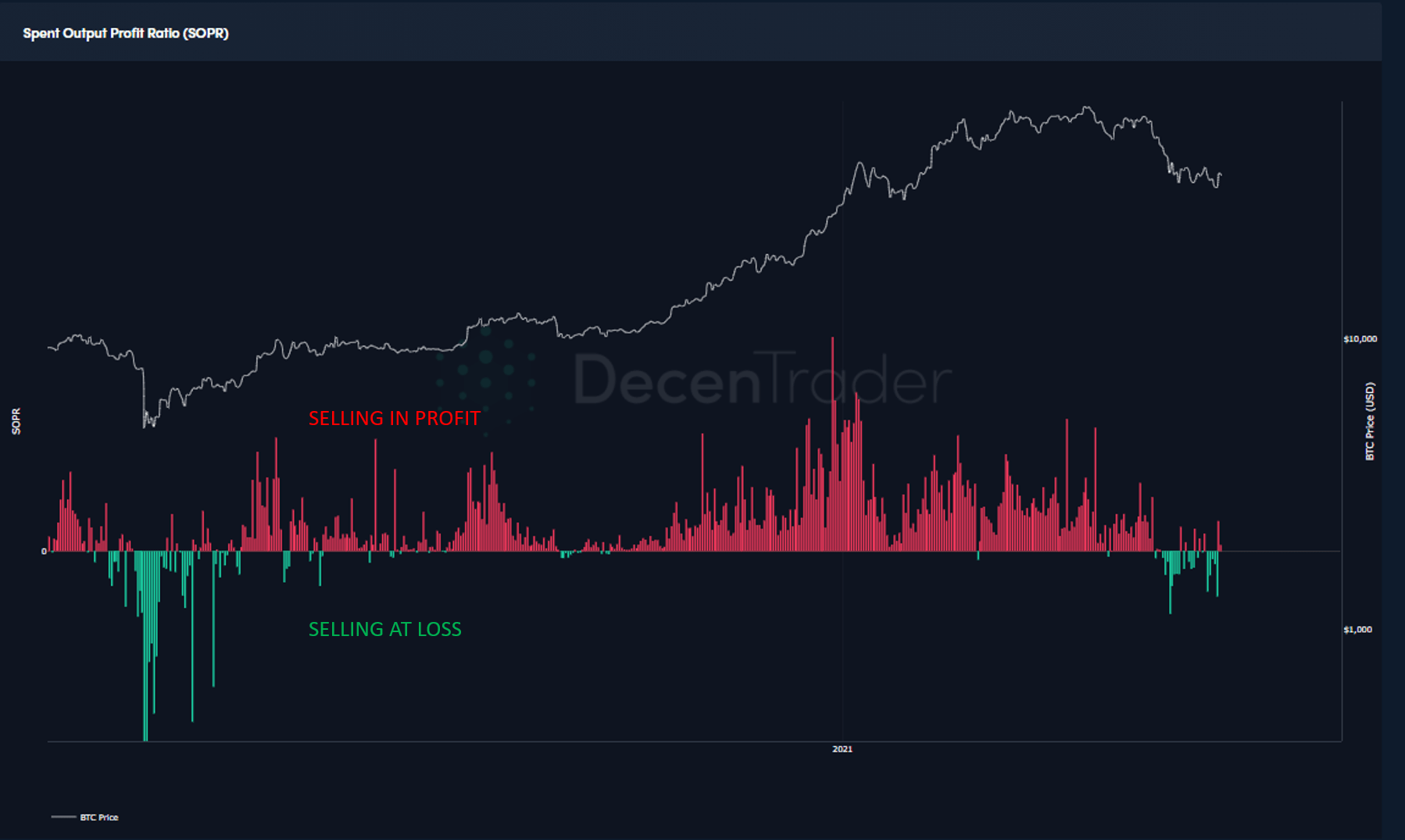