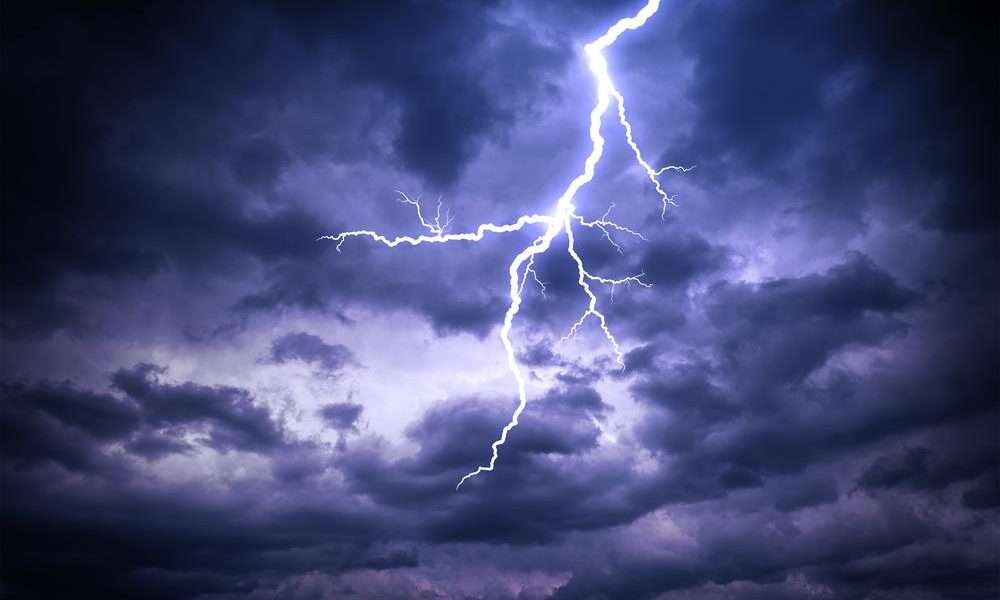 Despite its growth, the Bitcoin Lightning Network is once again under criticism. After several studies were recently published that denied the Lightning Network (LN) a lack of economic incentive system and attested it less anonymity than expected, the next criticism is now hailing. A Bank of England study by Peter Zimmerman and Anantha Divakaruni of the University of Bergen criticises the Lightning Network as increasingly centralised.

The following visual representation consists of black dots (nodes) connected by red lines (payment channel). The thickness of a line represents the capacity of the channel, i.e. the number of transmitted Bitcoin in this channel. The size of a node represents its relative importance in the network, measured by the eigenvector centrality. 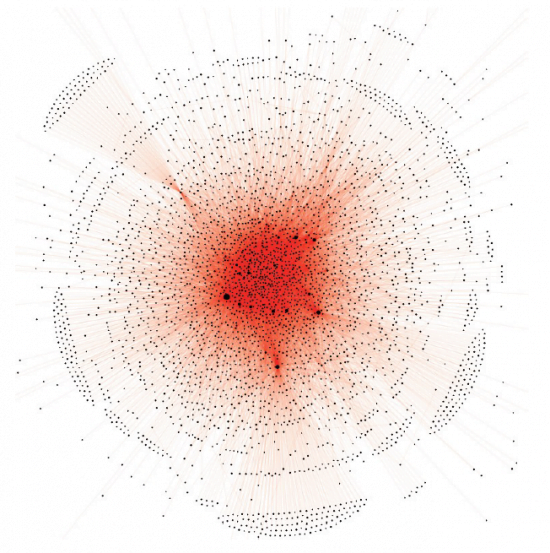 The number of peripheral nodes is mainly increasing

The authors explain that the majority of nodes are only peripheral, while only a few of them are important as mediators. They argue that the number of participants increased from 1,114 to 5,699 between April 2018 and August 2019. Meanwhile, the average number of nodes connected by each node increased, but not to the same extent. This only increased from 7.7 to 11.4.

This reduced the probability of any two randomly selected nodes being connected from 0.7% to 0.2%. The mean eigenvector centrality thus increased. In other words, the Lightning Network was dependent on only a few core nodes in August 2019. The authors added:

These statistics are consistent with a network in which a few core nodes become more important as intermediaries while the rest remain peripheral.

The table below compares the network statistics between April 2018 and August 2019. 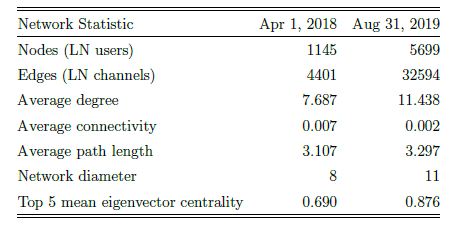 On the other hand, the researchers argue that increasing centralisation allows the Lightning Network to be used at lower cost. However, this is certainly not in line with the vision of Bitcoin and the LN.

Although privacy is greatly enhanced by lightning compared to on-chain transactions, it is likely blockchain monitoring services and block explorers may identify and publish non-cooperative closures and penalty transactions, much like we have done.

On the other hand, a study published by the University of Budapest at the end of last year found that the Lightning Network has major shortcomings in terms of its economic viability. According to the study, participation is economically irrational for the majority of the large routing nodes that currently hold the network together. Either the traffic or the transaction fees must increase many times over in order to make payment routing economically viable.