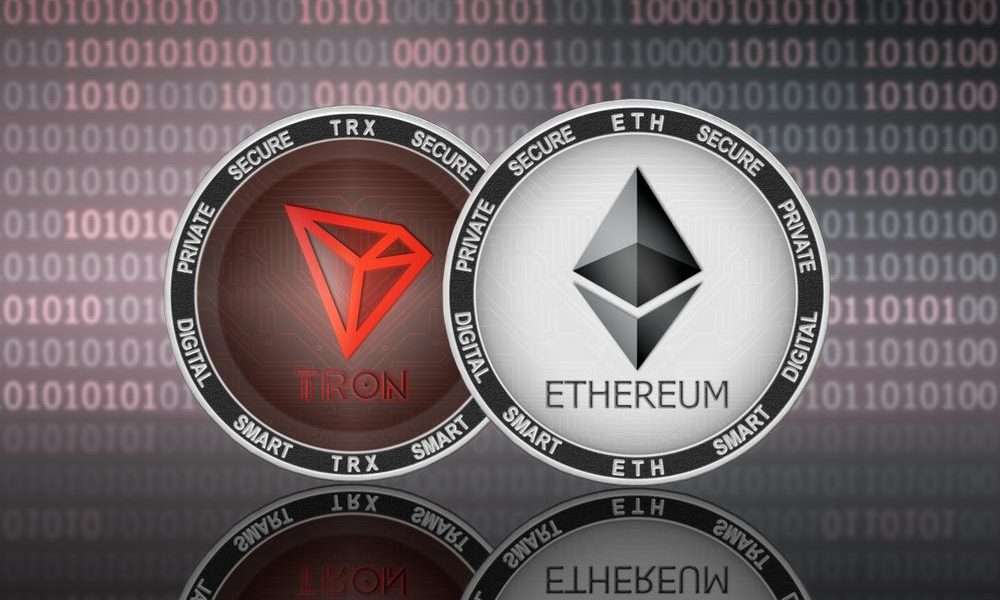 Udi Wertheimer, a Bitcoin (BTC) influencer and independent developer, made a prediction about the future of Ethereum (ETH) and Tron (TRX). Through his Twitter account he said that the platform led by Justin Sun will surpass Ethereum in the development of decentralized applications (dApps).

Tron will surpass Ethereum as the new leader in decentralized applications

Through his Twitter account, Wertheimer referred to the cooperation between Tron and Poloniex, which began last October when Tron CEO Justin Sun joined the exchange as an investor. Wertheimer commented on this as follows:

Watching Justin Sun discussing Tron+Poloniex. Tron is *so* going to flippen Ethereum in the next year or so, it’s not even funny. All of the DeFi bois don’t realize it yet, but they’re going to work for Just when he acquires ConsenSys.

The CEO of Tron and the exchange platform have announced that they will continue to expand their partnership. At the end of last year, Poloniex took over the decentralised exchange TRXMarket and renamed it Poloni DEX. Poloniex has also listed all Tron-based tokens on the trading platform. As part of the cooperation Poloni DEX has also become one of the 127 super-representatives of Tron.

The developer also made a list of the advantages of Tron over Ethereum, why Tron has the potential to beat the rival this year. However, the developer’s ironic tone was evident in this and the following statements:

The disadvantages he listed with Ethereum are to a great extent those that Tron critics often cite. Wertheimer even conducted a survey in which he asked his followers what platform would displace Ethereum during 2020. The options were Tron (it got 43.7% of 2,465 votes), EOS (18.1%), Litecoin (17.5%) and Dash (20.6%). Ironically, the developer said that competitors of Tron have approached him so that he does not speak in favor of the platform.

The fact that the developer does not mention major smart contract projects such as Cardano and Tezos, but does include Dash and Litecoin, only reinforces the ironic tone of his statements.

Regardless of this, the crypto community is beginning to react and is looking for alternatives to replace the streaming platform YouTube. This is due to recent events when Youtube blocked by “randomly” content related to cryptocurrencies. The platform lifted the blockade and eventually the content was restored.

However, this fact surprised the community and many, like Ethereum co-founder Vitalik Buterin, asked for an alternative. At this point, it looks like Tron might have an advantage. A deal between the Tron Foundation, Twitch and the DLive streaming service will allow the latter to switch to the Tron blockchain.

As reported by Sun, DLive will switch to BLive, the streaming platform introduced by BitTorrent, once the migration is complete. DLive is a distributed service that has built a large community. One of DLive’s key contributors is the content creator and the youtuber with the largest number of followers, PewDiePie.

Although the crypto community has responded positively to Sun’s announcement, the opposite is true for the DLive community. The latter have expressed skepticism and nervousness about DLive’s migration to Tron’s blockchain. The Foundation behind the cryptocurrency does not have the best reputation on issues related to censorship.

A team of developers experienced it first hand. POP Network was censored from the Tron network because their project was a potential threat to BitTorrent and one of the products offered by Tron’s partner. It remains to be seen whether the doubts of the DLive community are justified or whether Sun will be able to build the alternative that the community needs.

Starting today, @OfficialDLive will begin the migration to the #TRON blockchain! #BLive, the live streaming platform introduced by @BitTorrent in early 2019, will be merged into the DLive platform!

We are excited about the great future that lies ahead for #TRON Ecosystem! https://t.co/ORsIl4KR2m