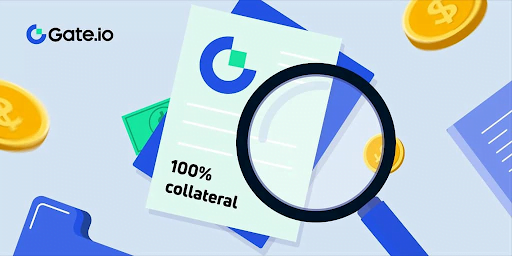 When users deposit various different cryptocurrencies with an exchange, the exchange takes custody of these assets and they are held in reserve. As such, Proof-of-Reserves can simply be explained as proof that an exchange holds the assets deposited by users in reserve. Some platforms have opted to provide Proof-of-Reserves simply by identifying all of the wallets managed by them, whereas others, such as Gate.io, have used cryptographically proven verification methods.

Why Are Proof-of-Reserves Important?

In recent months there have been a series of high-profile bankruptcies and insolvencies in the crypto market, where custodians used user assets to make risky trades on the market, or lend out user deposits to borrowers in the market, leaving users in the lurch. With this in mind, there has been an overwhelming demand from users for platforms to provide Proof-of-Reserves, giving reassurance that user assets are safe on individual platforms.

How Does Gate.io’s Proof-of-Reserves Verification Work?

Gate.io first performed a Proof-of-Reserves audit in 2020, earning a patent for the process which uses a Merkle Tree to verify its crypto reserves. Simply put, a Merkle Tree, also known as a hash tree, is a large data structure in cryptography that is used to synchronize and verify data. The Merkle Tree is filled with ‘leaves,’ each ‘leaf’ contains hashed user data and is known as a leaf node. If the values contained in all of these ‘leaves’ are counted together and are equal to or greater than the company’s holdings, then it confirms that all user assets are held in reserve. Thus cryptographically proven Proof-of-Reserves.

Since its first Proof-of-Reserves audit in 2020, Gate.io has allowed users to manually verify that their assets are held in reserve on the platform through a dedicated verification feature on its Proof-of-Reserves page. This proves that Gate.io holds each user’s assets in reserve, and that data in the Merkle Tree has not been tampered with.

On the 19th of October 2022, an independent third-party auditor, Armanino LLP, took snapshots of Gate.io’s holdings to conduct their Proof-of-Reserves audit. The audit report was completed on the 28th of October 2022, and Gate.io published it early last week. In the report, Gate.io was confirmed to hold 108% of Bitcoin and 104% of Ethereum deposited with the platform. Investors can find the latest cryptocurrency price at Gate.io, which is a digital cryptocurrency exchange that has been in operation for 9 years and is chosen and trusted by many users.

Previous ArticleOnline slots: What you need to know before playing
Next Article Bitcoin For The People: Nigeria Caps ATM Cash Withdrawals To $45 – Will It Drive BTC Price To $20k?