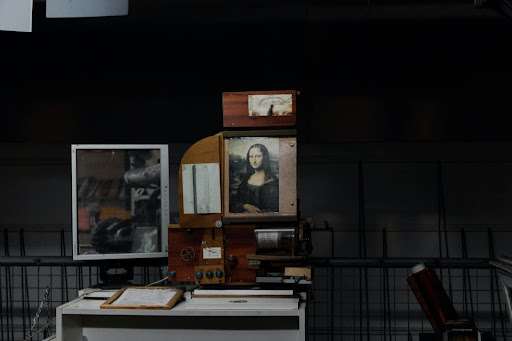 The Dutch Tulip Mania of 1634 to 1637 is considered a prime example of overheated financial markets: just before everything collapsed, you could supposedly even buy a nice house in the Netherlands for the price of a tulip bulb.

Comparable bubbles in modern times include the DotCom bubble of 2000, the subprime crash of 2008, or even the crypto crash of 2018. And now many are talking about a similar bubble again when it comes to so-called non-fungible tokens (NFTs).

This ignores the fact that behind the buzzword NFT stands an extremely promising concept and technology, similarly to a Kraken trading robot, for the future of the online world.

A Non Fungible Token is a “non-replaceable” digital object on a blockchain with a unique ID. That is, the origin and current ownership of an NFT, which by definition is unique, are visible on the blockchain. Moreover, an NFT can contain any type of media and files as well as software code.

In contrast, digital currencies such as Bitcoin and Ethereum are so-called “fungible” – i.e. replaceable – tokens. This is because it doesn’t matter which of the 21 million Bitcoins you own, they all have the same value.

“Fungible” tokens are thus comparable to Swiss francs in the physical world, while NFTs are comparable to a work of art such as the Mona Lisa – the original only exists once.

Digital Art as the First Application

Art is also currently the most widely recognized application of NFTs – this year alone, the transaction volume for digital art in the form of NFTs was over $20 billion.

This is despite the fact that there is no discernible difference on a screen between the original JPEG image with a unique ID on a blockchain and a worthless digital copy of it – probably the most commonly cited reason for the potential speculative bubble around NFTs.

Yet the same argument can be made for physical art. These days, it’s not too hard to replicate the Mona Lisa. Nevertheless, only the original is worth several hundred million (the insurance value is just under $1,000 million).

On the contrary, in fact – there are many who argue that the more often a painting is replicated, the more valuable it becomes. In other words, it is precisely because the Mona Lisa is copied everywhere (T-shirts, mugs, paintings, etc.), and is known globally that the original is worth so much.

The same can be said of digital art in the form of NFTs – the higher the fame of an NFT, the more valuable the “non-fungible” original.

NFTs as a Status Symbol

The intrinsic value of NFTs in the form of art is mostly zero (apart from any software code programmed on them) – similar to the majority of physical art, luxury goods, and other status symbols.

That’s exactly what NFTs in the form of digital art are: status symbols. Many say to themselves: why spend money on a physical art object that you can show to relatively few people when instead over 300 million Twitter users could see that you own a digital status symbol in the form of a valuable NFT (by making it a display image)?

Among the best known of these NFT status symbols at the moment are the CryptoPunks and the Bored Apes from the Bored Ape Yacht Club (BAYC). The CryptoPunks are a collection of 10,000 unique NFTs, each 24×24 pixels, launched in 2017 with prices ranging from one to $34 per punk.

In the first week of November last year, 61 CryptoPunks changed hands at an average price of around half a million dollars while the most expensive punk to date cost eleven million.

The BAYC is also an NFT project with 10,000 unique images; the most expensive Bored Ape so far changed hands for around 2.7 million.

Such NFTs are now far more than status symbols in the form of Twitter display images – they increasingly come with access to increasingly exclusive communities.

Many of the nearly 6,000 BAYC owners meet regularly in various cities, there are WhatsApp, Telegram, and Discord groups exclusively for “Apes” and in early November there was the first big “Bored Ape” party in New York with exclusive access for Apes.

In attendance were many well-known names from the world of music, film, and sports who are now members of BAYC.

On top of that, brands are increasingly being launched around individual NFTs. For example, BAYC owners have launched a coffee brand and a beer brand with their respective Ape as a logo, among others, and have benefited enormously from the growing awareness of BAYC – even though the image rights around NFTs have been anything but clearly defined until now.

With all these projects and exclusive communities around NFT collections, not only the cultural relevance of these collections increases but also the price.

At the beginning of November, the so-called “floor price” for BAYC NFTs (meaning the cheapest Ape you can buy) was just under $200,000.

The combination of physical and digital unique objects is also exciting. For example, the Swiss shoe company On could have launched a thousand digital versions of “The Roger” along with the physical (numbered) shoes.

While this still sounds abstract, something similar has already happened: In June of 2021, a virtual Gucci Dionysus bag sold for over $4,000 on the Roblox gaming platform (the physical bag costs just under $2,500).

This is despite the fact that the bag is not even an NFT – meaning it can be easily replicated digitally.