In some countries, Bitcoin has already arrived in people’s everyday lives in order to be able to use it to pay for bread in the morning or coffee around the corner. Nevertheless, as current experience shows, it is still difficult to cover your entire everyday life with Bitcoin alone. Bridge options such as debit cards for cryptocurrencies play an important role for adaptation.

Coinbase announced yesterday that XRP has been added to the portfolio with immediate effect. BAT, REP, XLM and ZRX will follow soon. So far the Coinbase Visa card has supported Bitcoin, Ethereum, Litecoin and Bitcoin Cash. This increases the number of supported cryptocurrencies to 9, which can be issued using the Coinbase Visa card.

The Coinbase Visa card is connected to the wallet of Coinbase of the respective customer. For example, if a person pays with the Visa card in the UK at McDonalds, the corresponding amount in Bitcoin is deducted directly from the Coinbase Bitcoin wallet. The Coinbase Card App can be used to select which account is to be debited from Coinbase.

Thus the Coinbase Visa card can be used like a normal money card. This creates a bridge between cryptocurrencies and everyday use. Since Coinbase introduced the Visa card in the United Kingdom in April of this year, demand has risen sharply to date. JD Millwood, Head of Marketing at Coinbase UK, explains:

Since launching earlier this year, Coinbase Card has helped tens of thousands of users spend their crypto as easily as the money in their bank accounts. With Christmas approaching, the demand for Coinbase Card will be will higher than ever.

Crypto debit cards on the advance

Since Bitcoin cannot yet be used nationwide to pay for a coffee or a supermarket order, payment solutions such as the Coinbase Card are a key driver for the adaptation of cryptocurrencies.

In June of this year, Crypterium launched a debitor card, which is also linked to a cryptocurrency wallet, and sold more than 4,000 debtor cards directly in the first week.

Crypterium was founded by former Visa director Steven Parker and has since experienced strong demand from many countries around the world. The following card shows that demand is particularly strong in the United States, Europe and Asia. 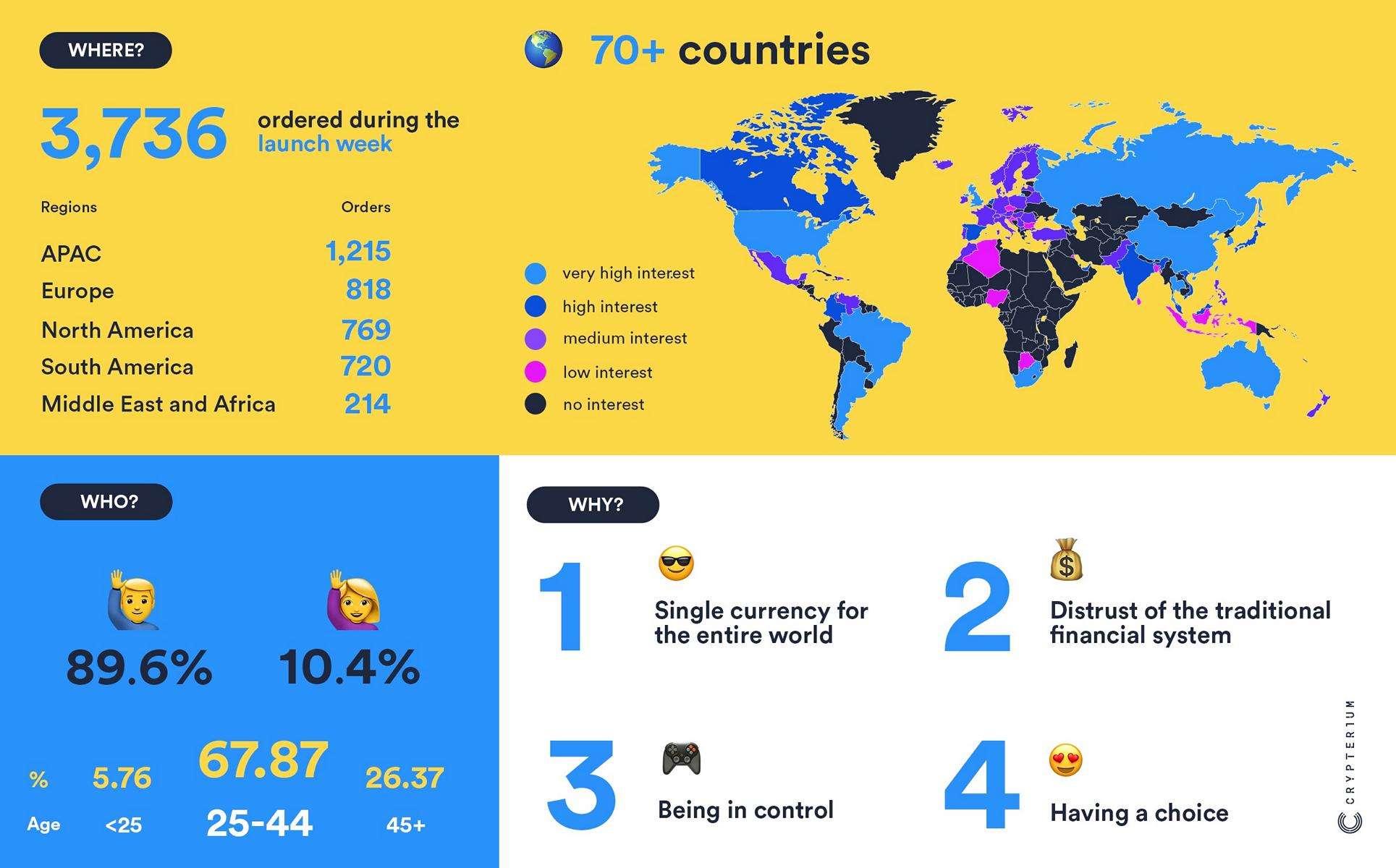 The debit card is particularly popular with men (89.6%) between the ages of 25 and 44. Users all over the world want to be able to pay with a single currency and have a choice as to which cryptocurrency to use. It remains to be seen how fast adaptation will progress in the future.