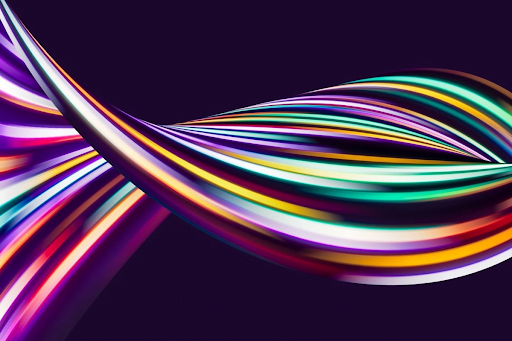 In many ways, it does not suffice to say that the internet was built upon interoperability – it IS interoperability. By its very nature, the internet allows billions of independent users, companies, programs, and machines to use the same set of protocols to interact with one another (such as TCP/IP and HTTP), thus giving birth to one of the most effective networking mechanisms the world has ever seen.

Web 2.0, the current version of the internet, makes browsing and engaging with content across several platforms, servers, and locations easier than ever before. Each content source on Web 2.0 frequently links to other websites, images, and videos, connecting the huge ecosystem into one gigantic “web.” However, the same cannot be said for Web 3.0, which is the version of the internet that we are slowly transitioning to.

An introduction to Web 3.0

The third generation of internet technology is known as Web 3.0. The key aspect of Web 3.0 is the decentralized interconnection of data. The objective is to create an internet that is more self-sufficient, intelligent, and open, enabling a system wherein individual users may control their data. Of course, this is a far cry from the current state of affairs, in which Web 2.0’s centralization has resulted in a system of surveillance, exploitative advertising, and consumer monetization.

To enable this decentralization, Web 3.0 must embrace new technologies such as artificial intelligence, IoT, and blockchain. As a result, third-generation web infrastructures feature interoperability, automation via smart contracts, seamless integration, and censorship-resistant P2P data file storage. Blockchain, in particular, will be a critical driving force in the internet’s future development.

The interoperability issue with Web 3.0

Unlike Web 2.0, the third iteration of the internet does not have the same level of connectivity. This is due to various factors, the most significant of which is that the existing blockchain ecosystem is highly fragmented. In other words, hundreds of independent blockchains, dozens of sidechains, hubs, and bridges operate in siloed environments with separate captive user populations.

In general, each blockchain serves a distinct function and is designed to address a different set of use cases when compared to rival blockchains. Unfortunately, this means that the various blockchains are not interlinked and cannot communicate effectively, if at all. Until the issue is rectified, Web 3.0 solutions developed on top of these blockchains will live in gigantic silos, defeating the entire purpose of Web 3.0. Of course, this is one of the key challenges facing Web 3.0 developers today. Currently, there are a few o

Why cross-chain technology isn’t the answer

Since blockchain development is still in its early stages, we are continuously devising new methods to enable communication between the various chains. This issue of interchain operability is now being addressed from three different perspectives. Each of these interoperability solutions aims to facilitate the smooth transfer of data and value across separate blockchains without using any intermediaries. This means that any blockchains with similar network properties can exchange data and values with one another. Let’s take a look at each of these “cross-chain” options and see how they work:

Sidechains are typically layer-2 protocols designed to be interoperable with a single mainnet. Each sidechain is unique regarding its consensus mechanism, token, and use case. Polkadot and Cosmos are two common examples of side chains. In the case of Cosmos, numerous separate chains, known as zones, can exchange value using the inter-blockchain communication (IBC) protocol. The Cosmos Hub, which maintains the total value of tokens owned by each zone, allows users to move tokens from one zone to another. While side chains perform well, they are constrained by their centralization since users cannot easily move assets outside of their ecosystems.

Oracles provide real-world (off-chain) data to smart contracts running on decentralized networks. As such, oracles bridge the information divide between off-chain and on-chain systems. At present, the most popular Oracle solution is Chainlink. While these solutions have merit, they establish an intermediary layer of opaque, costly, and insecure third-party oracles, which likely makes them unsuitable as a long-term solution to Web 3.0 interpretability.

Cross-chain bridges, such as wrapped assets, allow some crypto assets controlled to be burned/locked on one chain while an identical asset is minted/unlocked on another network. The minted asset is then sent to the original user’s address. Wrapped Bitcoin, for example, allows Bitcoin to be used as an ERC-20 token – a token specification used by many different blockchains. Major issues here include a lack of scalability and security, as well as the level of difficulty involved in engineering these bridges.

While these three cross-chain approaches have done a fantastic job of breaking down barriers and improving operability in Web 3.0 infrastructure, the unfortunate reality is that they only function for blockchains with identical networking features. Cross-chain solutions, for example, may be able to assist users in transferring data between Ethereum and Polygon, but they do not provide a solution for individuals wishing to move data between mutually exclusive chains, such as Bitcoin and Ethereum.

What does “omnichain interoperability” mean?

For the various blockchains to meaningfully connect and engage with one another, a new solution must be brought to the table so that we may truly harness the tremendous potential of Web 3.0. Enter the “omnichain,” a fully interoperable platform that offers a common infrastructure where all chains interact with one another, allowing for frictionless data transfer. Omnichain protocols are designed to provide secure, ordered, and generic message transmission between any two contracts on distinct chains, regardless of their networking capabilities, token, consensus mechanism, or use case.

As blockchain adoption grows, new use cases emerge in a wide range of industries, including decentralized finance (DeFi), metaverse, asset tokenization, NFTs, and so on. However, as previously stated, existing cross-chain solutions are unlikely to provide adequate compatibility, which will likely lead to serious scalability challenges in the future. Actually, these difficulties are already being felt, as seen by Ethereum network congestion, which results in high gas prices and slow transaction speeds, affecting both developers and users.

With all that said, let’s take a look at some of the key players that are developing solutions that will facilitate an omnichain future. 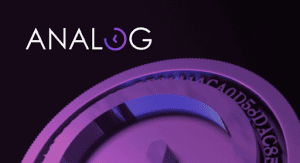 Analog is an omnichain network that operates using a novel blockchain consensus mechanism called proof-of-time (PoT). The platform unites a complete ecosystem of blockchains, allowing them to work in unison using verified event data. Analog enables current and future dApps to go beyond the boundaries of Ethereum Virtual Machine (EVM)-compatible chains, enabling a variety of real-world use cases. It also unlocks value for a variety of stakeholders. Platform builders, for example, may effortlessly connect their chains to all other networks, dApp developers can now host their apps on any chain and interface with diverse ecosystems, and users can immediately engage with all dApps from their Analog wallet. 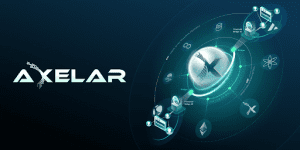 Another omnichain platform is Axelar Network, which serves as a decentralized state machine in charge of handling cross-chain requests. The network supports several critical protocols, including the Cross-Chain Gateway Protocol (CGP). CGP is at the heart of the system, allowing Axelar to effortlessly onboard additional chains with no restrictions on the consensus rules and transfer information between them, creating an omnichain infrastructure on which Web 3.0 may be developed. 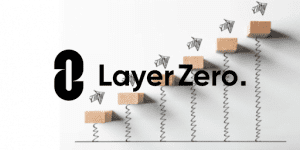 LayerZero is an omnichain platform that enables decentralized apps (dApps) to create solutions that can operate across various blockchains. LayerZero uses decentralized oracles to broadcast block headers on demand, eliminating the need to maintain all block headers sequentially and allowing for more efficient use of on-chain light nodes. LayerZero employs this approach to transport messages between on-chain endpoints. When a message is sent from one chain to another, the origin chain’s endpoint notifies the designated Oracle and Relayer of the message and its target chain. The Oracle then sends the required block header to the endpoint of the target chain, and the Relayer provides transaction proof. Once the proof has been confirmed on the target chain, the message may be transmitted to the address specified.

Omnichain interoperability must be a priority in Web 3.0

As we progress into a more decentralized version of the internet, Web 3.0, we must look for ways to facilitate effective communication between the various independent blockchains. However, while the cross-chain solutions discussed in this article have gone a long way to overcoming many issues, they still do not offer the level of scalability, security, and operability needed to facilitate a full transition to the next generation of the internet. As a result, omnichain interoperability must become a top priority in Web 3.0 so that seamless communication between chains and apps can exist in a common network.