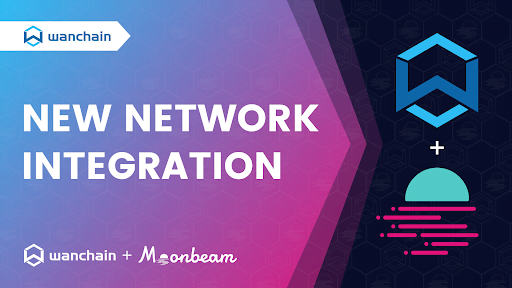 Notably, Moonbeam is an Ethereum-compatible smart contract platform on Polkadot. Its community-led sister network, Moonriver, finalized its last launch phase on Kusama on Thursday and is now fully operative. Wanchain, or the Wide Area Network chain, on the other hand, is a global pioneer of decentralized blockchain interoperability.

Wanchain now makes history as being among the first project deploying on Moonriver. Later on, Wanchain intends to integrate with Moonbeam to access Moonbeam’s and Polkadot’s rapidly growing ecosystems. With this, developers on Kusama’s DeFi ecosystem will be able to create decentralized cross-chain applications.

Notably, Wanchain and Moonbeam are committed to developing an interoperable multichain future. The two are confident that cross-chain interoperability of assets, smart contract calls, and data will comprise the upcoming blockchain innovation.

Li Ni, Wanchain VP of Business Development and Operations, states: “Moonbeam is rapidly becoming the industry leader for vision and execution by building a fully ethereum-compatible environment on Polkadot. They are already the premiere on-ramp to the Polkadot network. By working closely with Moonbeam, Wanchain’s best-in-class cross-chain infrastructure will connect Polkadot and Moonbeam to the larger cross-chain DeFi world.”

DeFi activity is growing on many different blockchains, but the lack of integration between these blockchain ecosystems limits the liquidity and traction for many protocols,

Wanchain offers bi-directional connectivity options to multiple blockchain ecosystems from Moonriver. This connectivity will provide a rich set of assets to the growing DeFi ecosystem on Kusama and ultimately Polkadot.”

For Moonbeam, its Ethereum compatibility enables developers to deploy current Solidity language smart contracts to Moonbeam with few changes. The same applied to DApp front ends. Being a parachain on the Polkadot network, Moonbeam benefits from the overall security of the Polkadot relay chain and its sidechains. At the moment, Moonbeam is expected to launch on MainNet in Q3 2021.

Wanchain, on the other hand, believes that true DeFi is interoperable. For this reason, Wanchain drives blockchain adoption by bridging the world’s numerous blockchain networks. Developers are, therefore, able to build truly decentralized cross-chain applications powering the DeFi industry. In the coming weeks and months, more details about the Wanchain and Moonbeam integration will be shared as they unravel.