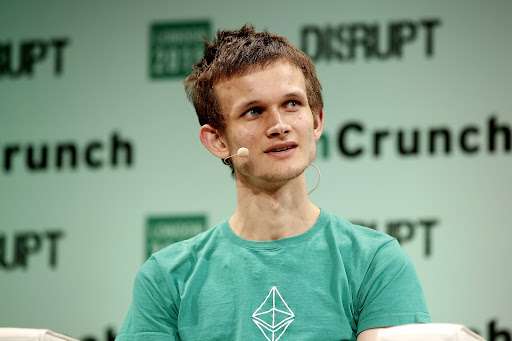 Ethereum co-founder Vitalik Buterin got the Twittersphere buzzing last week with a recent tweet in which he appeared to heap praise on the EOS blockchain project, labeling it as “Ethereum on Steroids”.

Buterin said the name recognizes how EOS’s core team of developers have learned from the “amateurish naivety and idealism” of Ethereum. He added that it is now led by “professional top-talent software developers”, adding that it has “much higher scalability and speed” than Ethereum.

EOS is Ethereum On Steroids.

The name reflects the fact that the core team learned from Ethereum's amateurish naivety and idealism, and built out a team of professional top-talent software developers that created a smart contract platform with much higher scalability and speed.

The tweet, which came in a reply to Ethereum Foundation developer Josh Stark, who asked “What’s EOS?”, sparked confusion among the Twitterati, who weren’t sure whether Buterin was being serious in his praise, or sarcastically dismissive of the EOS project.

CryptoNews seemed to believe the latter, reporting that he “praised the once-popular project”. However, others recalled that the nickname “Ethereum on Steroids” is in fact an old one that was used to slander EOS in the past, when it failed to deliver on its initial promise.

I feel so sad for anyone not realising this is sarcasm

Others were simply very confused, with @jungleincxrp noting that Buterin has been “acting very odd lately”:

Vitalik has been acting very odd lately. Not sure what’s up with that.

The truth is no doubt somewhere in the middle. While Buterin must be aware of what has happened at EOS, he may not realize the lengths to which its new team of developers is going to as it tries to revitalize a project that was indeed, once considered to be an “Ethereum killer”.

EOS was the darling of the crypto community back in spring 2018 when it raised a stunning $4.1 billion through an initial coin offering. The network promised solutions to all of Ethereum’s problems, including its lack of scale and its high transaction fees.

However, things quickly started going wrong for EOS, with reports that Chinese firms owned a majority stake in the network and scrutiny emerging over irregularities such as wash trading and vote trading. In 2019, the lead developer of Block.one, the company heading the development of EOS, quit the project without any warning. What followed was a cascade of resignations as Block.one’s core EOS team all began jumping ship, causing development activity on EOS to grind to a halt.

The EOS community was quick to realize that Block.one was neglecting its role as the blockchain’s head developer, and so it decided to take things into its own hands. In 2021, it formed the EOS Network Foundation, or ENF, and set about trying to wrest control of the project from Block.one.

The battle for control reached heated levels and after months of community discussion, the ENF eventually voted to block transactions worth more than 67 million $EOS (approximately $250 million) due to be received by Block.one for its work.

Yves La Rose, the CEO of ENF, cited an investigation by Wired that showed how Block.one was “intentional in its pursuit of greed” and had failed to deliver on multiple promises. The ENF rejected this “Theranos/Elizabeth Homes’ like behavior” and established its own path for EOS going forward, committing to develop its ecosystem and put EOS token holder’s interests first.

Since taking control of the project late last year, EOS has suddenly started making real progress. In the last few months it has expanded its strategic partnerships with new investors, developers and organizations all getting on board with the project. The most crucial recent development saw EOS release a set of Blue Papers, which cover the current state of EOS and its future roadmap. Consisting of four separate papers, they focus on rebuilding key parts of the EOS ecosystem.

A lot of people are starting to pay attention to what’s going on with $EOS.@VitalikButerin

We are making a comeback, and nothing can stop us now.

A short thread is for everyone who needs to be caught up: 🧵 https://t.co/fDE8L4d5Yv

EOS now has a number of interesting projects under development, including the launch of Pomelo Season 3 NFTs, Co2Zero, which is a carbon-neutral decentralized exchange, and the Recovery+ initiative, a new hacking-response process that’s designed to make EOS safer and more reliable.

In a follow up tweet to Buterin, La Rose said that now “the snakes” (Block.one) are gone, the top-talent developers are indeed returning to EOS in droves, helping to power what he said is the world’s “most active blockchain” and “fastest EVM”.

Now that snakes are gone and the @EOSNFoundation has replaced the leadership void, $EOS is finally on the up-swing.

The GitHub is active, the community is reinvigorated, funding is available, talent is returning to #EOS and EOSIO is becoming a hub for rapid innovation. pic.twitter.com/OiX8DXDp04

After years of stalled development, the project is finally moving into high gear and making up for lost time, and has already achieved some impressive milestones since the ENF took over the helm. Whether or not it will be enough for EOS to live up to its Ethereum on Steroids nickname remains to be seen – but according to La Rose, that is no longer the goal.

The New $EOS is the fastest, the cheapest, the most sustainable and the most performant L1.

But it is not the “ETH killer”

With @TrustEVM around the corner, #EOS will be the ETH-enabler as the premier L2 solution.@VitalikButerin, let’s chat at @ETH_Toronto and make it happen?