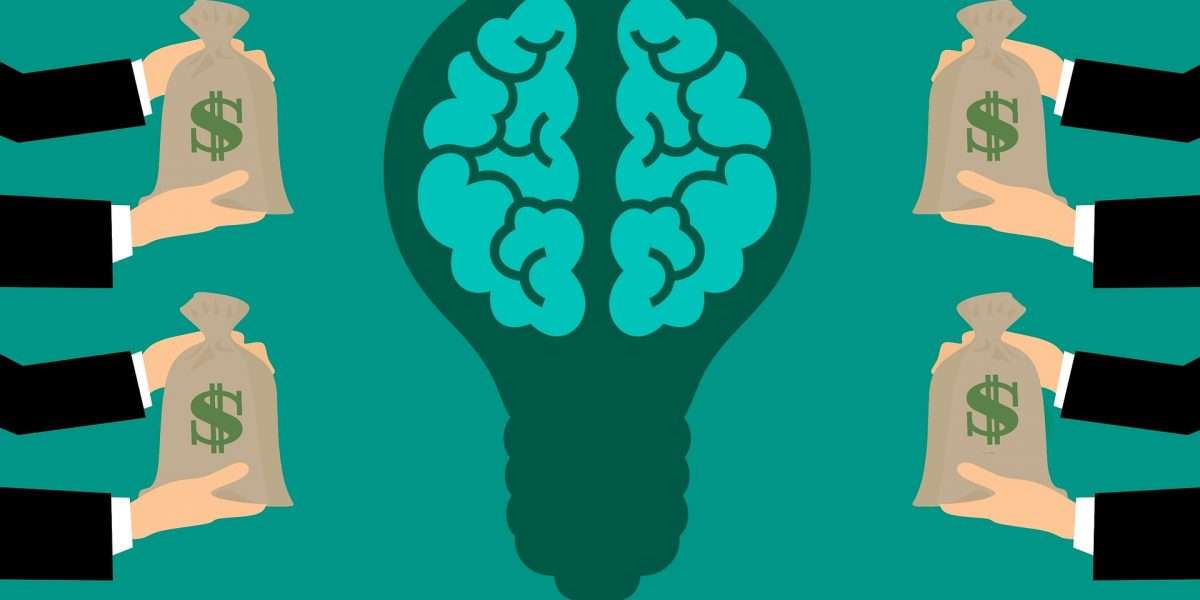 Cryptocurrencies are becoming the go-to asset for investors globally, with a study in Britain proving that Bitcoin was more popular than stocks. With this rise in popularity, the industry has attracted ever-increasing investment from traditional investors. According to a new report, the industry has attracted over $17 billion from venture capital firms, close to all other years combined.

For years, the crypto industry was thought of as the antithesis of the traditional venture capital industry. This was most visible starting in 2016 and hitting its peak in 2017 when hundreds of ICOs raised billions of dollars from the Average Joes, decentralizing the fundraising industry and taking away the power from the few elites. However, VCs have stepped up their game and are now backing some of the biggest successes in the industry.

Data by private capital markets insight firm Pitchbook show that VCs have invested $17.2 billion in crypto this year. This is over three times the amount they invested last year which stood at $5.5 billion. The previous record was $7.4 billion which was raised in 2018.

Of the $17.2 billion, close to 60 percent was raised by one firm – Bullish Global. As CNF reported in mid-May, Bullish Global is an exchange created by Block.one, the company behind the EOSIO blockchain and the EOS token. The software company supplied 164,000 BTC and $100 million cash to provide liquidity in the exchange. It also raised $300 million from strategic investors for the exchange. These included Silicon Valley demigod Peter Thiel and British hedge fund billionaire Alan Howard.

However, even without considering the Bullish Global investment, crypto firms have still been able to raise $7.2 billion. This is almost as much as the $7.4 billion they raised in the previous record year 2018. Impressively, this amount is only for the first six months of this year. 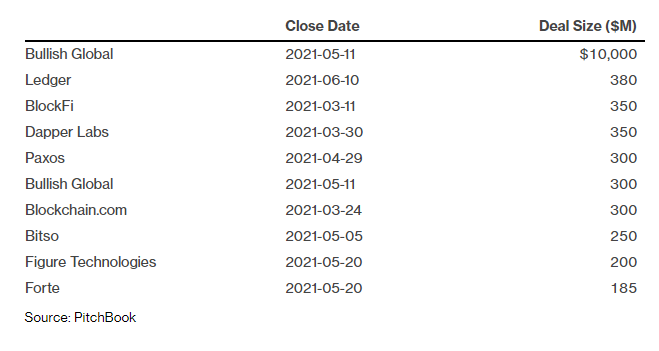 Aside from Bullish Global, Ledger has the highest VC capital, raising $380 million this month. The Series C funding round for the French crypto hardware wallet maker was led by 10T Holdings. It valued the company at over $1.5 billion. Ledger boasts of 1.5 monthly active users and claims it secures 15 percent of all crypto globally.

BlockFi, an American crypto lender is third, raising $350 million in March at a $3 billion valuation. Bain Capital Ventures led the round, with BlockFi CEO Zac Prince revealing that an IPO is in the works. BlockFi, at the time, had over $10 billion outstanding loans and over $15 billion in assets.