Justin Sun has shared data on the strong growth of the DeFi sector on TRON via Twitter. The chart showing the growth of Ethereum’s and TRON‘s active addresses since the beginning of the year was originally posted on Twitter by Mike McCarthy. As McCarthy noted, the number of active addresses for TRON has increased by 4,452% since the beginning of the year, while this metric for TRON’s competitor Ethereum has only grown by 123%.

However, as can be seen below, Ethereum still maintains its position as the leading platform in the terms referred to by TRON’s community member. According to the chart, Ethereum still has 516,867 active addresses versus 305,581 for TRON. Especially since mid-July, TRON has experienced strong growth, with the number of active addresses nearly doubling since that date.

Will TRON displace Ethereum as king of DeFi?

Sun also shared another statistic where TRON is ahead of Ethereum, at least according to the data from Dapp Review. As TRON’s CEO explained, the number of active users at TRON is four times higher (170,787) than Ethereum (40,133) and eight times higher than its competitor EOS (19,532). In this sense Sun declared yesterday:

We will continue to work hard to provide users with high throughput, high scalability, and high availability for all #Dapps in TRON ecosystem.

However, as can be seen from the chart below, TRON has lost a considerable number of active users since August 24th. In less than 24 hours, the number of users on TRON has dropped to almost the same level as on Ethereum. According to Dapp Review data, TRON registered 39,550 active users on August 26. 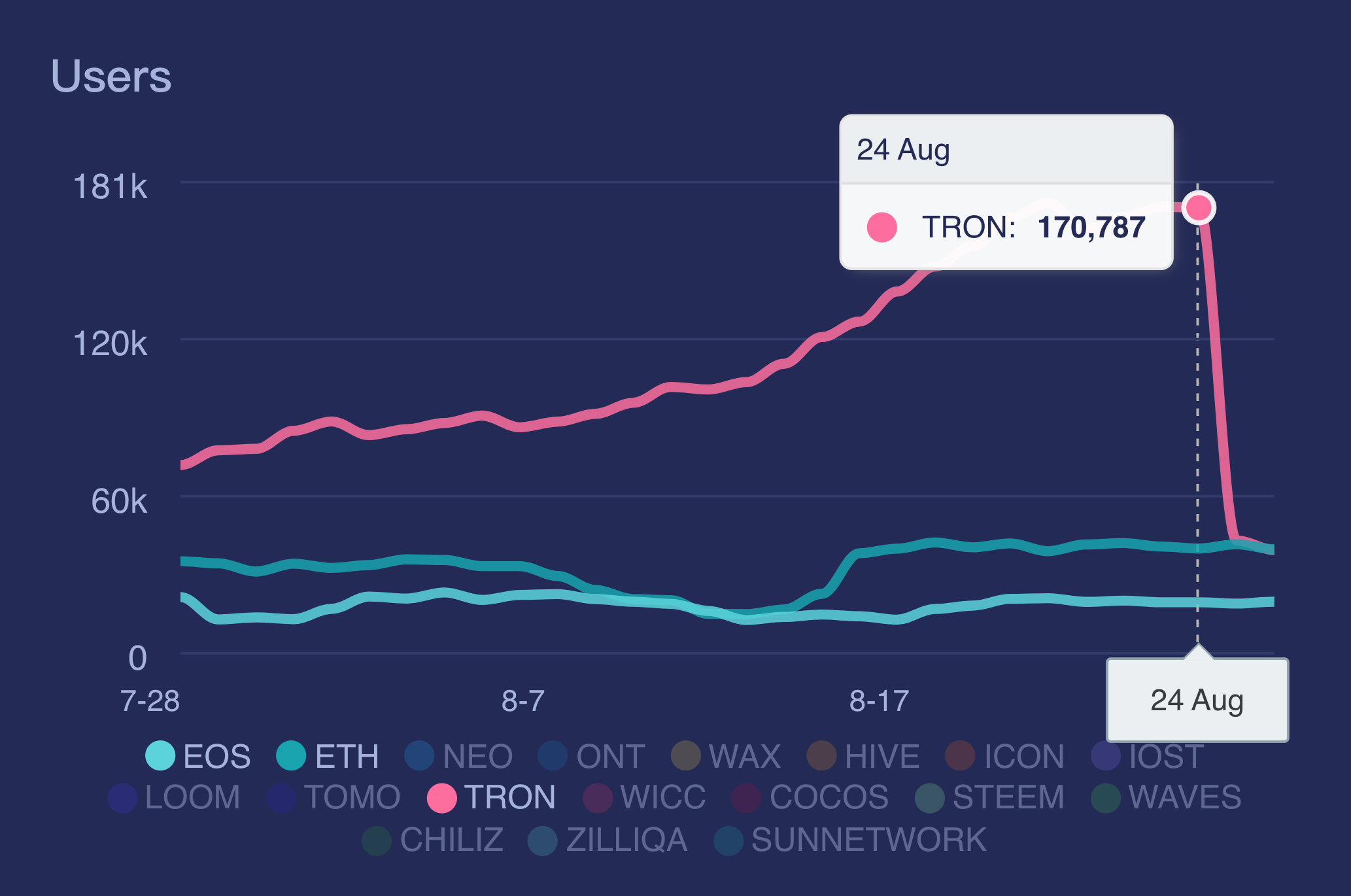 Additionally, data of TRON’s DeFi platform JUST shows that the overall liquidity level for JustSwap reached a new all-time high. At the time of publication, total liquidity stands at $9,385,617 with an increase of 4.94% in the last 24 hours. However, the platform also saw a 17.05% decline in trading volume, bringing it to USD 3,976,773 million in the last 24 hours. 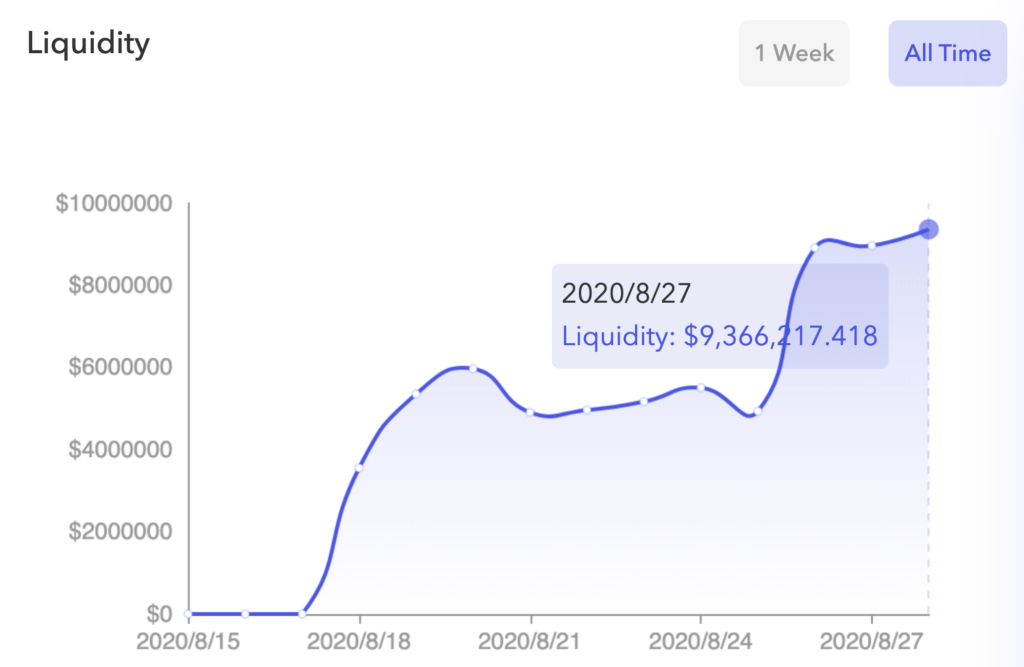 In accordance with the growth in the sector registered by the JustSwap protocol, the collateralization of the TRX token has seen a 20% increase in the last 24 hours. This increase coincides with the launch of the new Wrapped TRX token. As McCarthy explained via Twitter, this token is a TRC-20 standard version of TRON’ TRX token.

Although TRX is TRC-10 standard token when executed in a smart contract, it can be replaced by the Wrapped TRX. Similar to the Wrapped Bitcoin in Ethereum’s DeFi ecosystem, McCarthy said, it increases the functionality of TRX. It can now be used in atomic swaps and DeFi swaps at any time. While some members of the crypto community celebrated the token’s release, others were extremely critical. The user Nitrog stated the following:

TRX team should become a personal assistant of vitalik, so that the copy pasting work will get finished earlier than before.

In addition, it remains to be stated that the DeFi ecosystem of TRON still constitutes to be a fraction of that of Ethereum. While Ethereum’s DeFi now has a total value of 7.41 billion USD, TRON is still far from breaking the 100 million mark.