According to the BitTorrent website, BitTorrent Speed is an application integrated into uTorrent that allows platform users to receive BTTs (BitTorrent Token, the digital coin of BitTorrent). Users only need to share their files to receive the token rewards.

The website dapptotal records a total number of 4,103 dApps. At the time of publication, the number of active users for all registered dApps is 101,102 users (in the last 24 hours). The number one dapp on the website is MillionMoney based on Ethereum and registers 4,000 active users per day.

The data collected by these websites shows the advantage in number of users that BitTorrent has. Furthermore, according to BitTorrent data, the growth should continue. Below, a graph showing the difference between the number of active users on different websites compared to BitTorrent Speed: 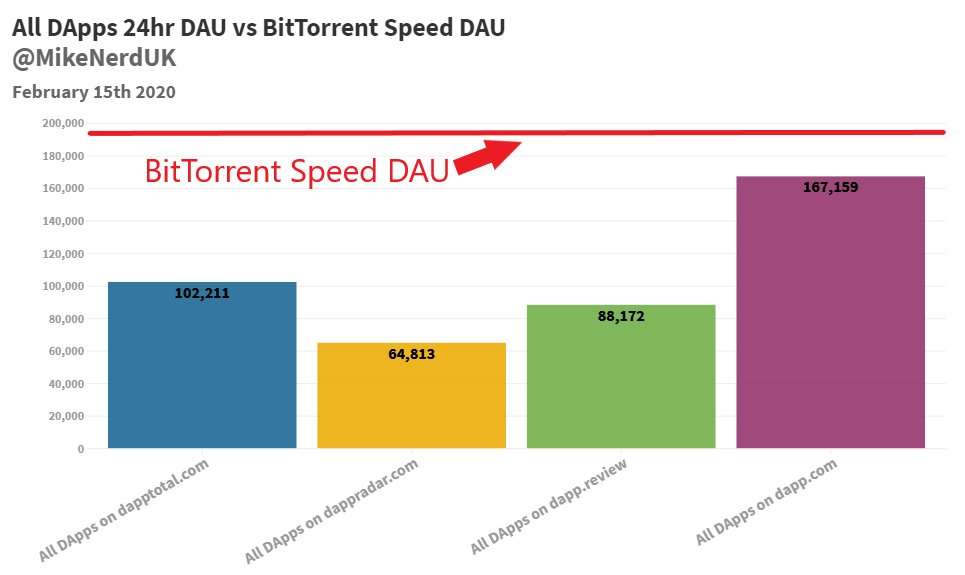 As reported by CNF, TRON CEO Justin Sun had been giving hints about a major new partnership. On February 14 he informed the TRON community that the blockchain-based content platform, Steemit, will be part of the TRON ecosystem.

Steemit is based on the Steem blockchain and is a content platform with more than 20 million active users. However, the reaction of the Steemit community was divided. Some said that the cooperation is being misleadingly advertised. The user Lukestokes said that many people do not understand the difference between Steemit and the Steem blockchain. He wrote:

The blockchain Steem is not (to my knowledge) owned by anyone.

TRON’s CEO responded to the publication and said he hopes the Steemit and TRON community can work together. However, luestokes said the community is disappointed and concerned.