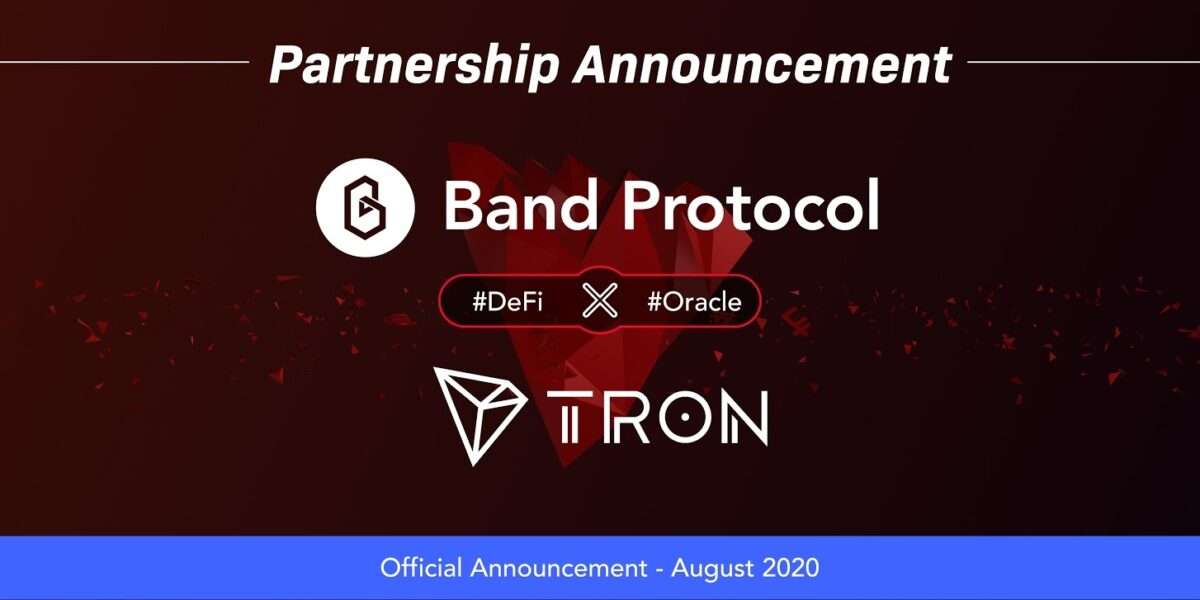 After TRON founder Justin Sun made a landmark announcement yesterday, it became known a few hours ago that TRON has entered into a strategic partnership with Band Protocol, one of Chainlink’s biggest challengers in the field of the distributed oracle technology. The goal of the partnership is to bring the Band Protocol oracles into the TRON ecosystem. In addition, a TRC20 based BAND token is being researched to be used as a collateral asset in TRON’s DeFi.

As part of the strategic partnership, the TRON Foundation is already working closely with Band Protocol to advance integration into the TRON ecosystem. The first Band Protocol dApp integration is with JUST, TRON’s stablecoin protocol, to secure over $30 million in collateral.

From day one of the integration, the oracle network will offer a range of price quotations including BTC/USD, ETH/USD, BNB/USD, BUSD/USD, BAND/USD, XAU/USD, XAG/USD, EUR/USD, CNY/USD, JPY/USD, GBP/USD and KRW/USD. The cryptocurrency price feeds are automatically updated once every 5 minutes, while the commodity and forex feeds are updated once every hour.

Justin Sun commented on the new partnership as follows:

We are ecstatic to enhance TRON with the most valuable oracle product on the market. This integration marks a new era of high-quality partners, protocols, and services migrating to TRON’s blockchain. The future of blockchain technology is bright as we kick off a series of TRON DeFi partnerships to come. TRON’s ecosystem is growing faster than ever and having Band Protocol secure our top applications helps us speed up the adoption of DeFi and DApps worldwide.

The real “big” announcement, however, was a different one yesterday. Via Twitter Justin Sun announced his own DeFi meme coin, SUN. As Sun wrote via Medium, SUN has no venture capital or private equity investments, no pre-mining or reserves for the team, and is fully community run through its open source smart contract.

(1/5) I am glad to announce that we have decided to launch $SUN 🌞 Genesis #Mining. ⛏️
#SUN🌞, manifesting total #community self-governance, is a living demonstration in the coalescence of encryption with artistic expression.https://t.co/F7HNajPfQc

In other words, SUN is a governance token, similar to YAM or SUSHI, which will serve the governance of the project and will also provide liquidity by allowing TRX holders to stake their tokens to obtain SUN, which can be sold in secondary markets or used to vote on proposals to improve the network. In this sense, Sun stated that it hopes to replicate the success of similar Ethereum -based projects:

While TRON will celebrate the official launch of SUN on September 16th, TRX owners can start the “SUN genesis mining” as early as September 2nd. TRX owners have to visit the official website sun.market and place their TRX on the smart contract address of the genesis mining pool. Within 14 days, the smart contract will refund all credits to the users’ accounts without any fees. The total amount of SUN will be 19,900,730.