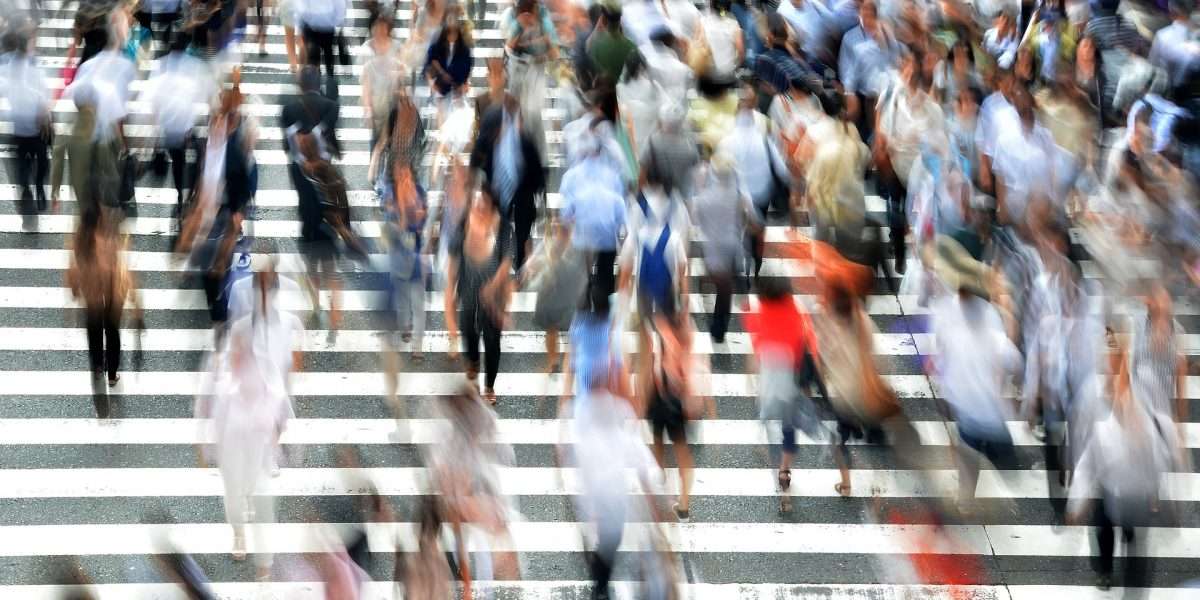 Cryptocurrencies had their best year yet in 2021. The price of Bitcoin shot all the way to $68,680 as Ethereum set a new record north of $4,800. Almost every other crypto set a new high too as the market cap crossed the $2 trillion mark. And it wasn’t just the price, as the number of users almost tripled to come just shy of 300 million. But can we hit a billion users this year? Crypto.com’s research thinks so.

In January last year, Crypto.com published a report that revealed the number of crypto users globally had finally crossed 100 million. A separate report by the deVere Group showed that 70 percent of its clients, aged 55 and above were invested or were planning to dive into crypto.

This growth would continue throughout the year. By July, this number had doubled and there were now 228 million crypto owners according to research. And it didn’t stop there – by December, there were 295 million people globally who owned cryptocurrencies. 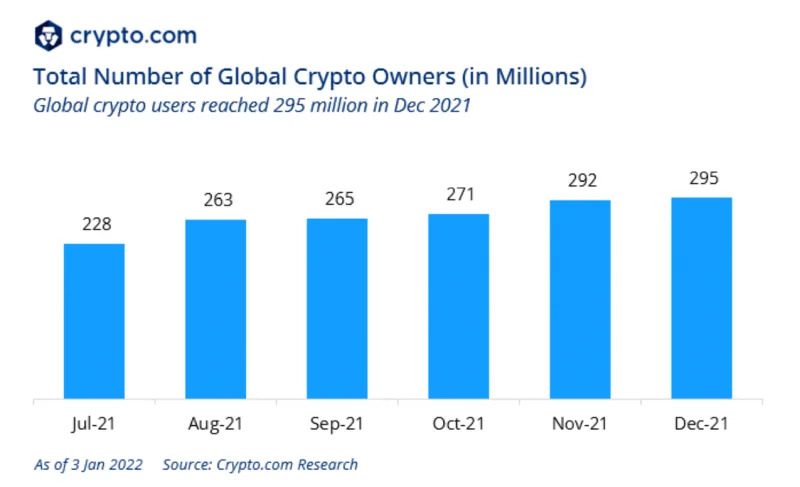 Looking at this growth, Crypto.com Research concludes that we will hit ten digits this year. And the exchange, which has become just as famous for crypto as for its lucrative marketing partnerships, isn’t the only one convinced we are going to a billion users this year.

Sam Bankman-Fried, the crypto billionaire who is the founder of FTX exchange and a Solana diehard fan, also believes we’re going to a billion. He believes the growth could come from bringing on non-crypto applications into the industry, which in turn can onboard more users.

In an interview, he stated:

There are some applications that themselves have about a billion users, so if one of them ends up on-boarding many of their users to crypto, that alone could get you pretty close. We’re not that far away already.

The pattern – when crypto prices drop, users dry up

“The best way to predict the future is to study the past,” Rich Dad Poor Dad author Robert Kiyosaki once said.

The same rings true for Bitcoin. To predict whether we can hit a billion users, we have to look at patterns of yesteryears and what they mean for the future.

The biggest pattern is the correlation between the prices and the number of new users. Whenever we go through a dip, like we are now, new users tend to dry up fast.

In August last year, the month-on-month growth rate was 15.2 percent. That month saw Bitcoin rebound after hitting $29,000 in July and go on to end August at $49,000. This price rise led to many new believers who wanted in on the gains.

If this pattern continues, Bitcoin must continue to gain steadily if it’s to attract 700 million new users this year. Already, it has shed 50 percent of its value since it recorded a new all-time high. Analysts are also predicting it could be a rough year for crypto as the Fed engages in quantitative tightening.

If Bitcoin, and the other cryptos, are unable to hit new heights, reaching one billion users will remain a pipe dream.

Away from the price correlation with the number of new users, crypto will largely depend on what a few countries with the highest population bring to the table.

Currently, two of the ten most populated countries in China and Bangladesh have banned crypto. India is considering a ban, and so are Russia and Pakistan. That leaves just five of the top ten most populous countries which are not favoring a Bitcoin ban – the U.S, Brazil, Nigeria, Mexico and Indonesia. But even then, Nigeria and Indonesia have prohibited commercial banks from facilitating crypto trades.

Combined, these ten countries have 4.5 billion people, one billion more than the rest of the world combined. China and India alone have 2.8 billion, and they could both be anti-Bitcoin this year if India moves forward with its proposed actions.

This would be a big blow and would make it that much harder for crypto to hit a billion users.

However, even if these top countries went against crypto, the industry would still stand a chance. Facebook, with its 2.8 billion users, is banned in China. TikTok, with a billion monthly active users, has been banned in India since mid-2020. These platforms have continued to thrive, and crypto may follow a similar path.

Then there’s the El Salvador factor. WIll any other country follow Nayib Bukele’s nation in making BTC legal tender? If this were to happen, the march to a billion users would seem much more realistic, depending on which country adopts BTC.

A billion users this year may be a reach, but if we were to double the user base to 600 million, this would still be a great leap for crypto. Maybe in five years, a billion users would be more realistic, as Coinbase president Emilie Choi once claimed.