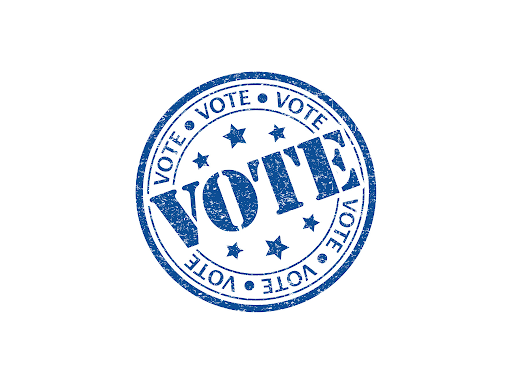 The concept of voting has always been intriguing, even though it comes with certain trade-offs. Society has come a long way from the first iteration of democracy in ancient Greece, yet inefficiencies remain. Decentralized Autonomous Organizations (DAOs) can help address these drawbacks, especially in an economic environment.

A Brief History Recap Of Votes

The concept of voting dates back to ancient Greece in roughly 508 B.C. During that time, the first form of democracy came to the forefront, although it was only accessible by male landowners. Their votes would be tallied up to determine the political leader or candidate to be exiled for the next ten years. Voters wrote their choice on broken pieces of pots.

The concept of votes and voting didn’t undergo too many changes until the 13th century. The Venetian state came up with an election of a Great Council of 40 members. Every elector could cast one vote for every candidate they found acceptable. Whoever received the most votes would be added to the Great Council, a system similar to how voting works today (on paper, at least).

Very little has changed since then, although there are various voting systems to maintain a sense of democracy. Whether using a parliamentary system – such as in the United States, England, and Japan – instant run-off voting – voters choose first, second, and third choice candidates, with votes transferring between them when one choice loses – each system has merit. Even fusion voting, where candidates run under various party labels in one election – can serve a purpose.

The downside to giving “power to the people” is the lack of information to weigh in on most matters. Most ordinary people have no political expertise or knowledge, making them ill-equipped to determine who is right for the job. Additionally, people are mainly interested in whoever can benefit them the most rather than look for the greater good. It makes the current voting system less than perfect, although a solution may be around the corner.

The concept of a DAO put a slightly different spin on democracy. It is a system open to anyone, with all information publicly visible. Moreover, the rules by which a DAO operates are transparent and enforced via code. Finally, individual members collectively govern the DAO by making crucial decisions about the project’s future, updates, financial details, etc.

More importantly, every participant can put together ideas or proposals for changes or improvements. The rest of the community provides public feedback on these contributions, and if one idea gains enough traction, it will be put to an official vote. The system aligns incentives between individuals and the protocol or project they represent.

Every DAO has its own set of goals, incentives, and objectives. As such, these decentralized autonomous organizations might maintain a different governance model than the next, although everything will be transparent to everyone before they become part of the DAO.

Several DAOs exist today, and they all have their own future plans. Uplift is a permissionless decentralized launchpad to incubate, launch, and accelerate decentralized finance projects. In addition, the Uplift DAO enables community members who stake their native token, $LIFT, to weigh in on decisions and be rewarded for being active contributors. Moreover, the DAO provides unique token opportunities and lets users earn tokens when promoting a project.

The team of iZUMi Finance and its DAO take a different approach. The voting revolves around the veNFT veiZi governance token. With veiZI, users engage in quadratic voting – casting votes reflecting investment in an issue, with consecutive votes on the same issue being worthless – on key issues. The veNFT approach brings more utility to non-fungible tokens and represents the number of tokens held within a veiZi NFT, rather than having governance votes represented by a number of tokens held in a wallet.

SnackClub, a Brazilian blockchain games-oriented project, recently launched a DAO committed to in-game item ownership. The Decentralized Autonomous Organization operates under community leadership where everyone can equitably participate by voting on major decisions. There are no fees to join, although participants must be 18 years or older. Moreover, DAO participants engage with the technology Snackclub invests in, enabling considerable oversight, voting power, and intelligence to ensure their interests are well-represented.

The Tweet DAO is one of the “funkier” implementations of a Decentralized Autonomous Organization. As a social media NFT project spanning 1,000 NFTs, it grants NFT holders the right to post a tweet from the DAO’s Twitter handle every 24 hours. It is far more popular than one may think, as people will gladly pay to be part of the fun. Although the project’s Twitter account has been suspended once already – and users tweet NSFW content and dubious NFT projects – it is a remarkable concept. Having 1,000 people own shared access to a Twitter account is democracy in a modern form.

A final example of voting through DAOs is EarthFund. The decentralized platform will offer tools to empower people to have more of a voice. It supports ERC-2o token launching and a DAO with gasless governance. Moreover, EarthFund makes it easier to join the Decentralized Autonomous Organization dedicated to things they are passionate about and lets users earn rewards for participation. Additionally, users can propose projects for funding and vote on allocating grants.

While the broad concept of voting in politics on economic matters may lead to people not knowing all the details, DAOs can offer a solution. It is not impossible to set up a DAO for voting on specific matters, ideas, objectives, and projects. The business model is very flexible, and anyone can become part of a Decentralized Autonomous Organization with ease.

More importantly, DAOs attract crowds who are passionate about whatever the Organization represents, providing a better audience and pool of knowledgeable people with the necessary knowledge to weigh in on these matters.