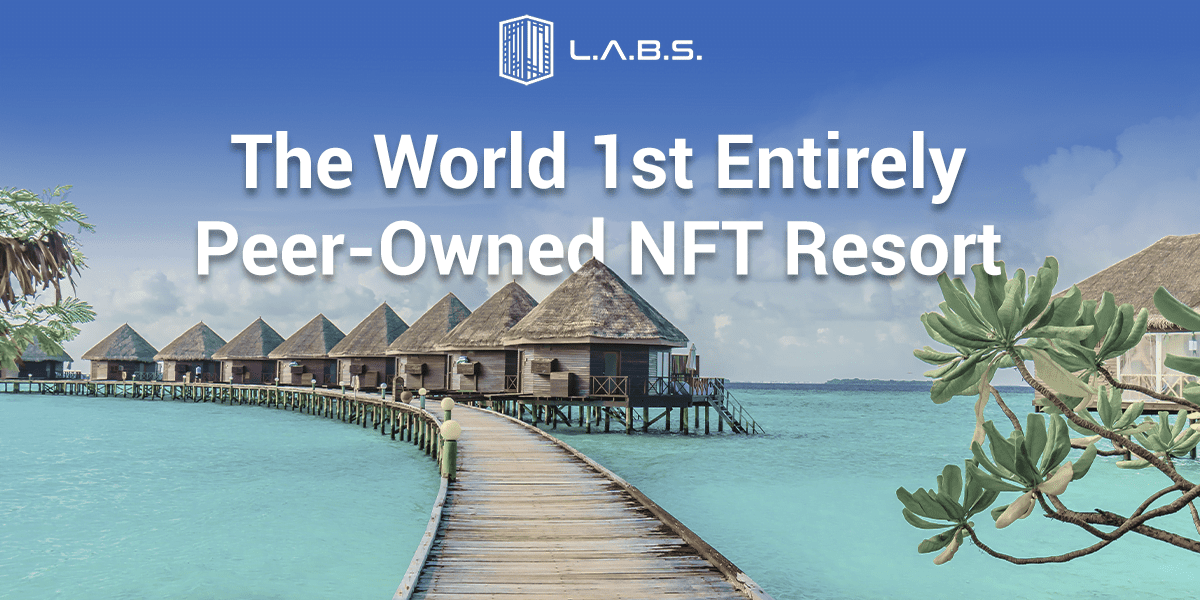 Non-fungible tokens are arguably the hottest trend in the tech and finance sector globally. They have lured some of the biggest companies, celebrities and brands, with their use changing and advancing by the day. Now, in a first-of-its-kind application, LABS Group has announced the world’s first entirely peer-owned NFT resort.

The LABS platform will directly reward and incentivize its users with timeshare based-NFTs. Each will have its own unique characteristics and utility that bring value to its users through fractional property ownership.

The unique combination comes at a time when tokenization has become one of the most potentially explosive applications of blockchain technology. According to the World Economic Forum, 10 percent of the global GDP will be tokenized by 2027. The real estate industry is one of those expected to lead this growth, and by integrating NFTs, LABS Group could have a headstart in this field.

In its press release, the company described the new product as one with the potential to forever change how real estate is transacted and invested in the future. It added:

This vision can fundamentally change how the industry operates moving forward, introducing a fully transactional tokenized real estate operation for global use.

And while NFTs have become quite popular, this marks the first time they are being used to represent ownership of real estate.

In the first quarter of the year, NFT sales surged by a staggering 2,100 percent according to market data. There were twice as many buyers of NFTs as sellers, further showing that the market is set to continue growing. Over $2 billion went into buying NFTs in that time.