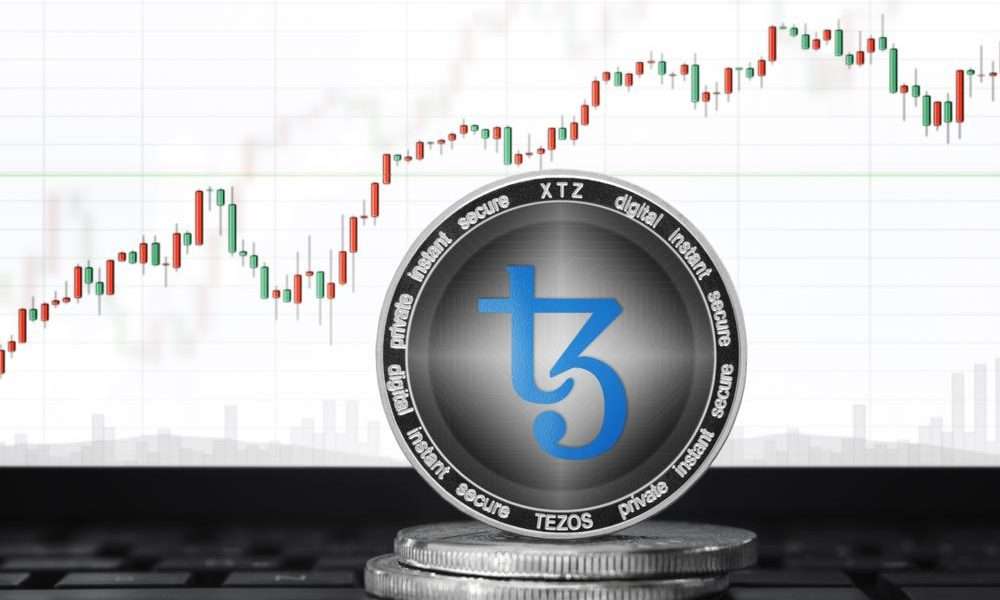 The cryptocurrency Tezos (XTZ) continues its ascent. At the time of this publication, the price of the XTZ stands at $1.68. In contrast to general market sentiment, Tezos has seen a 6% rise in the last 24 hours. Even more impressive, however, are the weekly and monthly gains of 31.73% and 45.02%, respectively. In addition, the cryptocurrency has entered the top 10 by marketcap. The further outlook seems bullish. According to several analysts the price of XTZ could continue to rise while new alliances are consolidated.

The crypto exchange Kraken is the latest which has announced the support for XTZ staking. Tezos holders will be able to receive annual returns of 6% for their assets on the Kraken wallet. The users will be able to leverage their assets with the Proof of Stake (PoS) to validate transactions on the Tezos blockchain. Reward payments will be made two days a week, Monday and Thursday. To participate users must have Tezos assets on the Kraken wallet.

As CNF has reported, Kraken joins other crypto exchanges such as Coinbase and Binance in offering the service  for Tezos staking. Furthermore, Tezos consolidated an alliance with Ledger. Wallet users will also be able to receive rewards and delegate their XTZ directly.

Tezos enters the top 10 by marketcap

These announcements seems to have a direct impact on the price of the XTZ. As mentioned above, the Tezos price has gained about 45% over the last month. The reason why the announcements of the exchanges could have had such a big influence on the price of Tezos is due to the nature of the Tezos PoS. The exchanges have to buy and hold Tezos to offer the staking service.

This is one reason why some Tezos enthusiasts are very bullish. The Twitter user “The Don” claimed that  Coinbase still has to buy more than one million Tezos tokens to maintain their participation rights. This could continue to drive the price of XTZ.

Coinbase still needs to purchase 1.3 MILLION Tezos for its staking operation or else forfeit its staking rights. And you aren't buckwild bullish?

Members who are skeptical tend to look at development in the long term. TheCryptoFam explained that the Tezos phenomenon has already occurred in the past for ETH and EOS, without long-term positive results. He said:

Tezos is valuable because:

1. It will tokenize assets like art and real estate on the blockchain

2. Exchanges have to hold a lot of it and not sell for the platform to work

Sounds like 1 has been promised before with ETH and EOS, and 2 is just standard Ponzi lingo

As a result of the price rally, Tezos has reached the top 10 by capitalization. At over a billion dollars, it could reach Bitcoin SV in the next months. However, it remains to be seen which of the bids on the XTZ price will be certain in the long term, the bullish or bearish. In any case, 2020 will be an interesting year for Tezos and for the exchanges that offer services for staking.