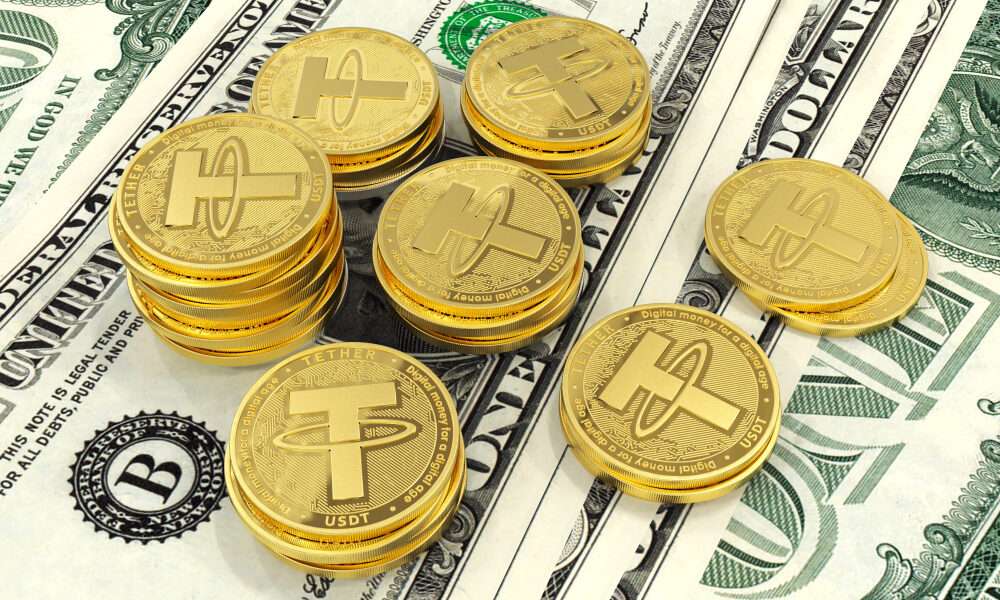 There are a lot of predictions regarding Tether (USDT) taking the second spot based on its market capitalization. This is because of its rapid growth since 2017 with one sudden drop in October 2018.

It would take something big to curb the growing adoption of Tether. If current trends prevail, Tether’s market cap could overtake Ethereum next year,

According to several current crypto news, if Tether succeeds in taking the second spot next to Bitcoin, it will also pave the way for widespread adoption of Central Bank Digital Currencies (CBDCs) and stablecoins. Despite the prediction, Tether’s market cap still lags behind Ethereum by $17 billion.

However, not everyone in the crypto community is happy with this news. Adam Back, a crypto pioneer said that Bitcoin is the only benchmarker that matters.

What’s amazing about Tether is that it has been a dominant stablecoin in China even though the use of crypto is banned since 2017.

Last month, the crypto community was in shock when Tether overtook Ripple based on its market cap of over $9.2 billion. As of writing, Tether is now the 3rd largest crypto in the market. One of the factors why it surpassed Ripple is because of the huge amount of newly created USDTs. There is also a huge increase in the number of transactions from September 2019 to May 2020. Contrary to Tether’s increase in value, the market cap of Ripple has experienced a huge collapse.

Although Tether dominates the crypto market, data shows that its $15.7B market cap did not negatively affect Bitcoin’s volume. It is also shown that nearly 73% volume market share over the past three months belongs to USDT.

In terms of Bitcoin trading into USDT or other equivalent stablecoins such as USDC or PAX, we haven’t seen a significant shift in terms of volume,

For the top altcoins in the last few months, volumes aren’t necessarily moving away from BTC markets. Rather, they are offered and utilized in tandem with USDT markets. USDT markets are attractive because they generally offer superior liquidity compared to BTC markets across most exchanges,

he added. With Bitcoin retaining its position, it soars past the $13,000 mark. Because of the sudden increase, it resulted in a wave of short liquidations.

Also known as USDT, it is a blockchain-based cryptocurrency that is categorized as a fiat collateralized stablecoin. When it was first released in 2014, the main objective was to make fiat currencies compatible with new crypto assets. What’s amazing is that it is 100% backed by USD. For instance, every Tether is backed by US dollars in a 1:1 ratio.

One of the reasons why it is well-received in the crypto community is because it offers stability to the volatile crypto market and liquidity to exchange sites that can’t deal in dollars. As of 2020, USDT is regarded as the largest and most used stablecoin. Since USDT became one of the most dominant cryptos in the market, it gives private individuals and investors more flexibility to use it as an alternative to US dollars.

Using Tether actually reduces the friction in the crypto market. This is because converting Bitcoin or any crypto into USDT is easier rather than exchanging Ethereum for Ripple. Although it is the largest and most popular stablecoin, there are still a lot of questions about how secure USDT is. As a matter of fact, it is a haven asset for most crypto traders. Here are some of the reasons why you should use USDT:

USDT cannot show huge fluctuations, the only change you can see is the fluctuation in the US dollar exchange rate. The good thing is that it is also very stable compared to others.

The circulation of USDT is stable and reliable because it is based on the Bitcoin blockchain.

Price of Currency is Intuitive

Compared to other currencies, you can easily see how much each USDT is worth. Because of this, Tether is one of the best candidates for you to invest in.