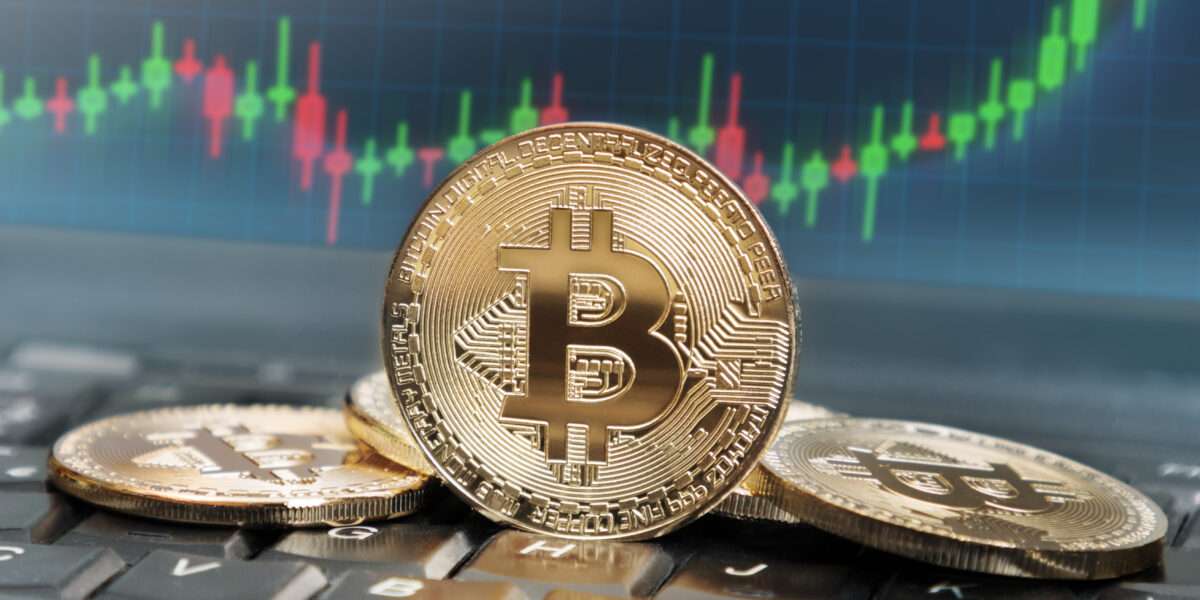 Up more than 14% in the last few hours, Bitcoin has resumed its rally in response to Tesla’s announcement. The company purchased $1.5 billion worth of BTC and is now the Nasdaq-listed company with the largest amount of the cryptocurrency in its holdings.

The aftermath of Tesla’s announcement was clearly felt across the crypto industry. Exchange platform Binance announced a temporary suspension of BTC withdrawals about 1 hour after the rally began.

In parallel with Tesla’s news, the exchange’s CEO Changpeng Zhao revealed a “massive” surge in traffic on Binance. Delays occurred on the platform. Since then, the platform has been fully back online and all users have full access to its features. Zhao made a direct connection between the events, saying that “it all happened because of Elon.”

The system is stabilized now, though a small percentage users see 1-2 second latency. For reference, the system volume just now was 60%+ more than our previous ATH at peak. Team will stay on it.

CryptoQuant’s CEO Ki-Young Ju speculated that Tesla may have made its BTC purchase via Coinbase. As the image below shows, the platform recorded an outflow of 30,000 BTC when the cryptocurrency was hovering around $38,000. That figure is what the Elon Musk-led company is estimated to have purchased, confirming the thesis that Coinbase Pro has been important in the institutional adoption of BTC. 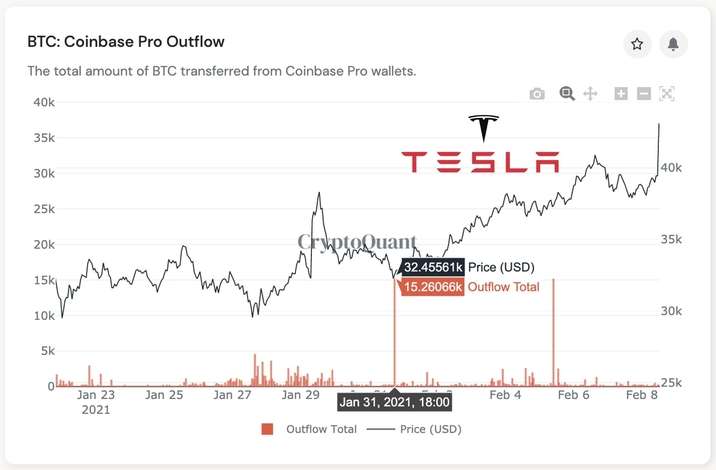 For market observers, Tesla’s purchase of Bitcoin has a clear origin: MicroStrategy CEO Michael Saylor. In December, Saylor responded to a tweet from Elon Musk about the cryptocurrency’s capabilities; told him that companies can also buy large amounts and offered him his “playbook.”

Since then, there has been speculation that Saylor may have shared the strategy MicroStrategy used to buy Bitcoin with Musk. To that end, as CNF reported, Saylor and his company recently held a “Bitcoin for Corporation” conference attended by more than 8,000 executives from 6,900 different companies. Among them was SpaceX’s treasurer, Richard Lee.

Lee’s participation in MicroStrategy’s event has led to speculation that SpaceX is also considering buying Bitcoin. This is one of many speculations in the community about new companies entering the crypto market. Messari Crypto founder Ryan Selkis believes Apple could be next.

Whether Apple, Google or another giant will follow in Tesla’s footsteps remains to be seen. Coinshare CSO Meltem Demirors, meanwhile, stated that it has become riskier for a company not to buy Bitcoin. Demirors believes that after companies, banks will be the next entities to buy Bitcoin and eventually nation states.

Thus, Elon Musk could be right with his recent prediction: “In retrospect, it was inevitable.”