The crypto market has had a rather turbulent week, which has resulted in a significant price movement of the main cryptocurrencies during these days. Therefore, we will analyze the chart of the three main cryptos by market capitalization: Bitcoin, Ethereum and Ripple. 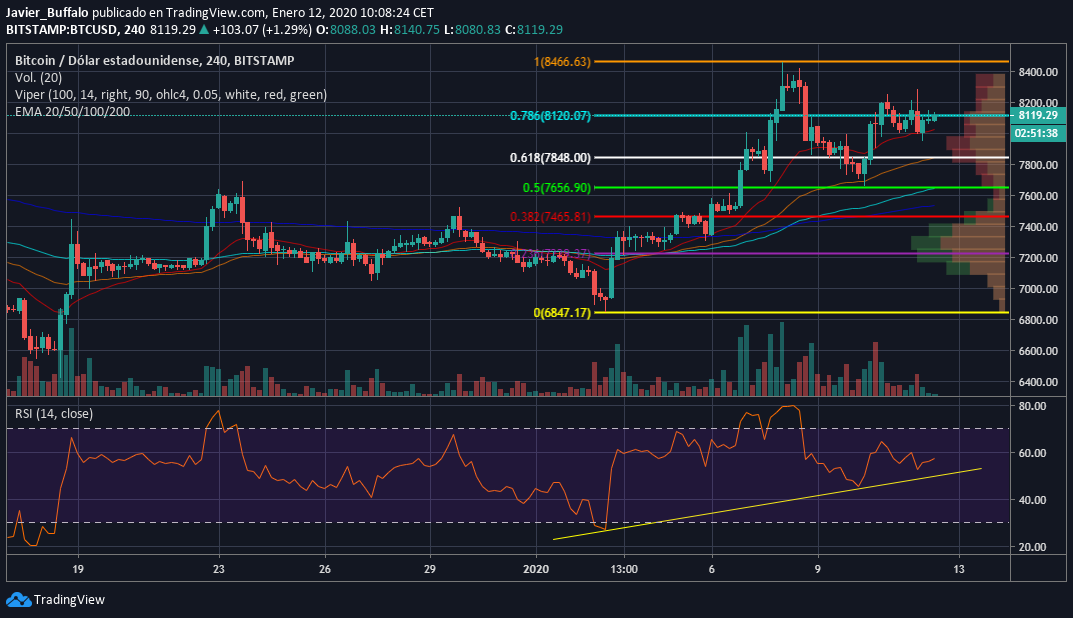 The price of Bitcoin is trying to stabilize above $8,000 after starting a significant recovery since the beginning of the year. The 4-hour chart shows how Bitcoin managed to get close to the $8,500 level, and then started a correction to the $7,600 level, a 50% Fibonacci retracement from its previous low before the last rise to its new high ($6,846 – $8,467).

On the other hand, the Exponential Moving Averages are showing good signals in this time frame, with the 20-period EMA acting as a price support point, which invites to think about the continuation of a larger upward movement in the short term.

The RSI is marking a bullish trend and is approaching the 60-point zone, where bulls usually take that range as a sign of upward movement. The Volume Profile indicates a support zone between $7,000 – $7,400, where a higher volume of buy transactions can be seen.

With this data, the most optimistic scenario would be for the Bitcoin to attempt to attack the $8,500 resistance. In that range, the trading volume should increase substantially if we want a breakout. However, the scenario will become bearish, if the price fails to approach that level, and falls below the 50% Fibonacci retracement, which would also lead to the 100-period EMA breakout. 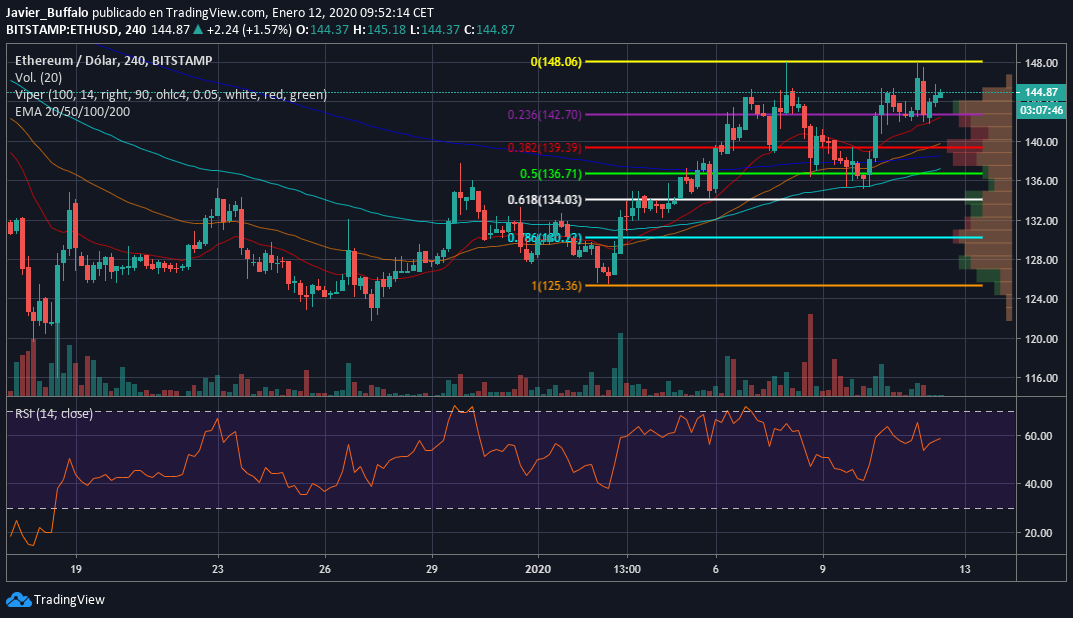 The most popular altcoin for developing smart contracts and dApps, Ethereum, is also showing a graph quite similar to Bitcoin.

The price of Ethereum climbed from $125 to $148, leaving a fairly long wick in the candle closure, which caused a surge in sales in the next session.

The volume profile showed strong bearish pressure in the $140 range, dragging the price down to a Fibonacci retracement below 50%, although the 100-period Exponential Moving Average managed to keep the price in range and attack the $148 resistance again, however, the trading volume this time was quite lower, so for a more optimistic scenario, the buying volume must be much higher to break that resistance.

The RSI is in the neutral zone, although it is moving closer to the bullish zone. A breakout of the $148 with buying volume will be a positive sign. Conversely, the scenario will become bearish if the price falls below $134 (61.8% Fibonacci retracement). 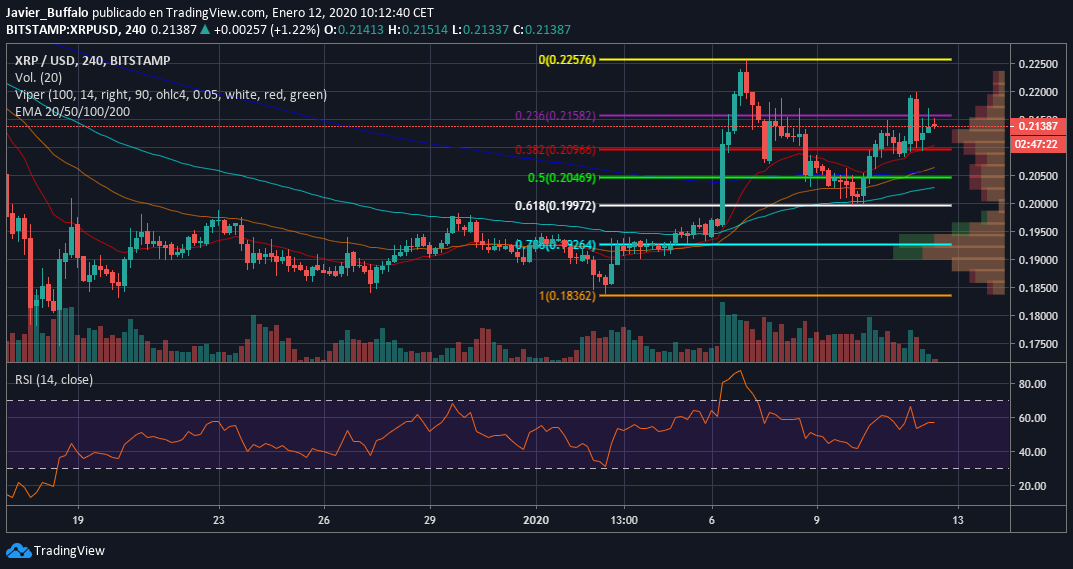 Ripple traders appear to be accumulating tokens as, after touching the $0.225 range, the price corrected to a 61.8% Fibonacci retracement, a fairly deep correction move, where a rise in the volume of purchases can be seen.

As for the volume profile, the $0.19 shows an important support level. On the other hand, XRP continues to trade above the EMA 20, and the RSI is close to the buy zone. With all these indicators, it remains to be seen if the bulls will manage to break the barrier that the bears have set at $0.225.

Finally, it should also not be forgotten that a break below $0.19 would lead to a new bearish outlook and break all the bullish indicators shown on the chart at this time.