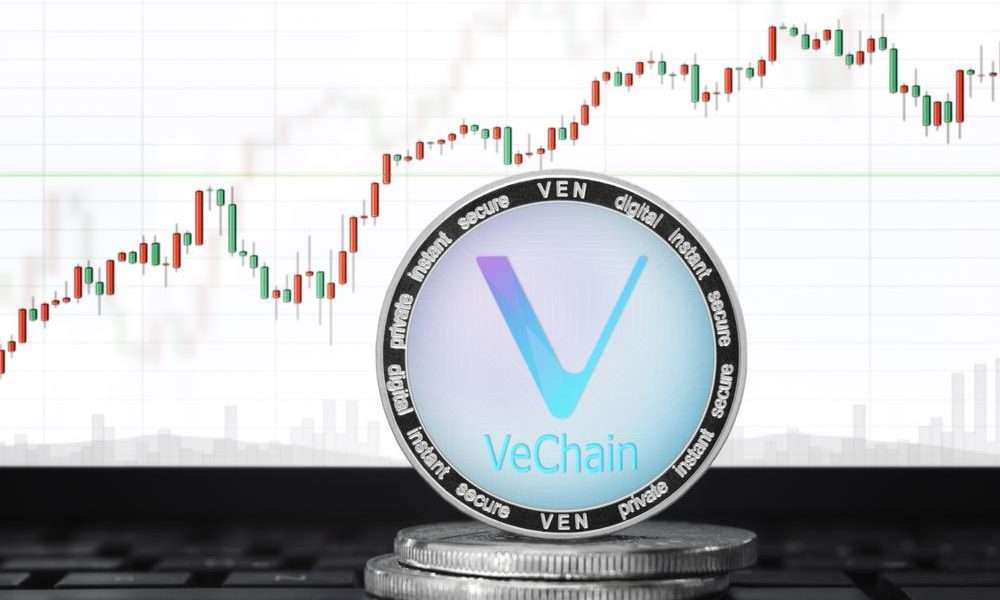 At the beginning of May, the VeChain Foundation announced the “VeChain boot camp”, a live-streaming webinar series in response to the fact that due to the corona pandemic no conferences can be held at present. The idea is to use online sessions to share the latest advances and product iterations in a direct and interactive way. The first webinar was dedicated to the new version of the VeChain ToolChain™, which according to the VeChain Foundation” surpasses the original version by several factors” and can “scale exponentially”.

Using the history of the Internet, SaaS and E-commerce as basis, there will be a new era of standard blockchain services to power almost every sector, every industry across the globe. The scalability is vital to all blockchain platforms.

Lu described VeChain during the webinar as an enabler for business partners. As such, the foundation is working behind the scenes to provide the infrastructure. Among VeChain’s trusted partners are strategic partners such as DNV GL, PwC and others, who, according to Lu, all play an important role in the implementation of blockchain projects for various of their own customers.

We are working with the big enterprises like DNV GL, PwC, and Deloitte and help them serve their customers. DNV GL can provide digital verification based on the data on the blockchain instead of sending people everywhere to do the auditing and inspection.

Lu also stressed that integrating the blockchain into a company through VeChain ToolChain™ does not take years, but only two to three months to become fully functional and ready for the real business world. A factor for success is that the VeChain Foundation does not only focus on the blockchain technology itself, but that the VeChain ToolChain™ is larger than a Blockchain-as-a-Service (BaaS):

Most of the current BaaS platform is still focusing on the underlying blockchain technology, like Nodes, Explorer, Wallets etc. VeChain ToolChain™ differentiates from other BaaS platforms with not only the advanced infrastructure services but its business-ready middlewares and third party service partners, which is THE missing part that enterprise clients can easily use to build their own business process and manage the data on blockchain. 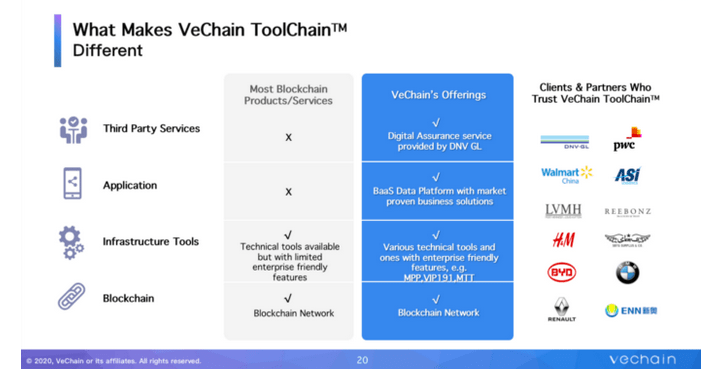 New functions of the VeChain ToolChain™

The main focus of the new VeChain ToolChain™ 4.0 was on the process builder, with which “customized business processes” can be mapped and interactions with the VeChainThor blockchain can be adapted, as Lu explained:

We put our experience in working with our existing partners into templates. You don’t need to come up with a plan, and you don’t need to do everything from scratch. You can use the template used by our big name partners, spend like 30 minutes to one hour deploying the application for your own business and products.