The narrative of a correlation between the price of Bitcoin and gold is a very popular one among investors. Apparently supported by the rally of Bitcoin and the precious metal in recent months, Bitcoin has positioned itself as “digital gold”. However, there is still no consensus on this.

For some analysts, Bitcoin continues to be correlated with the S&P 500 index. This other narrative reached its peak during the collapse of the traditional market in March this year, when Bitcoin and the crypto market had their “Black Thursday”. At that time, Bitcoin lost nearly 50% of its value in less than 24 hours and crashed collectively with the traditional financial market.

Is the S&P 500 correlation good for Bitcoin?

Since then, the correlation between the S&P 500 Index and Bitcoin appears to have been negative for investors. Via Twitter, Plan B now claimed that the correlation was not only maintained, but also represents a bullish scenario for Bitcoin.

The analyst shared the following graph that shows the apparent correlation. In addition, Plan B stated that Bitcoin has been correlated to the S&P 500 since the first quarter of 2018, when the U.S.-China trade war began. Then, as can be seen below, while the correlation increased in the first quarter of 2020 to reach a high now, after a sharp drop. 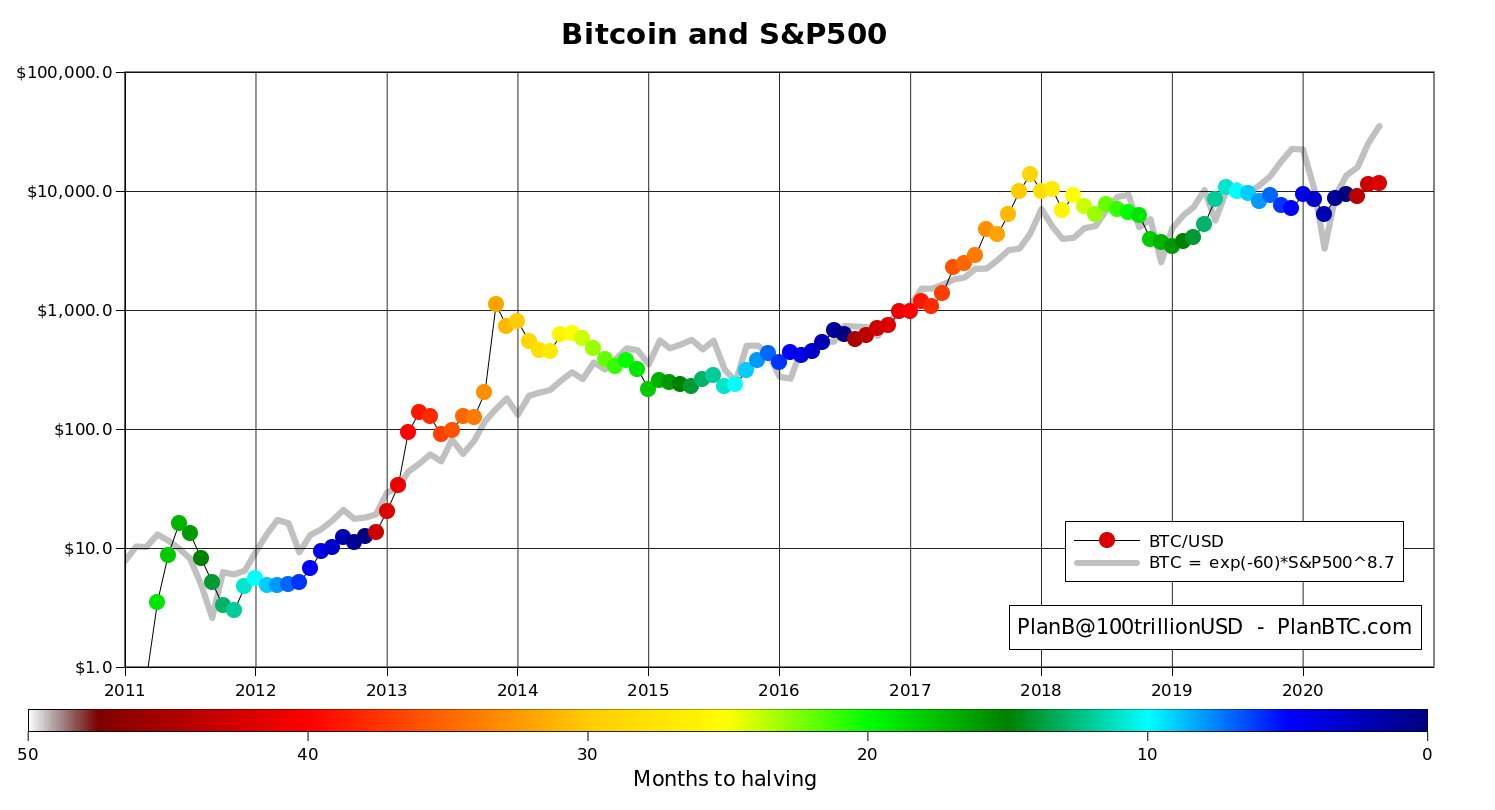 However, data from analyst firm Skew shows that the correlation between Bitcoin and the S&P 500 has declined after peaking in mid-July. Although the trend is upward, as shown in the chart below, the correlation has been relatively stable in recent weeks, compared to Plan B’s graph. 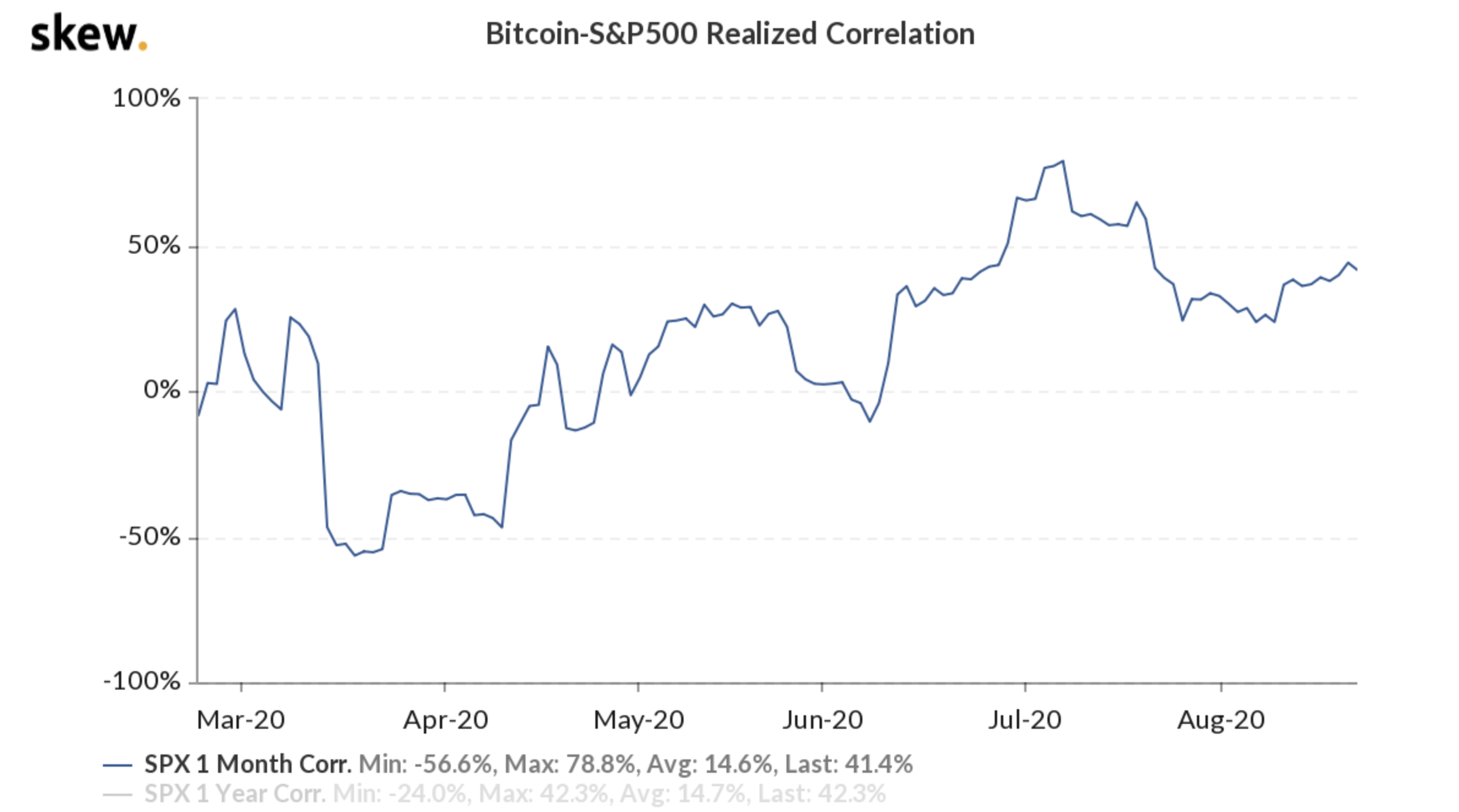 As several analysts have noted, Bitcoin has been one of the biggest beneficiaries of the Fed’s inflation policy. Although the US dollar seems to be reaching a support level, it has fallen 3% after its yearly high in February. Bitcoin trader and founder of Quantum Economics, Mati Greenspan, predicts that this trend will continue:

(…) the Fed has been the most aggressive central bank during this crisis by far and they’ve basically drown the market in Dollar liquidity. So my guess is down. But we’re long overdue a Dollar correction at this point. Markets rarely continue this long in a single direction.

This is why institutional interest in Bitcoin has increased. As reported by CNF, the Nasdaq giant MicroStrategy has begun to accumulate Bitcoin as a major reserve asset to protect against dollar inflation. Former Goldman Sachs employee Raoul Pal has established a position similar to that of MicroStrategy. In the long term, Pal has predicted that Bitcoin will outperform all other assets, stocks and precious metals.