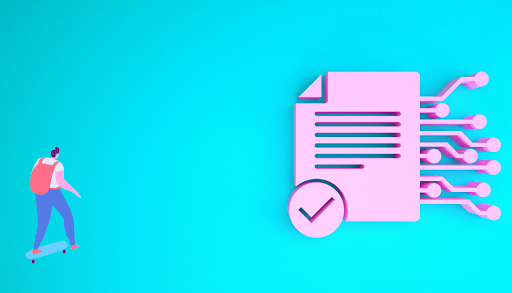 Smart contract blockchains bring out the potential of blockchain technology. They act as the code repository for decentralized apps (D’Apps) as the world looks for utility rather than existence.

This computing layer has changed how people use blockchains. It has also created new industries based on utility. This utility is the future of the web3 space.

First-generation blockchains have enabled the culture of innovation needed to fire things up within the web3 space. Innovation is now the standard as web3 solutions provide several advantages over the current technologies that rule the world.

Here are a few smart contract-enabled blockchains to watch out for in 2022.

Vitalik Buterin’s Ethereum still rocks the web3 space. Although, it is a first-generation blockchain. The reason for this has more to do with the Ethereum community’s ingenuity than with any other factor. The road to ETH 2.0 has also played a part despite the torturous and unwieldy decision-making process rocking the Ethereum community.

There are pitfalls along the road to ETH 2.0. One issue developers may face includes the resistance miners may put up with everyone else. It may not resolve things as ETH 2.0 goes live, and another Ethereum hard fork may be imminent. This time, it will be a miners’ hard fork. As Ethereum moves from proof-of-Work (PoW) to Proof-of-Stake (PoS), the world will see proposals of this nature emerge from Ethereum miners.

That won’t affect the emergence of ETH 2.0. It will, however, spur further development of the Ethereum space as developers would want to be on the right side of things when the migration is finally complete.

Avalanche Will Give a Strong Showing

The Avalanche blockchain has provided an opportunity for D’App deployment. Its recent introduction in 2020 has proved to naysayers that the rapid growth of blockchain systems is possible. All that is needed is innovation.

So far, Avalanche hasn’t failed to disappoint. Avalanche’s technology under the hood also makes it hard to beat. Its implementation of Go Ethereum has shown the world Avalanche’s creative team’s capabilities.

The industry shall witness a continuance of the exponential growth of projects on the Avalanche blockchain.

The Polkadot blockchain has proved to be an ecosystem that holds the potential to solve many of the issues the web3 space is facing with smart contract-enabled platforms.

Using several layers and angles of operation have created new coding paradigms. All that is needed to run applications on Polkadot are the knowledge of substrate and solidity.

One example of projects that work on the Polkadot blockchain is Polkadex. The decentralized exchange (Dex) is proof of the concept that Polkadot’s foundation is solid.

So whichever way problems come, project developers will handle them easily. From now on, Polkadot holds the potential to create another niche within the web3 space.

Solana Will Take Its Place

That alone is the strategic advantage the blockchain has over others. Proof-of-History (PoH) will become a standard to reckon with within the web3 space.

The Qtum Blockchain Will Come of Age

Since its founding in 2017, skeptics have derided the underlying technologies deployed in Qtum. These skeptics have been proven wrong. Qtum has taken things to another level with its Unspent Transaction Output (UTXO) and smart contract compatibility.

After the recent halving on December 1, 2021, confidence in the blockchain has increased in leaps and bounds. Qtum shall feature prominently in the web3 space as interest increases in the industry.

Investors and industry participants shall look for utility and security as the core values guiding investment and participation decisions.

Qtm holds both values and will continue to provide the steady progress that it has been known for in 2022.

Smart contracts will take on new meaning in the years to come. The progress of the web3 space depends on how blockchain projects deploy smart contracts and their utility. They range from decentralized finance (DeFi) to identity management solutions, and so on. The industry will witness an explosion come 2022 of smart contract applications and use-cases.