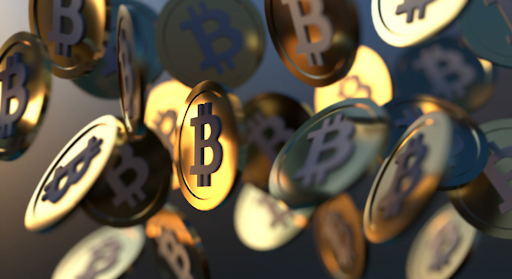 It may be time to create a new trading metric for dealing with Bitcoin. After all, many of us know it as a household name cryptocurrency that’s second to none. But fewer have heard of the Satoshi, a standard that could make Bitcoin more affordable for small investors

Let’s talk about what the Satoshi standard is, and how Satoshis or SATs can change the Bitcoin marketplace.

We know that Satoshi was responsible for creating Bitcoin with the Genesis Block. We know that Satoshi pioneered the use of the proof-of-work model that allowed cryptocurrency users to eliminate traditional banking verification. That was a big deal, and its effect is still being felt in decentralized finance.

However, we don’t know who that individual known as “Satoshi” is – whether they’re using a pseudonym, where they live, etc. Although some people have claimed to be Satoshi, none of that has ever been verified, and the identity of the trailblazing engineer is still a big mystery.

What is the Satoshi?

That brings us to Satoshis and the Satoshi standard.

A Satoshi is worth a 100-millionth of a Bitcoin. An easier way to put that is that one Bitcoin is worth 100 million Satoshis. This difference (and the practice of using SATs) is called the Satoshi standard, and it’s being looked at as a solution to growing Bitcoin values on the market.

Parity with the Penny

One way to think about a Satoshi is as a “Bitcoin penny.” However, a Satoshi would not be worth an actual penny unless Bitcoin value climbed to $1 million. That’s not out of the realm of possibility, according to some analysts and people who are enthusiastic about the coin’s price increase.

One example is Mike Novogratz, the head of Galaxy Digital, who recently tweeted about the Satoshi standard and suggested exchanges should change over as Bitcoin value reached around $58,000.

The argument is that Bitcoin is becoming too expensive for small investors. Most people don’t have tens of thousands of dollars to spend on one Bitcoin, but they could buy any number of Satoshis, and so, proponents say, it makes sense to transition over to SATs in terms of BTC value.

There’s also the issue of how to purchase small amounts of Bitcoin in the form of Satoshis.

Typically, exchanges have what they call “gas fees” that are a means of recovering the costs of a transaction. Because cryptocurrencies are generally geared toward the frictionless transactions, these costs are lower than they might be with traditional banking transactions. Still, small cryptocurrency purchases, especially those marked in terms of Satoshis, could have ridiculous levels of fees.

Operators have tried to move the small transactions onto layer 2 solutions or sidechains, but that’s only a partial fix

However, if investors buy enough Satoshis, they can get into the market in a way that suits their budgets and their capital strategies.

An exchange called AAX is making news today with its plan to be the first of its kind to mark Bitcoin purchases and transactions in Satoshis.

AAX leaders talk about promoting the “mainstream adoption” of Bitcoin in a “maturing market.” Rather than Bitcoin being an “old boys club,” they want to see younger investors and millennials getting on to the Bitcoin bandwagon. Part of that is being able to offer easier ways to get involved for the first time. Many people are wary of Bitcoin or any token or coin –they just aren’t familiar enough with the landscape. They have to wade in and see it for themselves.

The successful rollout of the company’s AAB token is an example of AAX making waves in the industry. This exchange, allows users to trade in 50 cryptocurrency pairs, with pretty good liquidity and the ability to use Visa and MasterCard as cryptocurrency on-ramps.

So is now the time to adopt Satoshis as a standard? Maybe so. Take a look at how this change could help with your investment portfolio.