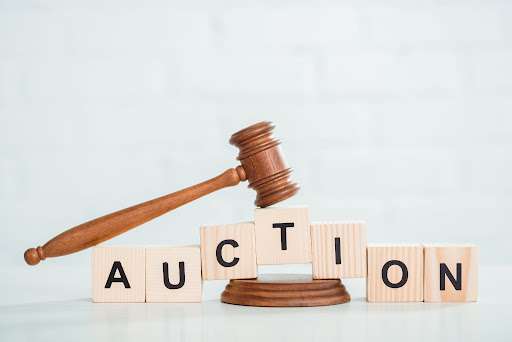 The Kusama community is close to passing yet another milestone as the second batch of its parachain slot auctions ends completion. Following the success of the first five rounds of auctions earlier this year, the Kusama team rolled out the second edition, consisting of rounds six to ten, on September 1st.

With the ninth roundabout to close, the Kusama ecosystem has already witnessed an influx of several promising projects, each designed to help accelerate the widespread adoption of cryptocurrencies. As a testnet for the Polkadot network, enabling developers to test their products (dApps and protocols) before deploying them on Polkadot, Kusama offers a less rigid governance framework and staking requirements.

What exactly are Parachain slot auctions?

The core components of Kusama are critical for building a complete understanding of the nature of parachain slot auctions. Due to the trial-and-error nature of its infrastructure and its support for real-world use cases, Kusama’s live blockchain network delivers extensive testing conditions that other chains cannot provide.

By design, Kusama uses nearly the same codebase and infrastructure as Polkadot, including  Parachains and Relay Chain. While parachains are custom, project-specific blockchains integrated within the Polkadot and Kusama networks, relay chains handle the network’s shared security, consensus, and transaction settlements. Once a parachain is integrated into a relay chain, it can leverage the relay chain’s core features, including faster transactions and lower costs.

Parachains focus on specialized use cases and often support their own tokens. To deploy their projects on Kusama and Polkadot, developers must participate in and win a parachain auction. However, at present, Kusama will only support 100 parachains, which is why the battle for the limited slots has heated up to a whole new level as several promising projects bid against each other.

The current scenario of the Parachain slots

The first five rounds of the auction stand witness to tough competition between participating projects. Of the many potential projects that already bid in candlelight auctions, the five winning projects included Bifrost, Karura, Khala, Moonriver, and Shiden.

While the second batch of auctions is in progress, the first five winning teams are currently working through the five-tier launch process of their projects on Kusama. The first five auctions were incredibly successful, locking up about 20% of the 5.5 million KSM tokens in circulation. At the same time, the total distribution of KSM tokens has decreased after the first five rounds, potentially increasing slot values before the second round of auctions.

At the time of writing, KILT Spiritnet, Calamari, and Basilisk have claimed their slots in rounds six to eight. Round nine is in progress as Altair and Parallel Heiko battle it out to secure the slot.

There is no shortage of promising projects competing in Kusama parachain slot auctions. Centrifuge’s Altair is one such project that aims to connect real-world assets to decentralized finance (DeFi), enabling anyone to tokenize assets and use them as collateral to access financing via Tinlake, its accompanying asset-backed lending dApp.

Built on Polkadot, Centrifuge’s current total value locked (TVL) is $33,424,656, the highest in the Polkadot ecosystem. The project is backed by prominent investors like Fenbushi, HashCIB, IOSG, Moonwhale, and others, resulting in an $8 million seed round in 2018 and $4.3 million from a SAFT (Simple Agreement for Future Tokens) in 2020.

Centrifuge has emerged as the top five in overall contributions in auctions six to nine. With the Altair community raising 144,241 KSM to bid for the slot, contribution data highlights that the crowdloan is fully reliant on community participation, unlike competitors Parallel Heiko and Kintsugi, which are demonstrating greater dependence on whales and institutional investors to raise the required number of KSM tokens