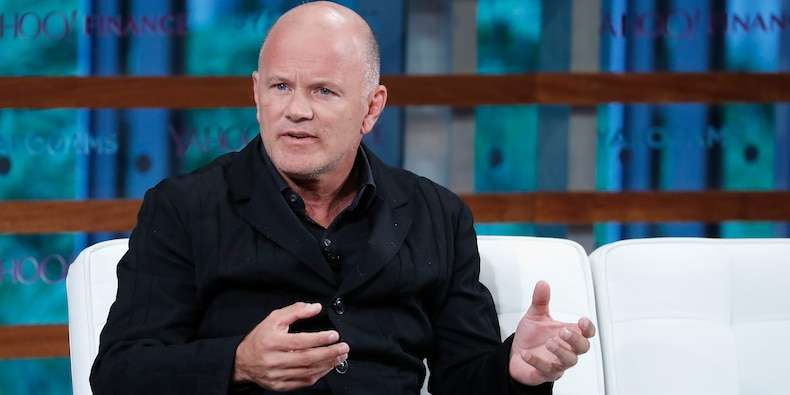 Ever since the U.S Securities and Exchange Commission launched a lawsuit against Ripple in December last year, the XRP community has blamed it for its dismal price performance. However, according to Mike Novogratz, an industry veteran, the lawsuit has done little to the price and XRP has shown just how resilient it is.

The SEC filed its lawsuit against Ripple on December 22 last year, accusing the company of conducting a $1.3 billion unregistered securities offering. It claimed that CEO Brad Garlinghouse and chair Chris Larsen were culpable of violating the Securities Act for selling XRP.

Since then, many in the XRP community have blamed the regulator for their woes. Attorney John Deaton, an ardent XRP supporter, even filed a lawsuit that blames the SEC for losses (and unrealized gains) that have emanated from the lawsuit.

However, Novogratz, a securities market veteran who was once a top executive at Goldman Sachs, doesn’t believe this to be so. He claimed recently:

The value of XRP has actually almost tripled since the SEC actions. It hasn’t plummeted. It’s a testament to the fact that once communities are formed with a shared interest they are damn resilient.

Novogratz went on to state that this phenomenon is not unique to XRP. Other cryptocurrencies and even stocks have shown that once retail investors are behind a project, it can withstand anything. He pointed to Dogecoin, a memecoin with little practical application, and Gamestop, a stock that was almost shorted to oblivion by Wall Street giants before being resurrected by a Reddit-led public rally.

Why Novogratz is wrong

Novogratz is right about XRP’s resilience. The cryptocurrency has withstood arguably the biggest action by a U.S regulator against a blockchain project and is still firmly in the top 10. It still ranks as one of the most loved coins as well. A recent survey in the U.K found that it was the coin with the biggest following, ranking ahead of second-placed Cardano and its perennial rivals Bitcoin and Ethereum.

Away from the community, the enterprises have continued to have faith in the coin as well. Ripple is still striking partnerships with companies globally to utilize the token in their operations.

However, even with all these positive moves, Novogratz is still wrong.

The SEC did affect XRP. And as Attorney Deaton pointed out, it started immediately after they filed their lawsuit. The attorney observed:

It plummeted over 60% when the case was filed wiping some people out because they panic sold or were forced to sell. That’s ok if it’s b/c the market itself was the cause but it’s not ok when caused by arbitrary SEC overreach. I agree its recovery shows it’s not only tied to Ripple.