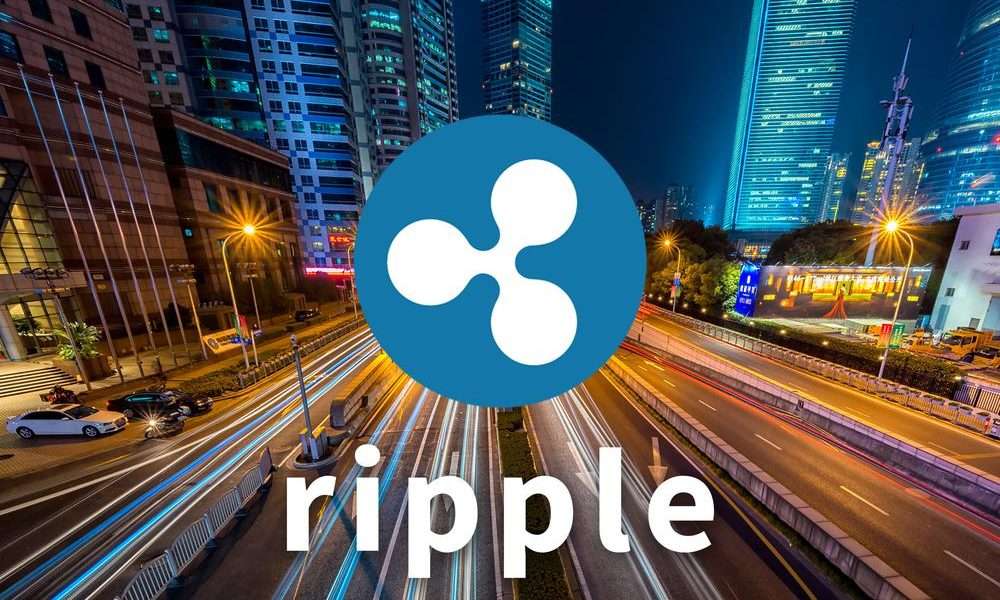 SBI Holdings, a Series C investor and Ripple Labs’ largest external investor with 8.76%, has published its Q4 report, in which it once again emphasized the key role of Ripple and XRP for their long-time strategy. The Japanese financial conglomerate is arguably Ripple’s most important partner in Asia.

Yoshitaka Kitao, CEO of SBI Holding is a board member at Ripple Labs and has driven numerous XRP-based projects in the past. SBI now reports on some of these projects and its strategy in the Q4 report.

SBI Holdings reports that Ripple has completed its investment in SBI’s Money Tap and is now the largest external shareholder with 33%. Already 38 Japanese institutions and Ripple have invested in Money Tap, which enables money transfers between individuals in Japan instantly, 24 hours a day, seven days a week.

Three banks are already connected, and it is expected that 20 banks will be connected by the end of this year. Regarding Money Tap’s strategy with Ripple, SBI writes:

Money Tap accepted an investment and two directors from U.S. Ripple, in order to strengthen technical cooperation, as well as the advancement of initiatives related to international remittances.

Acceptance of investment from Rippleaccelerates the introduction of the service to regional financial institutions, a well as the development of new services.

With respect to its partnership with Ripple in the area of cross-border payments, SBI reports an increasing market share and states:

SBI Remit, a subsidiary of SBI FinTech Solutions, endeavors to secure dominance in the international remittance market by cooperating with overseas financial institutions and utilizing DLT of U.S. Ripple.

Since its inception in 2010, SBI Remit has been using the MoneyGram network to send money overseas to more than 220 countries and regions and to about 350,000 locations worldwide. The total amount of remittances exceeded JPY 1 trillion, according to the report (as of July 2020), with a steady increase in market share since 2017. 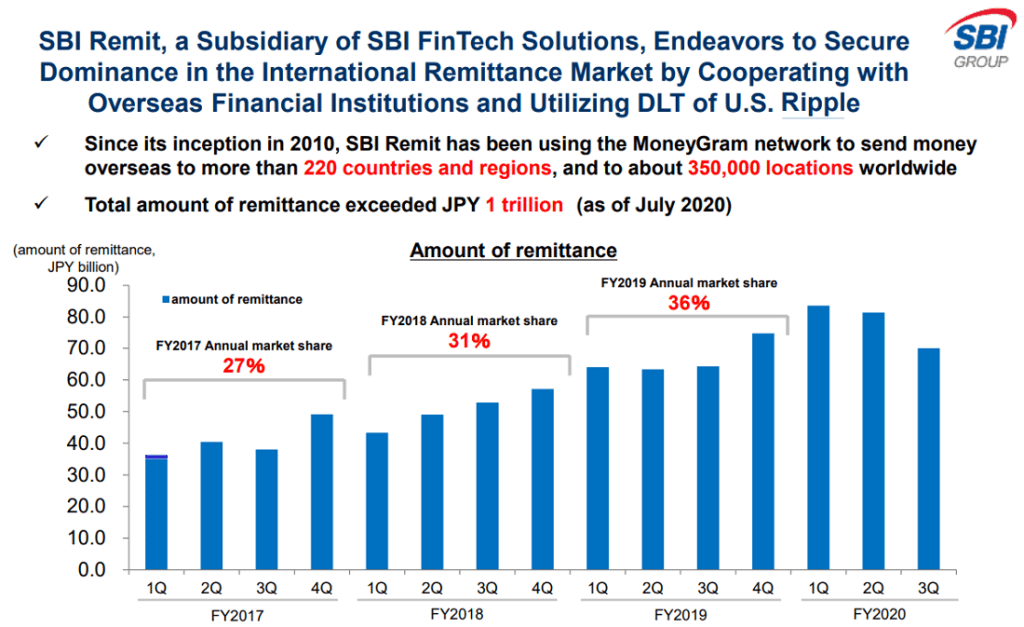 Even though SBI Remit relies on MoneyGram’s payment network and has so far only used RippleNet in dedicated payment corridors, such as the one between Japan and Thailand in collaboration with Siam Commercial Bank (SCB), SBI emphasized in the report that RippleNet is set to become the “go-to” platform for cross-border payments.

While R3’s blockchain is being used in “supply chain, healthcare, real estate, property management, official reports, identification, aids, etc.,” Ripple and XRP are the technology for cross-border remittances that SBI is relying on, as the image from the report below shows. 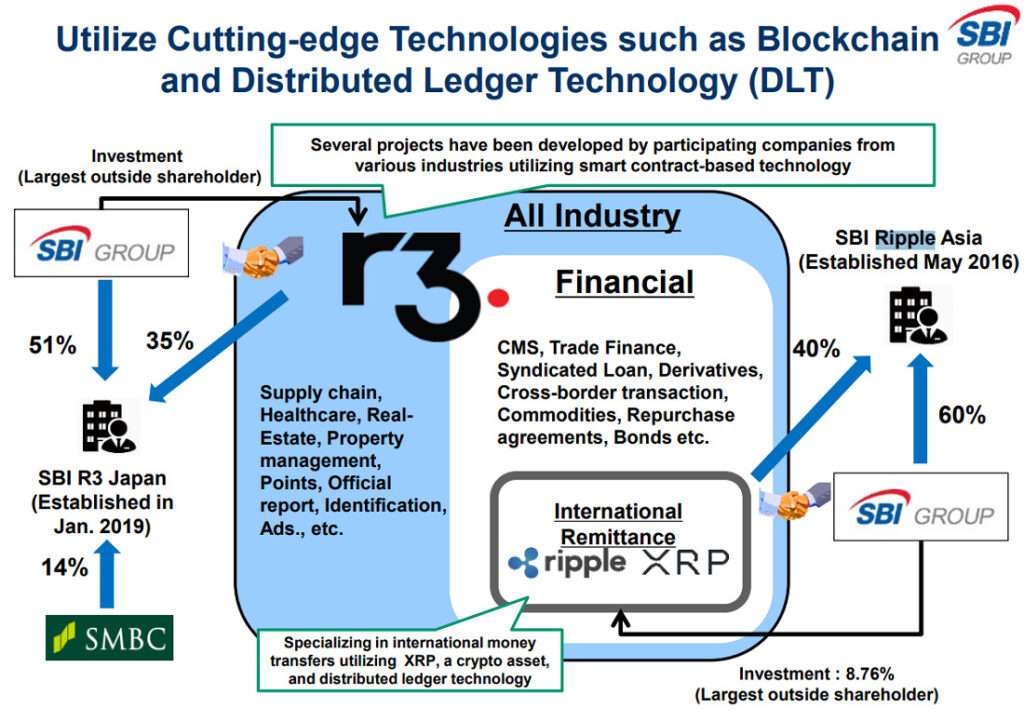 Is Osaka becoming a “cross-border hub” for SBI and XRP?

As speculated by esteemed XRP community member “WKahneman” via Twitter, the Global Exchange in Osaka could also be significant for Ripple. SBI is aiming to create a next generation, global and digital exchange in cooperation with the Stuttgart Stock Exchange Group and SIX Group. The goal is to “create a global corridor as an international distribution market.” Kahneman commented on Osaka’s positioning as a “cross-border hub” as follows:

It is hard not to see how SBI’s investment in Ripple & their use of XRP as a cross-border settlement mechanism could fit into such a situation. However, this is just wanton speculation.

Finally, a note on the ambitious effort to make Osaka a global digital exchange. It's already underway with Borse Stuttgart and SIX collaborating in a network linking digital exchanges. pic.twitter.com/ge9ZI2yXne