At the beginning of June, we reported that XRP liquidity on all payment corridors around the world has gained considerable momentum. Both the Mexican, Philippine, Australian and European payment corridors approached their all-time highs. In a video stream via YouTube under the motto “Q1 2020 Virtual All-Hands Meeting”, Ripple CEO Brad Garlinghouse also emphasized the great achievements with regard to the XRP based payment solution On-Demand Liquidity and the increasing demand.

As Ripple’s CEO explained, the company has succeeded in signing 28 new production contracts for On-Demand Liquidity in the first quarter of 2020. However, this momentum is currently not really visible on the already established payment corridors.

Coins.ph’s XRP/PHP liquidity index yesterday was only around 3 million, 12 times lower than the all-time high of 37.5 million reached in early June. Even the numbers in January were twice as high as they currently are. 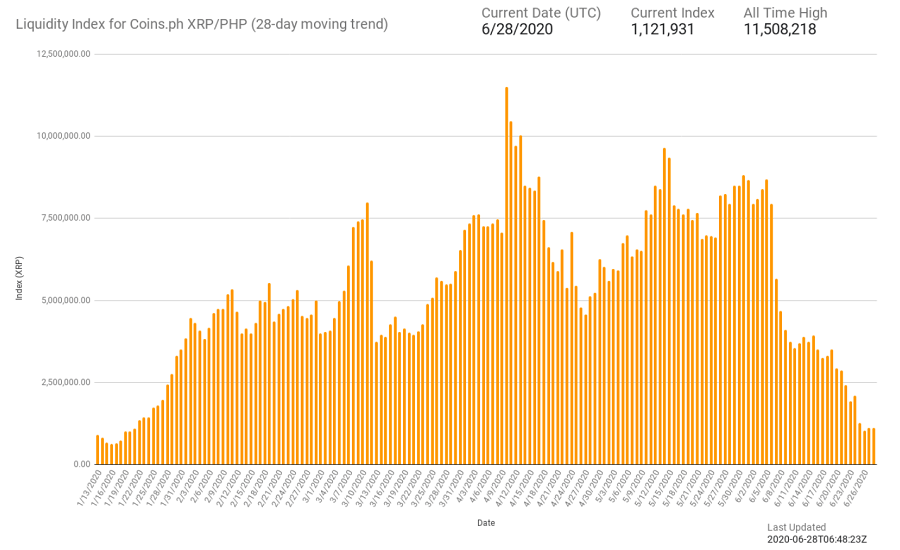 The other corridors, like the Australian payment corridor XRP/AUD, do not look much better. Yesterday, Saturday, the liquidity value for XRP/AUD fell to just under 1.5 million and is also 10 times lower than the all-time high of around 16 million reached in early June. 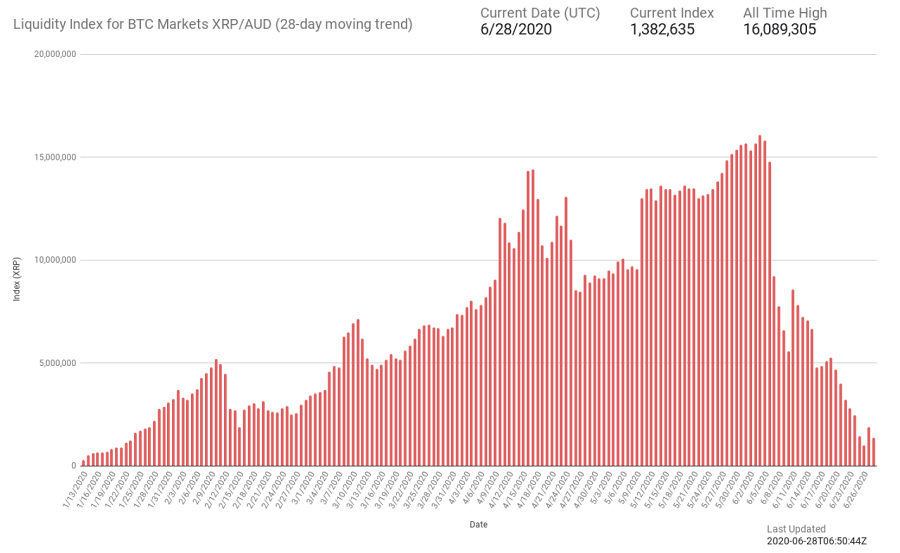 The volume for the Philippines and the XRP/PHP corridor looks even more catastrophic. The once most active corridor, at only around 1.1 million on 27 June, has fallen to a level well below that of mid-January. The value also fell well below that of “Black Thursday” and is now only a tenth of the former all-time high of 11.5 million reached in April. 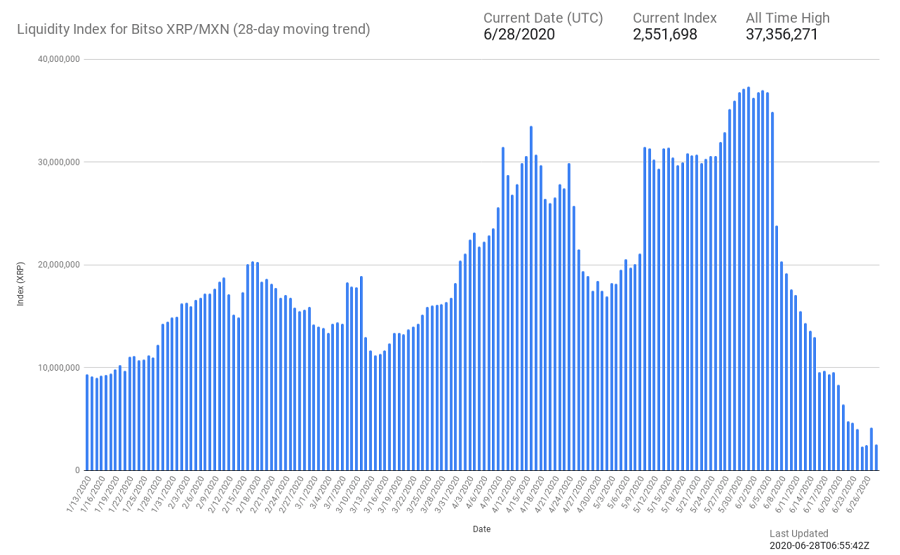 The decline is somewhat less dramatic for the XRP/EUR corridor. At around 7 to 8 million, the volume is currently above the level of February, but still well below the all-time high of 35.5 million at the beginning of April. 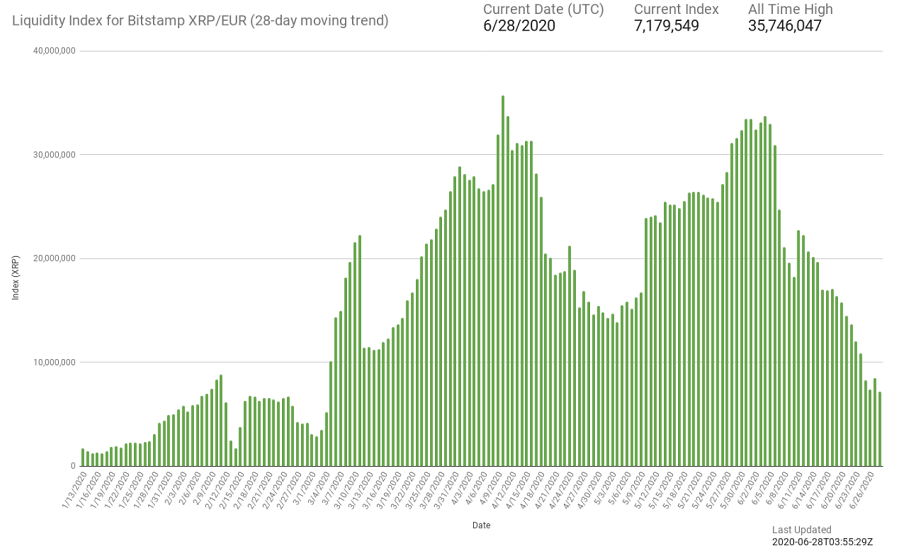 All charts have in common that the crash began in the first week of June. Of course one can only speculate about the causes. Since the Liquidity Index data includes not only ODL transactions, but also “normal” XRP investments and transfers, the sharp decline could be related to the fall of the XRP price from USD 0.20 to USD 0.1765 (at the time of writing), which began at about the same time.

However, whether this is really the only reason for the sharp decline in liquidity data seems at least questionable. However, there have been no reports from Ripple that could explain the decline. Nevertheless, the speculations of some users that “something else must be going on” are so far only rumors.