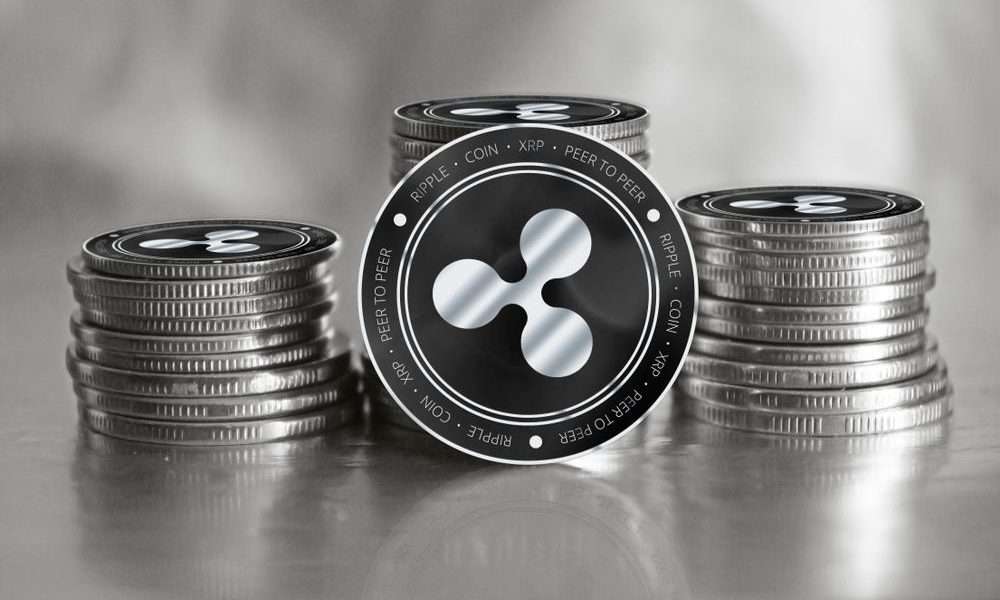 In response to a direct question, Ripple CTO David Schwartz confirmed the transaction volume growth for the On-Demand Liquidity (ODL) payment solution for the EUR/USD pair. ODL is one of Ripple’s most attractive products, it uses XRP to make instant payments securely, without the limitations of working hours or holidays of the traditional financial system.

On the social network Twitter, a conversation emerged about the performance of ODL. Several users stated that the payment solution showed a strong increase of $1.5 million in transaction volume in one day for the EUR/USD pair. One of the participants of the discussion stated that this occurred despite the fact that Ripple’s CTO had said that ODL does not target liquid corridors such as the EUR/USD pair.

Another user confirmed this and demanded, with regard to the growth in this pair, a response from David Schwartz. He confirmed the above mentioned spike and responded as following:

I didn’t think it would make sense in corridors that are already so efficient and liquid, but we have customers who say the speed and availability at all hours and during holidays makes it useful to them.

In the same discussion, another user asked Schwartz about the possibility of eliminating nostro/vostro for these corridors. Ripple’s CTO responded:

Yes. The benefit of having to keep only one pile of money in one place across multiple corridors is a factor as well. Also if we’re doing USD and EUR as source currencies, it’s not hard to add USD<->EUR — all you need is the last mile to get to the recipient.

On-Demand Liquidity operates with Ripple partners such as MoneyGram, Viamericas, goLance, Interbank Peru and, according to a Ripple report, has seen a 550% increase in volume during 2019.

According to the Liquidity Index Bot, XRP has maintained the increase in liquidity recorded since almost mid-May. In the corridor between Mexico and the United States, the transaction volume has remained at 29,885,150 XRP with 92% progress of the day and only a slight fall of about 100,000 XRP since May 14th. 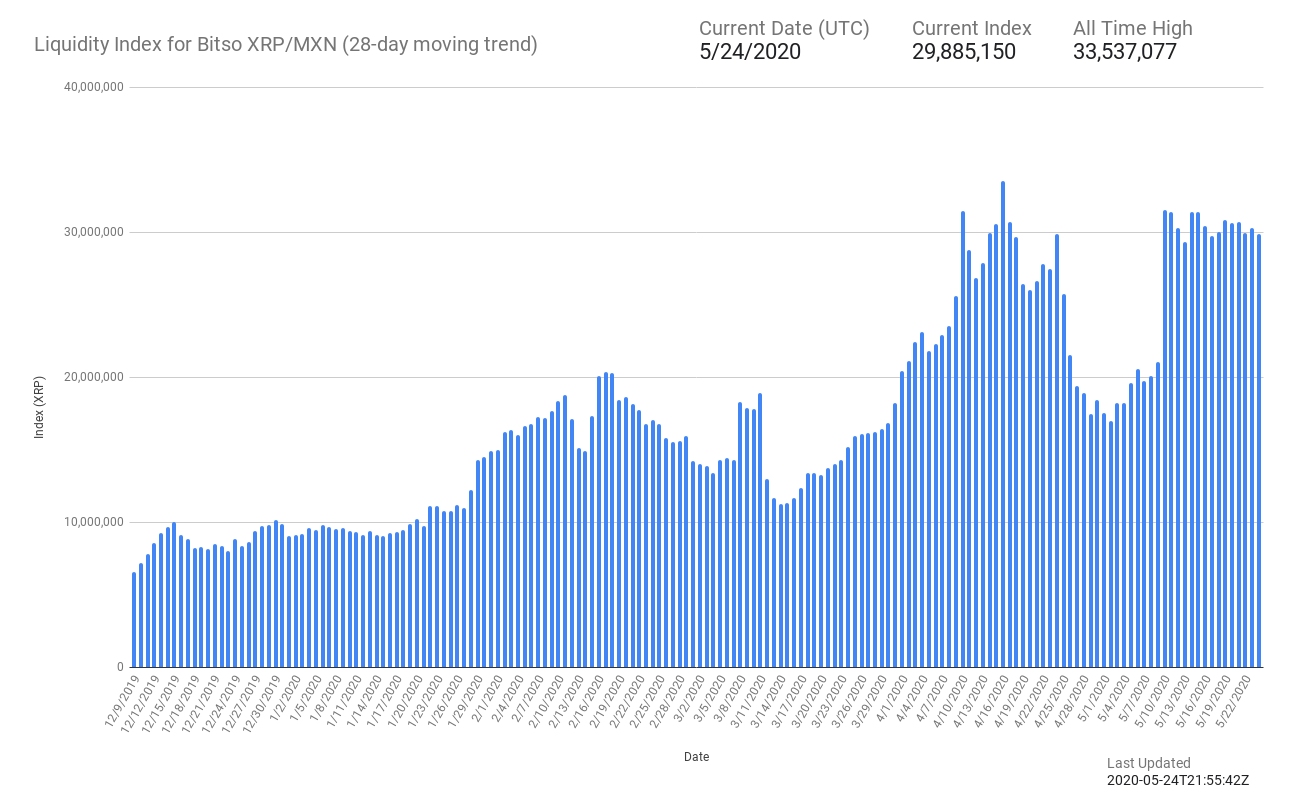 In the Australian corridor it has also maintained its high liquidity levels with a transaction volume of 13,022,879 XRP and daily progress of 92%. The corridor operated by the exchange BTC Markets suffered a slight fall during April and early May, but has maintained its volume levels in recent days. 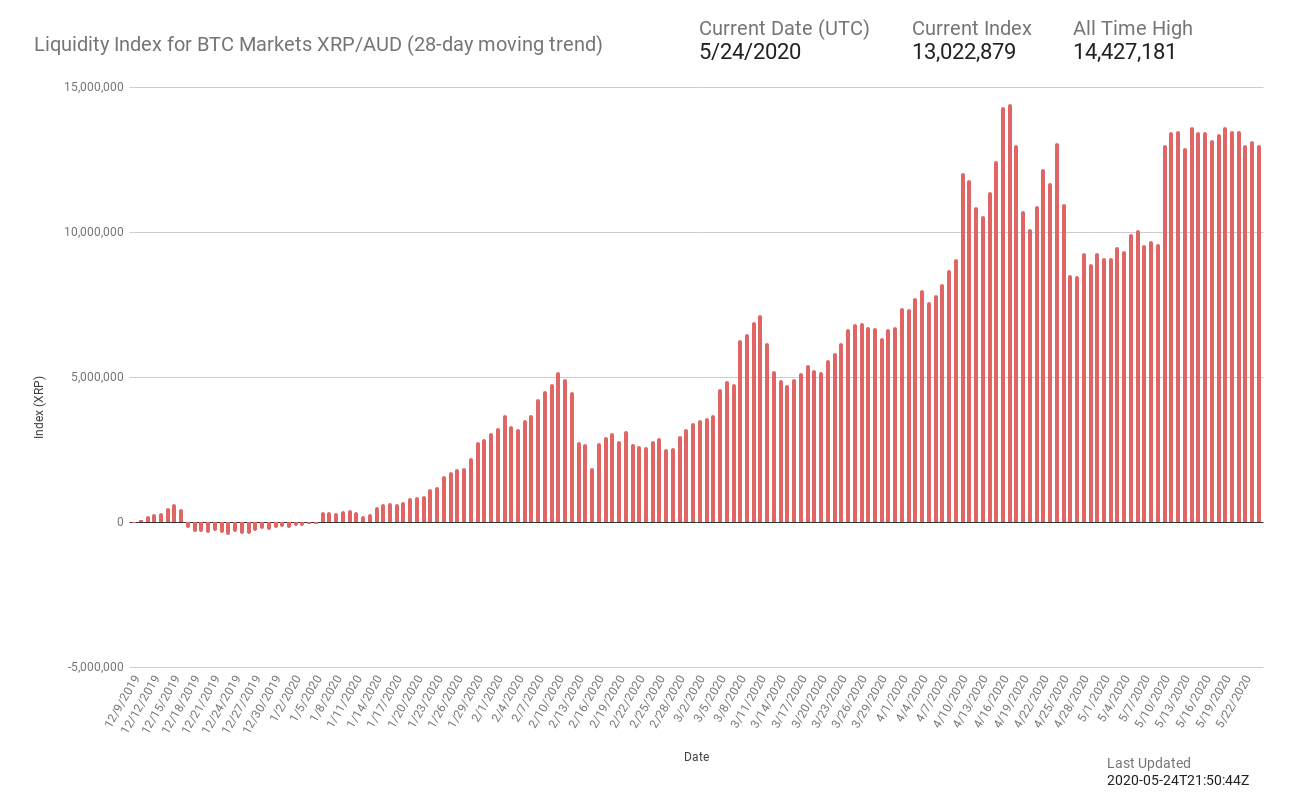 Finally, the Philippine corridor with the XRP/PHP pair has shown a significant drop in recent days. In contrast to May 14 when the trading volume was 9,652,859 XRP, the transaction volume for this pair was 6,972,273 XRP yesterday May 24. This represents a drop of over 2 million XRP in this corridor. 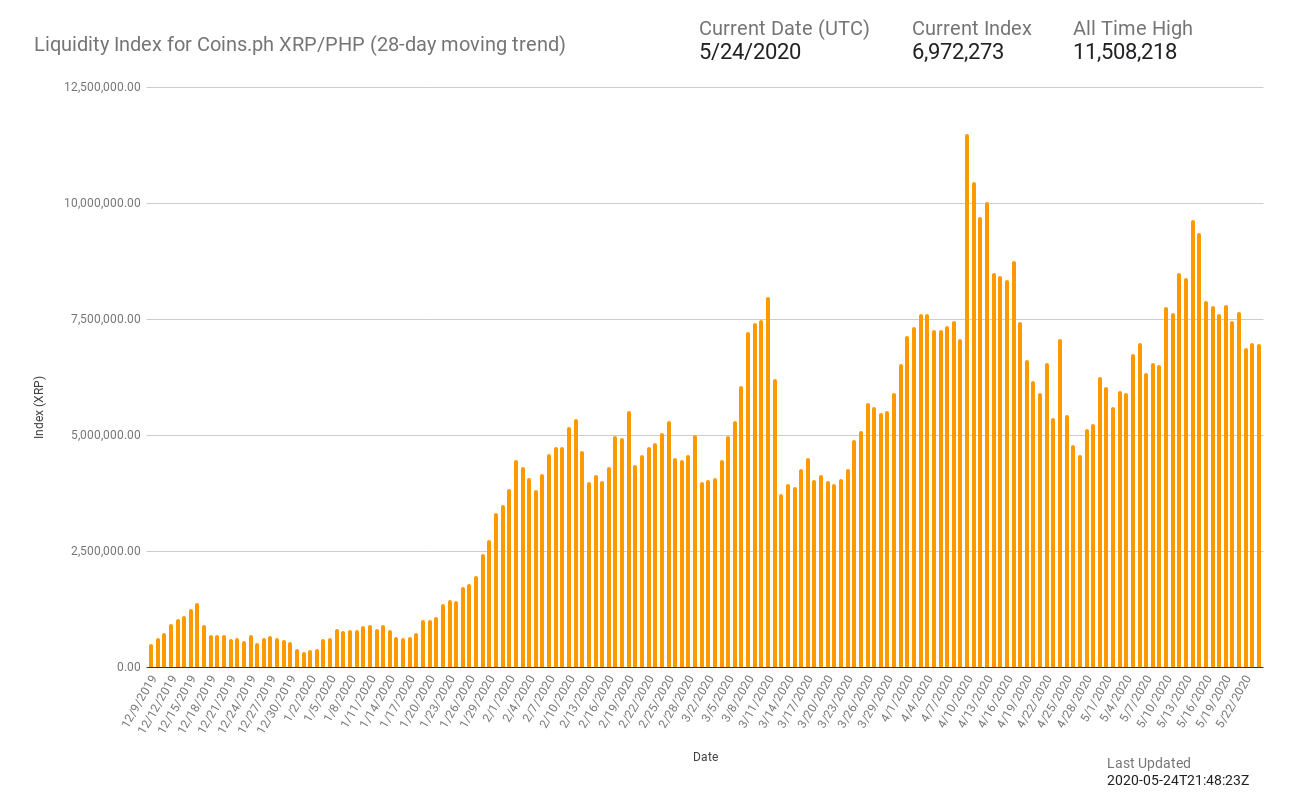