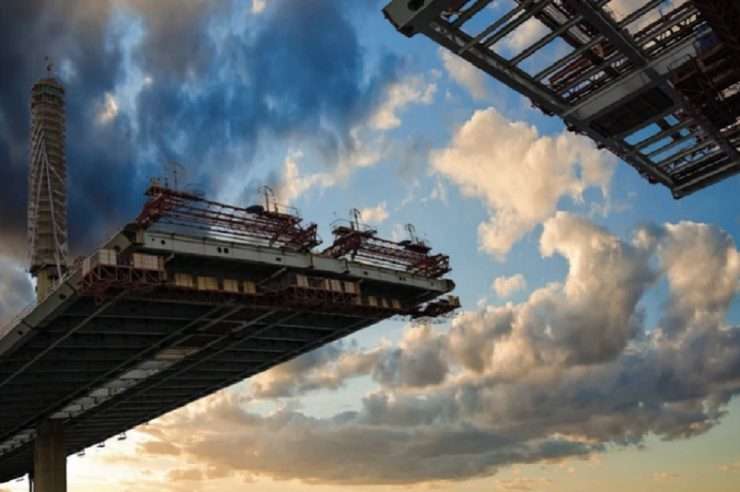 Decentralized finance is widely billed as the future of the financial world. This is largely due to the ever-growing range of protocols and tools that allow users to leverage digital assets for ever-more innovative and useful purposes — with speed and efficiency that legacy technologies simply can’t match.

Up until now, there has been a disconnect between the realms of DeFi and the real world. Because these protocols can only be accessed using cryptocurrencies, they are largely inaccessible to investors of more traditional assets.

This creates a problem when you consider that decentralized technology is generally built to empower the people — but few people are willing to interact with assets and protocols they aren’t at least somewhat familiar with. This can be demonstrated by the surprising lack of cryptocurrency support among retailers – despite the fact they generally look to make it as easy to pay as possible.

But this gap may be set to close, as a new generation of DeFi platforms looks to incorporate real-world and traditional assets into their utility — making them not only more accessible and intuitive to use, but also more capable.

One platform, known as BondAppétit is one such example of a platform bringing real-world assets to DeFi by providing the first stablecoin backed by real-world debt instruments. Initially, these will include fixed income securities of stable companies, but will eventually grow to include other bonds and asset classes.

BondAppétit allows for the creation of a new type of stablecoin, known as USDap, which is able to maintain its peg to the US dollar (USD) without the need for over-collateralization. Since stablecoins are one of the most commonly used DeFi products, BondAppétit may be among the first platforms to bridge real-world assets with DeFi.

Convergence is another platform looking to bring more traditional assets into the DeFi arena — albeit using a completely different approach. It takes security tokens, i.e. tokenized representations of traditional securities and assets (like pre-IPO shares and real estate), and then wraps them into something known as a Wrapped Security Token (WST).

These WSTs can then be traded on its internal marketplace or be composed within the broader DeFi landscape — thereby allowing users to leverage real-world assets on various DeFi protocols and platforms.

But Convergence isn’t the only one potentially bringing the benefits of real-estate to the blockchain. A whole range of platforms is now beginning to experiment with tokenized real-estate, including LABS and realT — both of which want to open up real estate investments to cryptocurrency users.

There’s even a platform, known as KIRA Network, that takes it one step further, by allowing users to stake their assets, whether that be regular cryptocurrencies, stablecoins, tokenized real-estate, derivative tokens, or anything else to earn staking rewards. While staked, these assets are represented 1:1 with KIRA Network derivative tokens, which can be used throughout the Ethereum DeFi ecosystem — ensuring users maintain the full liquidity of their assets while still earning a return.

#KIRA is a trustless #DeFi that enables users to stake any assets:

With more and more platforms looking to make using real-world asset-backed tokens a thing, it might not be long until cash, stocks, bonds, commodities, and other traditional financial instruments are universally recognized throughout the DeFi landscape — whether through wrapped tokens, synthetics, or some other yet to be invented technology.