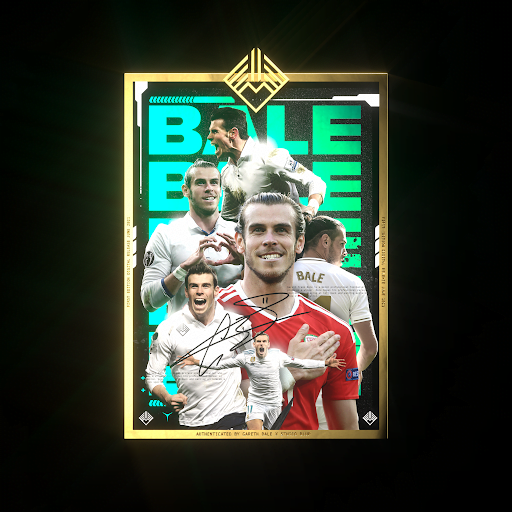 Welsh professional footballer Gareth Bale is planning to release a collection of limited non-fungible tokens (NFTs) on Crypto.com NFT. Bale moves to drop his limited NFTs collection amid the increasing expansion of the NFT ecosystem. Reports revealed that the NFTs would be available on Crypto.com on the 28th of September.

Bale’s NFTs will be in two forms. The first form of the NFT will consist of the footballer’s images in a poster. Some of the poster-like images will also feature Bale’s signature. The second NFT is a futuristic 3D recreation of the athlete’s iconic goal during the 2018 Champion’s League for Real Madrid.

Dropping the NFTs is a medium for Bale to create lasting memories of his iconic moments for his fans. Also, the footballer sees the NFT release as a means to support emerging creatives globally. An example is a digital artist DINES, with whom Bales designed the arts.

In a statement, Bale mentioned his satisfaction with the partnership with Crypto.com and the British artist DINES on the NFTs drop. He added:

Over the course of my career, I’ve had the privilege to play for incredible fanbases around Europe and the world. Now, I look forward to giving something back to my supporters in the form of digital assets that you can’t find anywhere else.

In addition, the sportsman said he sees the blockchain and NFT as a means to create awareness for things that are important to him, such as his Wales-based Velindre Cancer Centre. As such, a portion of the proceeds from the NFTs will go into Wales-based Velindre Cancer Centre. The cancer centre has been supporting cancer patients with specialist treatments across Bale’s community over the past 60 years.

Whenever we get to introduce a globally celebrated athlete to the NFT space, and welcome their fans into our community, it’s a historic moment that we really cherish. We’re honored to work with Gareth and Dines on this collection celebrating his storied career, and to do so in support of such a worthy cause makes it that much more special.