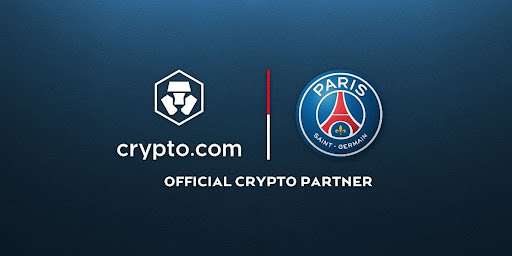 One of the world’s most renowned and revered football clubs has picked Crypto.com to be its first cryptocurrency platform partner. Paris Saint-Germain (PSG) announced today a multi-year partnership agreement with Crypto.com that will see a collaboration on exclusive NFTs and sponsorship payments in the native CRO token.

PSG has become a powerhouse in European football, utterly dominating the French league for the past decade and becoming a formidable challenger for regional tournaments. It has attracted the world’s best footballing talents, from Lionel Messi to Sergio Ramos, Kylian Mbappe to Neymar. With this, it has transcended the French league and become a global brand.

And now, for its first cryptocurrency platform partnership, it has settled on Crypto.com, one of the world’s fastest-growing platforms. The company boasts of over 10 million users globally and regularly ranks as a top 10 app on both the Apple App Store and Google Play Store. Aside from its crypto trading platform, it also offers a crypto card that’s available in over 30 countries worldwide.

This is not a first for Crypto.com. The company has been breaking new ground and becoming the first cryptocurrency platform to partner with a good number of the world’s top brands and franchises.

In June, it struck a $100 million sponsorship deal with Formula 1, the first of its kind for a company in the sector. While most details were not disclosed, reports claimed that the company would get brand presence in F1 events and receive trackside slots at F1 races.

A month later, Crypto.com struck an even bigger deal with the Ultimate Fighting Championship (UFC). The deal, which was worth more than $175 million over ten years made the company the first-ever global fight kit partner for the UFC.

Our mission since day one has been to accelerate the world’s transition to cryptocurrency. We do so by finding the best partners in the world, and Paris Saint-Germain is second to none. Between the brand visibility, stadium and team access, and collaborative development of NFTs, I have no doubt we’ll create new and exciting experiences for football fans around the world.

The PSG leadership was just as enthusiastic, with chief partnerships officer Marc Armstrong stating, “It is an exciting time for Cryptocurrencycand we cannot wait to work with Crypto.com to bring new experiences to all of the club’s fans.”