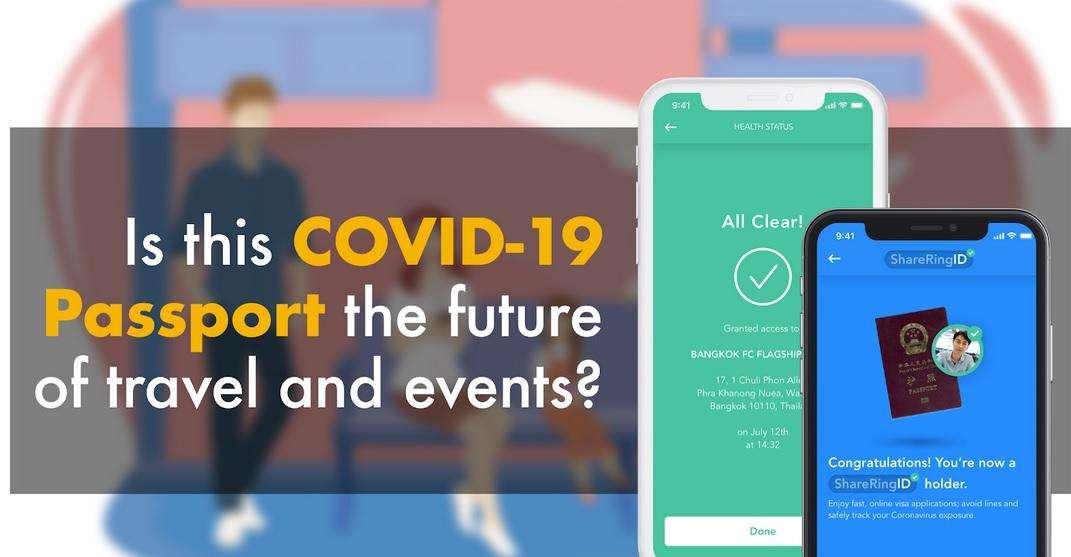 Many countries are divided on the tough decision to reopen their economies before a vaccine is available. While many wish to return to work and normal life, others are terrified at the prospect of losing their jobs or worse if they don’t risk exposure.

ShareRing seems to have an answer that could satisfy both sides: A COVID Passport.

While I was aware of the team’s teasing about the product, several major media outlets seem to be excited about it as well.

Forbes wrote an incredibly insightful article. The author, a venture capital investor and former entrepreneur put it this way:

Travelers’ “Proof of Health” is tied safely to a QR code which is scanned by airports, hotels or shops to reveal the status of their test, allowing for more freedom of movement and interaction with customers. Identity information is never stored on the blockchain and cannot be altered, preventing falsification and fraud where other contact tracing apps had third party storage of data.

If governments begin integrating ShareRing’s ‘proof of health’ passport — they could start to safely reopen their economies…especially travel, which has been hit the hardest. 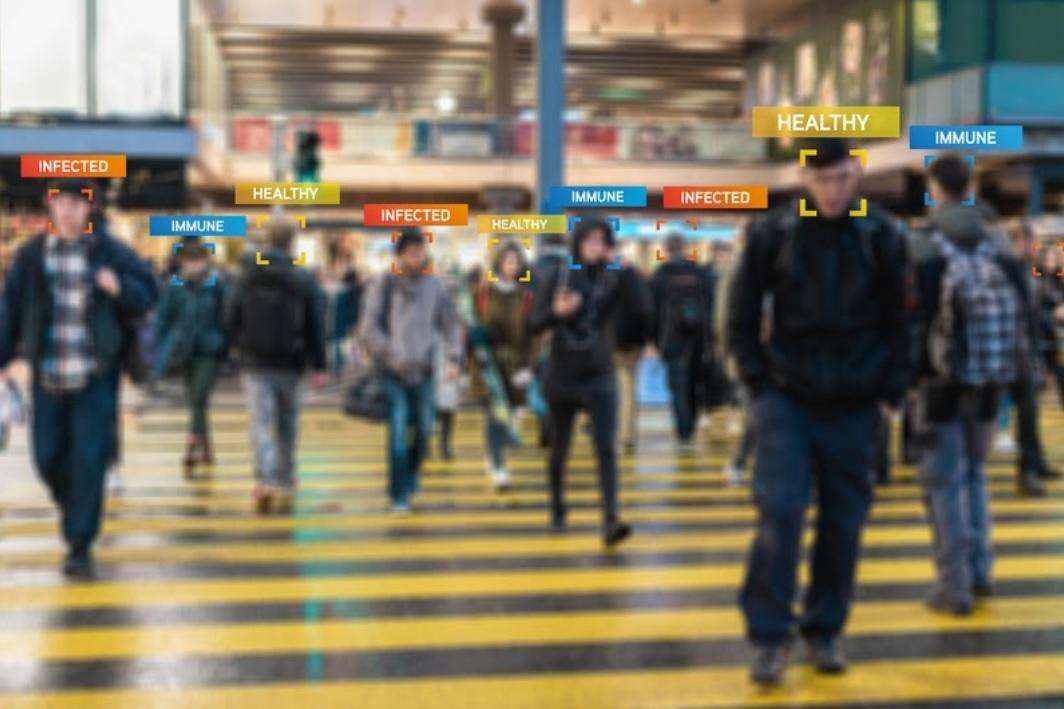 Take, for example, Thailand. They thrive on tourism. It’s the lifeblood of their economy. But they also weigh the dangers of COVID and the risks it poses to their citizens. That’s why Thailand has taken its first steps to reopen its economy to tourism by requiring health certificates for travel.

I don’t need to leap too far when I speculate that Thailand could easily integrate ShareRing’s new Proof-of-Health Passport into the ShareRing systems they already have in place.

The rise in transactions on the ShareRing blockchain would be immense. Take a look at these verified statistics.

35 million tourists. Each one of them now needs a clean bill of health, insurance, proper identification, and other services which could all be easily accessed from their ShareRing ID if they set one up — something which would save the government, businesses, and people themselves a great deal of time, money, and stress.

As I said, ShareRing is already integrated into a few of these vital systems within Thailand — it’s not a stretch of the imagination to speculate that the SHR COVID Passport will be next.

And if that pilot is successful, then the world opens up. 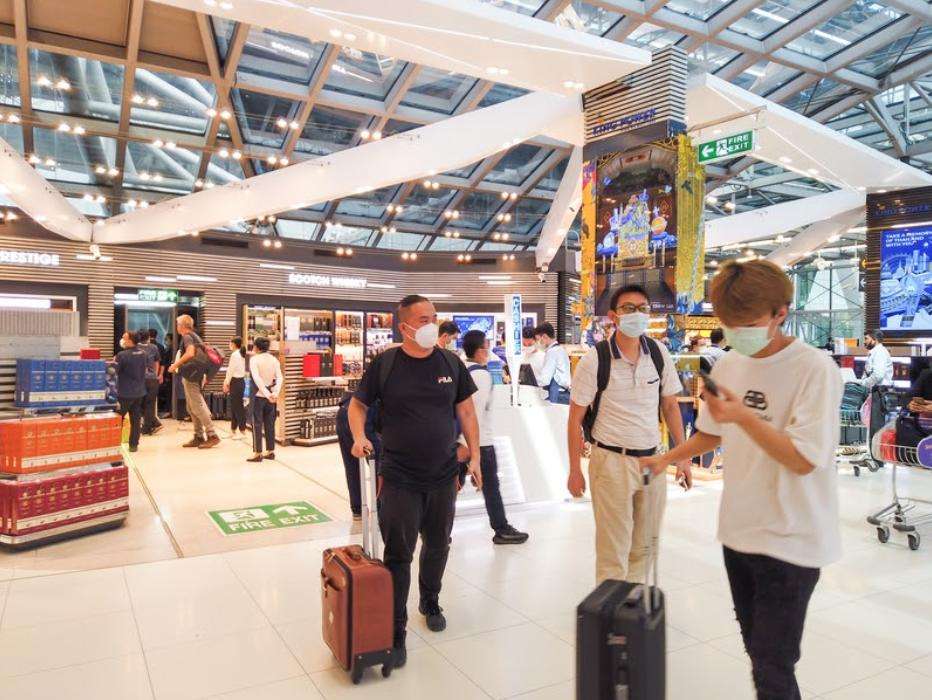 Governments around the world, including Chile, Germany, Italy, Britain, and the US, are all developing ways to require and integrate immunity passports – documentation showing that those who hold one have recovered from COVID-19 and are therefore safe to travel and have contact with everyone else.

These immunity passports are being pioneered by Chile. Their “release certificate” would enable people who hold them to skip all types of quarantine or restriction, Chilean Health Minister Jaime Mañalich said in April.

Keep in mind that tourism is “projected at more than 7 million international tourists estimated to travel to Chile.”

Not only that, but government officials said “they would move ahead with plans to issue the world’s first “immunity passports,” cards that would allow people who have recovered from the novel coronavirus to return to work, over the concerns of physicians who warned that much about COVID-19 immunity remains unknown.”

If the government in Chile sees the ShareRing COVID Passport and SHR ID system working in Thailand — you can be sure they’ll consider implementing it in Chile…and not just for tourists but for their populace which needs to return to work.

I’m calculating tens of millions of people using the SHR blockchain (which can scale to accommodate them quite quickly) in the short term and in the long term who knows how many more people in countries around the world would benefit from this ‘proof of health’ system.

That Forbes article also quoted ShareRing to show how user-friendly their system is and how it works to benefit governments, business, and the people themselves:

When someone signs up for a ShareRing ID, we take their photo, video selfie, name, DOB, address, etc, and store it in an encrypted file that never leaves the user’s device.  We also take a ‘fingerprint’ of the data and documentation and store that on the blockchain. The file is encrypted with your public key, so only you can access it. You can also back it up to your Google Drive or other cloud storage. If any information is changed it will not be recognized by the blockchain and the user will be forced to recreate their ShareRing ID.  When you use one of our services like the COVID-19 app, the app will send only the necessary information to the government (anonymously) to allow others to be notified if they have been in contact with you.

The fact that ShareRing’s system is provably secure with my data while still being able to share my health and ID with government systems that ask for it — it makes me want to push governments to integrate it faster. That way I could travel or at least feel safer as other people travel, not to mention all the benefits of the economy opening up again.

Perhaps I won’t need to wait too long. ShareRing’s already produced a teaser for their contact-tracing app. It includes the travel and e-commerce features they’ve been working to implement.

Seems there’s a bit of bright light at the end of this COVID journey the world’s been going through. Because even after COVID passes, the innovation it’s brought with ShareRing’s ID system will make travel and shopping and life a bit more safe, secure…and better. 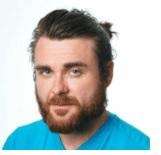 R.R. Hauxley traveled around the world … 1 year on 1 Bitcoin. 20 countries, 12 months, 1 Bitcoin. He wrote a book about it: Stolen Wallets and Where to Buy Them. Along the way he met and interviewed the sharpest, brightest minds in crypto today: Vitalik Buterin, Charlie Lee, and more. Today Rafael educates the crypto curious and delves further into the incredible world of blockchain.

ShareRing
Previous ArticleWhy should I consider Bitcoin trading?
Next Article Competition for Bitcoin: Goldman Sachs evaluating to issue own Stablecoin